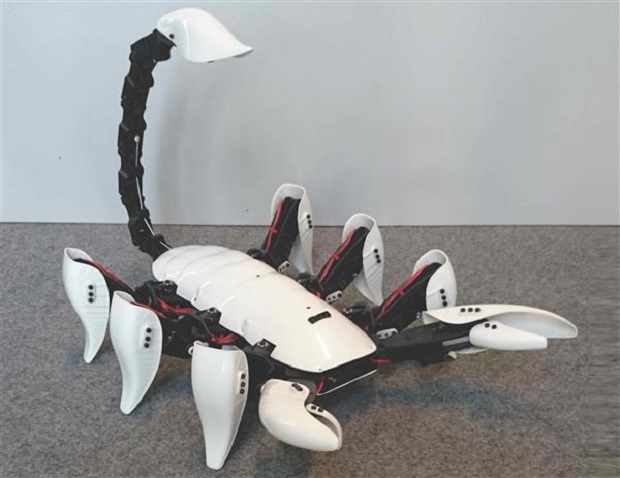 The scorpion is a foreboding figure that both scares and attracts people. Its image and characteristics are often used in cartoon characters, a powerful villain, or just a few years back, as a deadly robot that terrifies people venturing out to the desert. For this reason, and a lot more, it was not going to be very long before 3D printing will come into the picture and deliver a scorpion that will really sting the lights out of people. 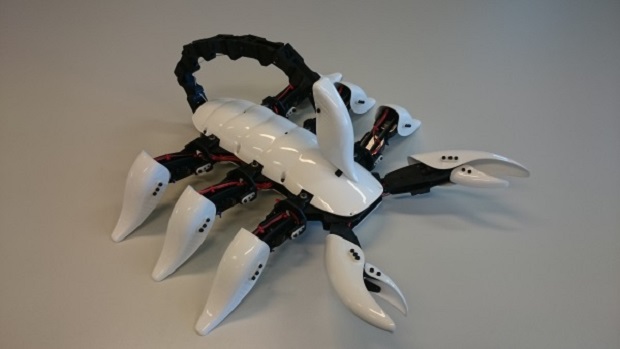 Three Industrial Engineering students at Ghent University in Belgium has come up with a 3D-printed Scorpion Hexapod that is built to “sting” people who dares to enter the portals of the complex’s Industrial Design Center. During the exhibition presented at the IDC, Pieterjan Deconinck, Stephan Flamand, and Robbe Terryn showed a robotic design made mostly of 3D-printed parts that has the ability to “sense” people and sting those who try to cover its eyes. Although the “sting” is in no way dangerous, the ability to do just that in the blink of an eye is really impressive and frightening at the same time. 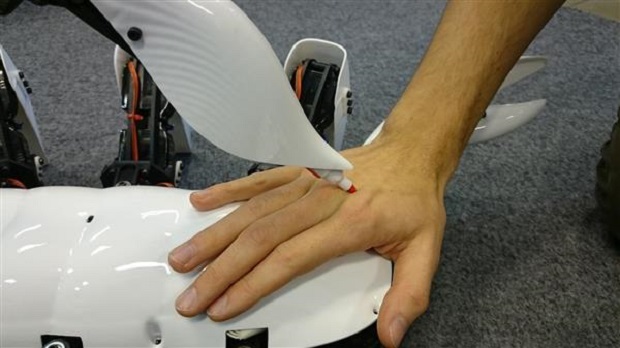 The GU students were fulfilling their requirements for their Mechatronics Design and Embedded Prototyping course, when they decided to upgrade the IDC’s beloved and popular—the Ant Hexapod. This ant crawled its way into the heart of Industrial Engineering students because it scatters candy all over the place for others to trace. The scattering of candy is quite symbolic as it stays true to the ways of what people at the university calls as the “Stigmeric Principle.” As it leaves a trail of goodies to follow, people will notice the Ant Hexapod and will eventually come up with a design that will improve about this design. 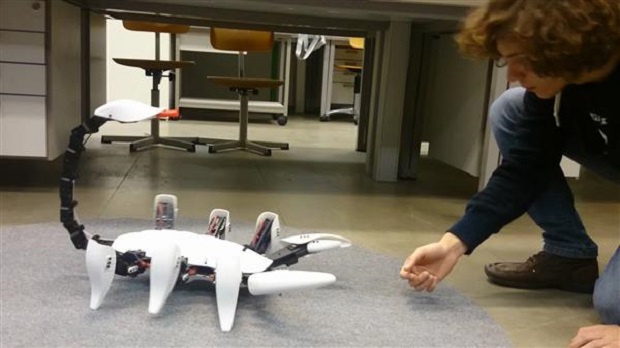 The Scorpion Hexapod is one way of truly elevating this principle and serves as a reminder that the “Stigmeric Principle” should be followed by virtue of the marks that the scorpion’s “sting” shows on the hands of those who touch it. This is a robotic and 3D-printed design that takes autonomous movement and modularity to a whole new level. The materials used on the Scorpion Hexapod are a lot better with practically all of the parts produced through 3D printing. To enhance the inch-perfect design, they also used a CNC machine for the milling while laser cutting played a major part in the structure as well. 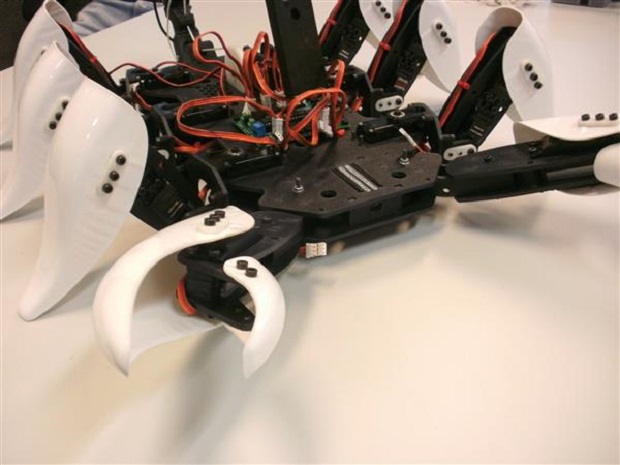 The creators of the Scorpion used the best 3D printers available in IDC’s arsenal. It includes the Protlab Ultimaker 2 and the colorFabb XT. Deconinck used incredible electronics and programming that give the robot unbelievable movement. The way it crawls all over the place and strikes with its tail is eerily similar to how a scorpion does it in nature. It can operate based on what it “senses” around and perform actions following the instructions as provided by the user through the GUI. As such, the potential to improve the Scorpion Hexapod’s abilities after upgrades are done is simply staggering.

The design is truly impressive as 3D printing technology allows the designers to endlessly tinker with their digital model. By meshing this technology together with electronic wizardry and incredible engineering, they have created a Scorpion that will capture not only the imagination of GU students, but entire world as well.