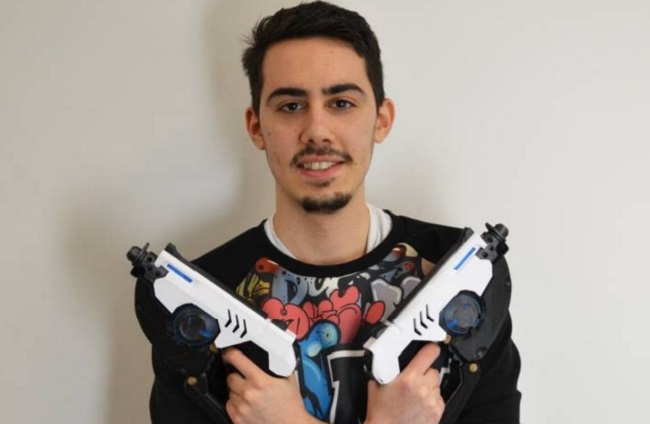 From his own 3D printed Ekko sword, Simone Fontana has done it again. Simone has loads of 3D printed models in the collection in MyMiniFactory. Simone is one of the few creators to have such passion and creativity in this kind of endeavor.

The new design is inspired by a new game by Blizzard which is about to hit the markets soon. Simone managed to recreate his own version of Tracer’s pistol from the game Overwatch. Tracer is an in-game character who is a Buxom-time traveler dedicated to fighting evil and obsess in completing a series of missions.

This first person shooter game may not be released sometime soon but gamers have been already anticipating the game and compensating the thirst with its beta releases and game trailers. Fans have been already cosplaying the double fisted Tracer with her guns and apparently gaining attention especially with Simone Fontana as well.

Even though the data used can be downloaded and printed on every 3D printer, Simone used all the resources he had and designed the gun in Rhino. Following the design, Simone printed the 22 parts with three different machines- Ultimaker 2, Dremel 3D Idea Builder and his personal Delta Wasp. 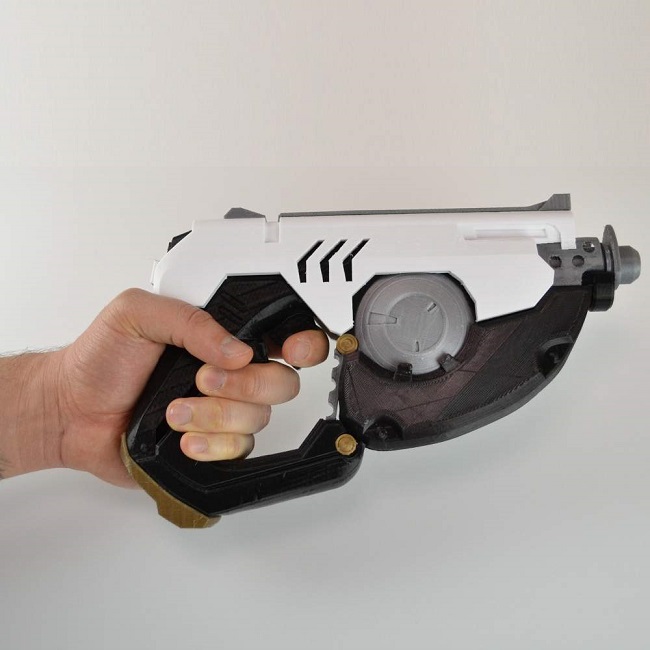 The design might need a whole lot of parts printed but Simone had promised that once everything is set, the 22 parts are easy to assemble. Simone had also produced a time-lapse video for his viewers to have an overview of the process of making the pistols.

In excitement, Simone painted the final piece with metallic paint even though the parts he printed was in the actual color of the design. The overall color scheme is fairly suitable to the design and the good thing about this is that anyone can get away with only the 3D print design as is without even adding more color to it. Although Simone had included all the time and effort he spent in painting the design in the video as a guide for other printers who wish to take the time in defining the features of the gun whether by adding the color blue and metallic feature add-ons. 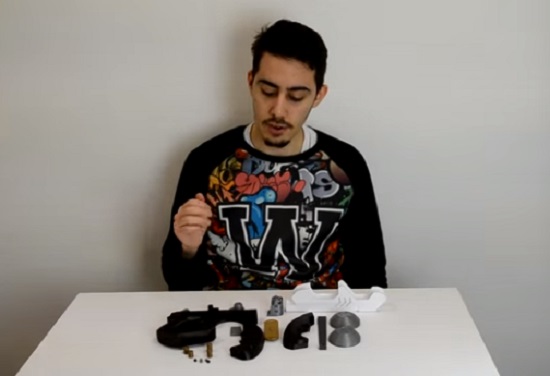 In addition, the main character of the game is a female so the design was for cute hands. This cosplay design is much needed for maximum coverage in wiping off the enemies. As the release date of Overwatch grows closer by the day, it is obviously clear that fans will be expecting more design treats from Simone. The creator even teased about something more exciting that he is going to release next week.

The design files used in making Tracer’s gun by Simone is made available for downloads at MyMiniFactory. Fontana even reassured that making the replica of Tracer’s gun would only medium difficulty and based on the information he posted on MMF, the printing may only take around 21 hours.