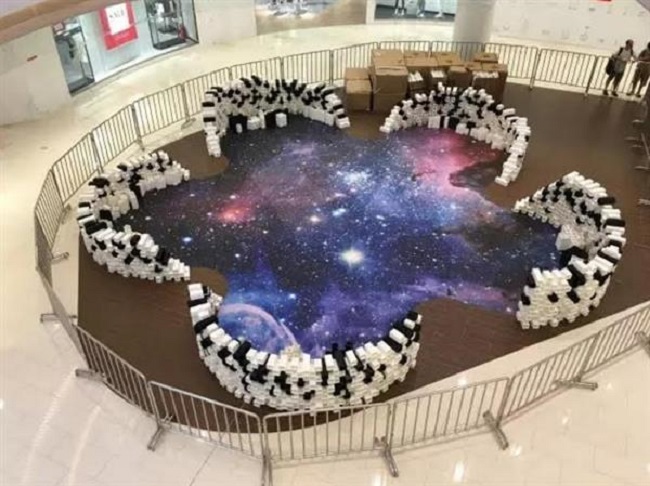 There are a couple of groups involved in the project such as the Chinese RISE Education Group, DeFacto, Edelman, as well as the Beijing uCRobotics Technology. The collaboration has been working together in building the 3D printed structure with the help of FDM 3D printing equipment and the biodegradable PLA filament. As of now, the structure already resembles a flower if viewed from above and it has already used 1.8 tons of filament which are also equivalent to about 600,000 meters, and it measures 3.4 meters in height, and it has a span of 100 square meters. 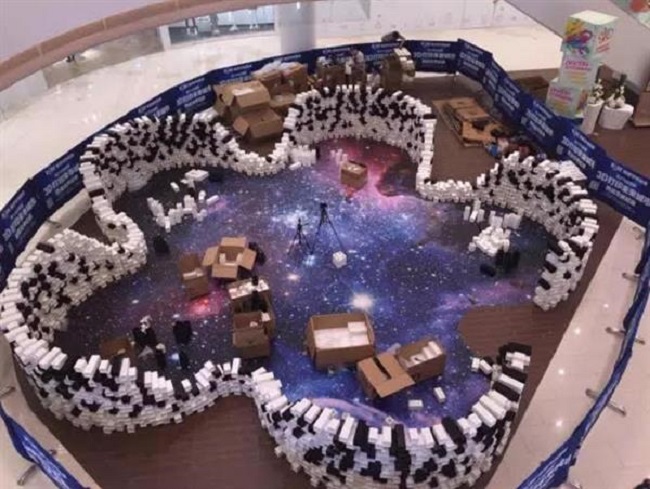 The Beijing-based uCRobotics, in charge of the 3D printing work, reportedly took 45 days to finish the entire print work. The construction involved printing 3D hollow blocks which were later on assembled by a team of helpers. The 3D printed formation will be made up of five main components which will be the petals of the design. Each petal will be made up of different 3D printed hollow blocks which can have the color of black and white. The sizes also differ when stacking the blocks. The final phase of the structure will involve around 5370 3D printed blocks, and its expected date of completion will be after six days of assembly.

For those who are interested in viewing the finished product of the large-scale 3D printed structure, the masterpiece will be open and presented to the public from August 21 to September 6. The location will be in the Daxing District, Beijing at the Longhu Era Building. Also, the structure will we be on display to the public for a short time. The design was made with modularity in mind, and it can be built and rebuilt by just removing the blocks individually. 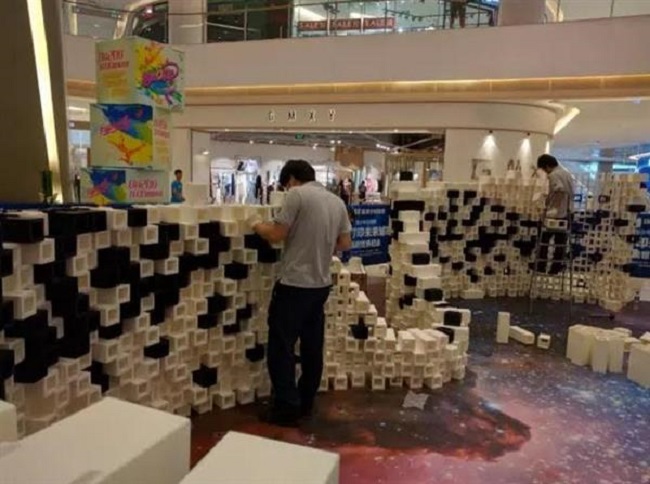 Also, since the project aims to create an eco-friendly structure, the organizers are planning to give away the 3D printed blocks used in building the mega structure. The hours of 3D printing and the tons of filament will not go to waste because of this donation. These hollow blocks can be used as flower vases and as small lamps in the household. This can shed a new light when it comes to the design it gives. This can also give a positive lesson to the younger generations when it comes to up-cycling, potential of the multi-functional material, manufacturing cycles, and the decreasing the overall consumption. 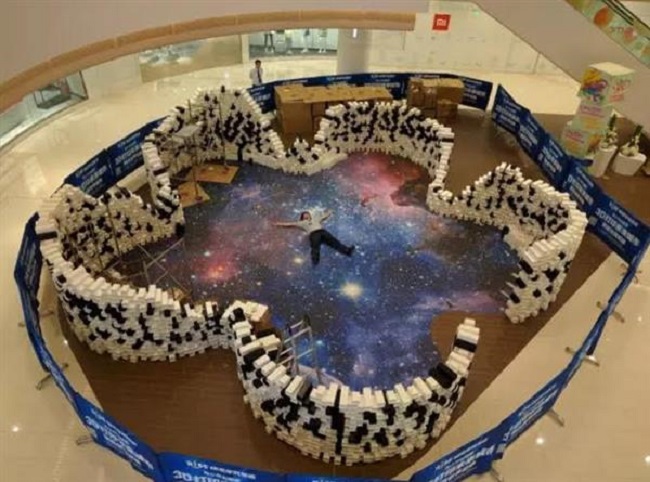 This project was initiated by the RISE Education which allows students every year to come together and think about the future of the society, health, transportation, design, education and more. This can give the younger generation the chance to showcase talents and ideas about creating a sustainable environment for the future.