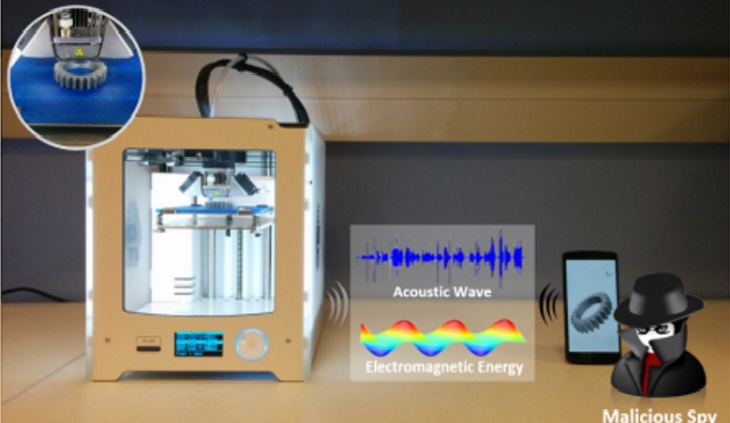 3D printing is one of the popular innovations today, and many people really appreciate its results. Different kinds of people, including those working in the industry have realized how useful 3D printing is, like in providing manufacturing vehicle components or from creating drone parts. This simple technology is originally used by engineers in creating prototypes easily, but it has quickly become more complicated.

By seeing the emergence of the products of 3D printing such as new software and hardware, we are certainly enjoying them, especially because these options have lower prices. As 3D printing becomes popular, problems also arise, such as intellectual and copyrighting property issues, health/safety and environmental concerns and security considerations.

Just recently, there has been a report about the danger that 3D printing is facing from malicious hacking. During the 3D printing orientation, the potential vulnerability to cyber hacking was shown. The University at Buffalo is even exploring with how easy it is to hack into a 3D printer, stealing some valuable designs.

Chen Song, Kui Ren, Feng Lin, Chi Zhou, Wenyao Xu and Zongjie Ba, wrote about the intellectual property protection that needs to be considered strictly and strongly. Furthermore, the researchers explain the reason why smartphones can easily hack a 3D printer and other hardware, and why these devices are considered ideal for stealing a 3D intellectual property.

The exploration into IP theft was actually simple. With the use of their smartphones, researchers programmed the built-in sensors to take measurements from the acoustic waves and electromagnetic energy that come from a nearby 3D printer. The sensors are able to gain access to the design because they can track the 3D printer nozzle’s movements. At a 94% accuracy rate with a distance of at most 20 cm, the IP thief can already get enough information just by listening to a phone call.

Definitely, smartphones are a great weapon to use in hacking a 3D printer without any physical contact at all. By using the recording application on your smartphone, there is no need for the hacker to be present at the scene. The smartphone just records the side channel data simultaneously during the printing process.

The original complex shape is on the left. On the right is a replicated shape that was created after the smoothed reconstruction result.

In order to avoid IP attacks to a 3D printer, researchers recommend several ways, including the use of dynamic configurations while generating G-Code and the obvious speed or distance. Apart from these, using ‘dummy tasks’ is also another option because it can fool the smartphone sensors that are trying to retrieve data.

For the hardware, side-channel interference and hardware shielding are what the team recommends. Electromagnetic shielding hardware is effective, but it can also be expensive because you need to buy additional equipment, and 3D printing operations can be affected as well. A counter-attack may be used against smartphone sensors such as the possibility of noise functioning.