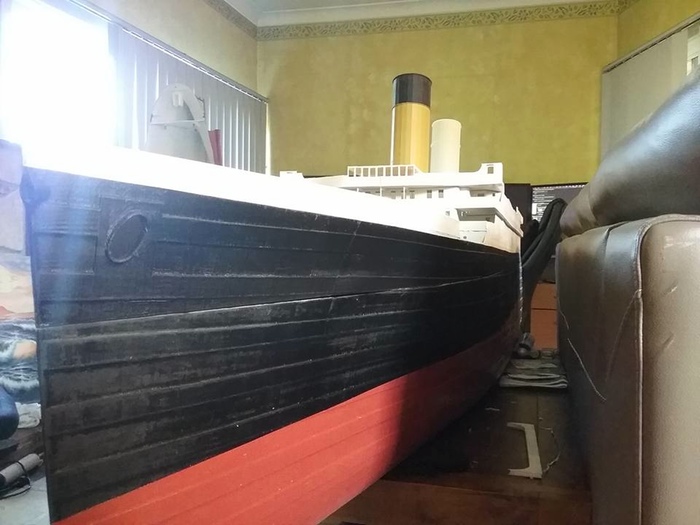 In 1912, the incident of the sinking of the RMS Titanic was a historic event and perhaps considered the most romanticized maritime disaster of all time. Later on, it was reanimated into a love story between the characters Jack and Rose played by Leonardo DiCaprio and Kate Winslet, respectively. The Hollywood movie was released in 1997, and made several eyes cry across the world because of the heartthrob’s effective acting. Moreover, it also revived the interest of the people in one of the unforgettable mishaps of the 20th century. 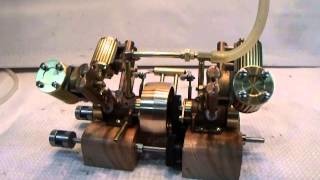 Bernard Dohnt, a Sydney, Australia-based model designer created early this year a 1:72 scale replica of the Titanic with the use of 3D printing technology, measuring 13 feet long and comprising of more than 150 fully 3D printed components. After completing the historic passenger liner model that was designed and scaled accurately using the authentic blueprints of the ship, he realized that it is actually possible to make the model much bigger and better. Thus, he decided to make it again to a much larger and functional 1:24 scale model. 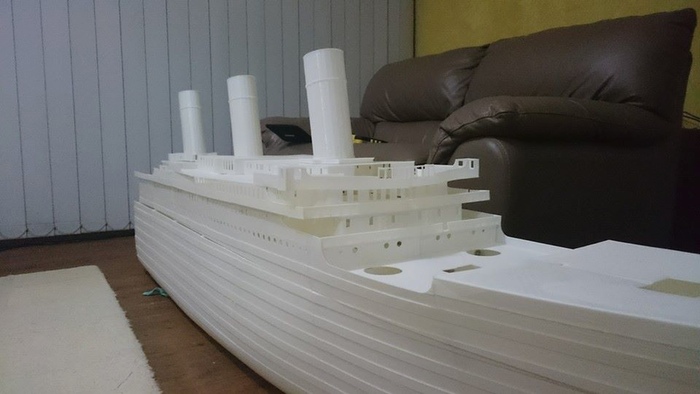 By launching a Kickstarter, Dohnt is able to fund this pricey hobby of his and produce this enterprising project as well. All the components of the old smaller-scale model was made of 3D printed parts. Meanwhile, the proposed 36-foot steam-powered prototype will also include traditional parts, including the planking and wooden frame, but it does not mean that 3D printing will not play a major role in the construction. According to the designer, 3D printing technology will be used in creating planking bulkheads and other small detailed parts.

Dohnt will utilize his own efficient laser cutter, which he also developed, in producing the frames and covering of the model ship. He has housed this project under his company named BernCo Models, which is also a manufacturer of large-scale ship models such as the 1:24 Titanic replica. It will be large enough to cater a driver and 2 more passengers, which explains why Dohnt find it necessary to pair 3D printing technology with other traditional methods and his DIY laser cutter.

His Titanic model was re-designed that already includes live steam engines, which he claims to be the most authentic and affordable option available. The functions of the model are just like the original passenger ship. The interior of the model will feature one dual piston steam engine, two quad piston steam engines, three 4-inch boilers and a seat for a stoker that manages and maintains the engine. In order to finally complete the replica, Dohnt is facing some obstacles like weight distribution that he needs to overcome. 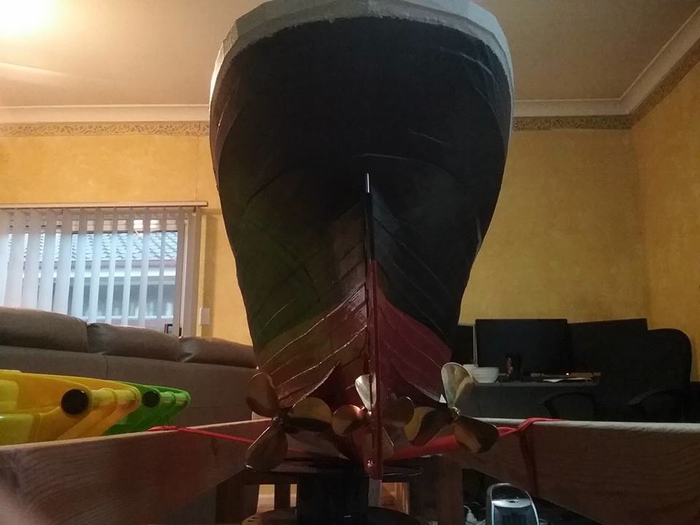 The Kickstarter campaign needs to raise $20,000 AUD to be able to complete this functional model. Around December 2017, Dohnt plans to complete the project, but would need the help of the crowdfunding community. He is also offering a wide range of reward for contributions. Of course, we will absolutely support the model designer because this is a project that we want to be finished and see sail off.