A350 Planes to Get 3D Printed Parts from Materialise

A350 Planes to Get 3D Printed Parts from Materialise 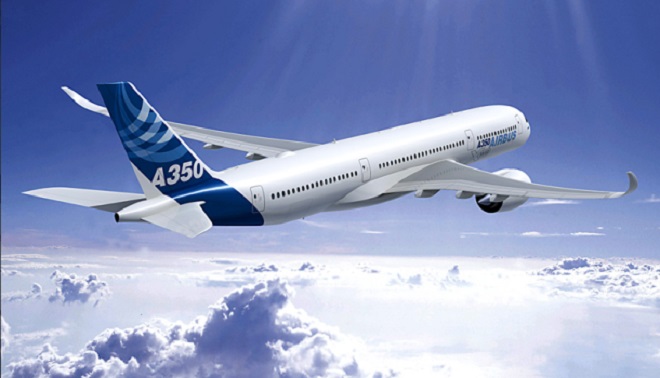 April, 2015 is a great time for 3D printing because the manufacturer for medical and industrial 3D printed materials, Materialise, has been given the authority to create end-use parts for aircraft. They have acquired the EN9100 and EASA 21G certifications, which means they can now design and print airplane parts.

Their business partner is Airbus, one of the premier manufacturers of aircraft. The people at Materialise have also revealed that they have begun their process of printing aircraft parts for said company. To help focus their attention on a model and to fine-tune their methods, they were allowed to work on one of the newest and more fuel-efficient planes from Airbus, the A350 XWB.

Interestingly, the A350 XWB was just released earlier this year and it was created to reduce the consumption of fuel by 25 percent, in comparison to their competitors. A 25 percent decrease in fuel consumption is a great way for aircraft to be more efficient at giving service to travelers from all around the world. Even the interior design of this airplane model was made to reduce the discomfort of passengers by having more space for each person when they sit down.

3D printing would allow the company to actually hold back some of their maintenance requirements and to improve the dependability of the new airplane model. 3D printed materials & parts would certainly provide balance to many layers in such a huge machine. The A350 ZWB actually has over a thousand parts that are 3D printed. Stratasys was the main provider of 3D components for Airbus, but the addition of Materialise was a welcome decision. Bart Van der Schueren, the Vice President of Production for Materialise, has stated that Airbus actually appreciates the benefits of 3D printing.

One cannot deny the sureness and reliability of these printers because they can provide a proportional and well-balanced item that has been accurately designed on a computer. The equal and proportionate dimensions of these designs would contribute a largely better component, as opposed to the traditional ones.

Airbus has been very open when it comes to the inception of better and more effective technology. They are determined to push the envelope when it comes to providing only the best for their consumers. The new A350 XWB has become their staging ground and it would only become the first of many more aircraft that would benefit from such a change.

Many companies have utilized 3D printers in the integration of their products and the creation of their components. Slowly, but surely, manufacturers are turning their collective heads toward the benefits of having a great module for crafting. From jet engines to other machine parts, 3D printing has allowed balance and accuracy to make their influence upon the many moving parts of the industry today.

In an age of speedy innovation and constant change, one may think that 3D printing is a revolution of sorts because it rewrites the fundamental aspects of item creation. For good or for worse, it has only provided exemplary results.