3D Printing Technologies Were Used To Save Baby’s Life

3D Printing Technologies Were Used To Save Baby’s Life 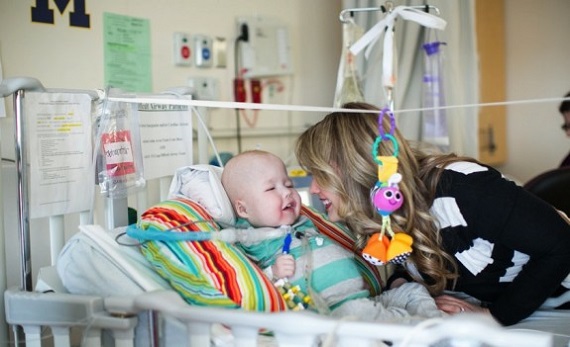 Science, technology and medicine are constantly changing nowadays. The most wonderful and incredible life-saving technologies are 3D printed, and not grown in petri dishes. That’s how we notice science and technology have grown.

Since the earliest days of Garrett Peterson his parents could watch their child just suddenly stоp breathing.

Garrett’s mother, Natalie, confessed that sometimes it could take him nearly 30 seconds to turn blue from totally normal. That sounds scary and awful. 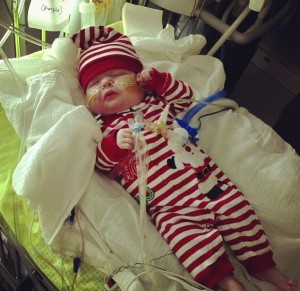 Garrett suffered from inborn tracheomalacia , in other words, a defective windpipe. Because of the condition kid’s windpipe became so fragile, that it will collapse even because of the smallest thing. As a result, the child will lose his ability to breathe. When Garrett got just a little upset, he would turn blue in no time, added his mother.

Garret’s parents thought Dr. Green would help them, so they contacted him at the University of Michigan. There he takes specialty in conditions like Garrett’s. Dr Green and his colleague Scott Hollister, a biomedical engineer running Michigan University’s 3-D printing lab, worked out a wonderful solution to Garrett’s medical case. They managed to create a device that will help to hold open Garrett’s windpipe, or at least open it till that is enough to work solely.

3D printing is astonishing. Having a usual printer at home is no miracle. A 3D printer shoots some other material, rather than ink, like metal or plastic, and as a result you get a real 3D thing.  First 3-D printing became a technology that showed a new way of producing things, dealing with day-to-day problems. Today it can be seen as one of the methods of medical treatment. 3D printers can be used to print medical devices. Particles of plastic are melted and dusted with a laser. Quite recently in Italy doctors managed to print a jawbone. However a problem with Garrett is more serious and complicated.

Garrett, a 16-month-old baby has a problem – he stops breathing from time to time. So he was transferred from Salt Lake City to Michigan, where Dr Green and Dr Hollister got down to work. They began with taking a city of Garrett’s windpipe. Later they’ll make its 3D copy. Temporarily they tailored a small flexible tube to suit the boy’s windpipe. It served as a protective shell that helped to open the pipe easily. The baby’s condition was still getting worse, the doctors didn’t know if he would survive. Finally the surgery was due on January 31st. 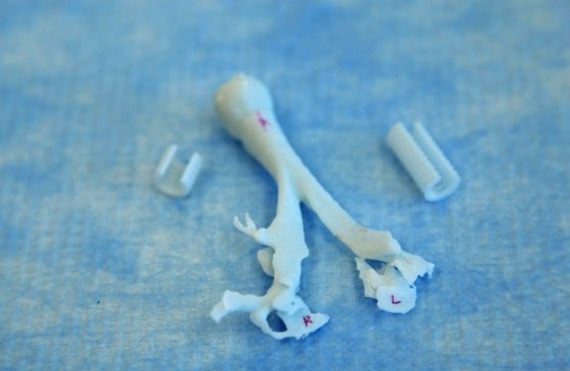 When Dr. Richard Ohye began the surgery and made the first few cuts, he noticed that the baby’s windpipe had collapsed and one of the lungs got white. The surgery took doctors more than eight hours to install the splints securely and place them into the boy. When the air was blown though the windpipe, the lung became pink and the windpipe remained open.

Now Garrett is 18 months old, he’s getting stronger day by day. He is smiling and loves to play with the toys. The baby’s parents are excited. His windpipe will soon get strong enough to function solely on its own.

Inspired by this case, Dr Green is going to begin a study to save many more babies using the technology. According to Green, this case is the most wonderful thing in his life since times at medical school. 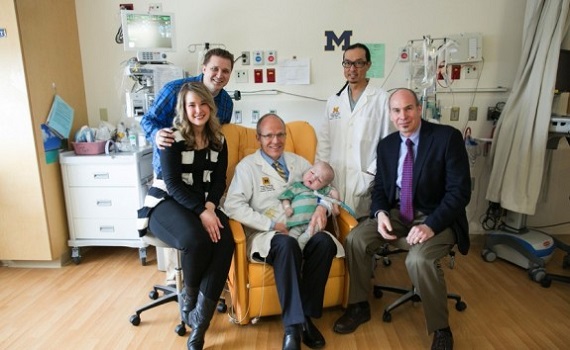