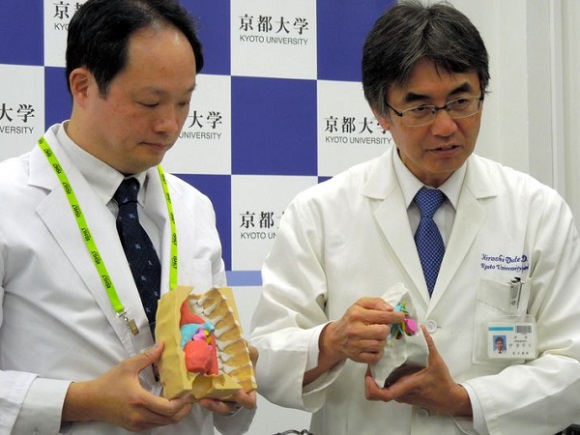 One more life has been saved with help of 3D printing technology. Kyoto Medical Institute has recently announced that they transplanted part of a right lung into left lung of another person. This is the first case in history of donor lung transplant.

Usually a lung is implanted to the same side it’s originally from. However, in case of women, that urgently required transplantation, it was very difficult to find donor of the same blood type and the only person suitable for this was her husband. But his left lung was too small for successful surgery and doctors decided to take a part of men’s right lung, which was much larger than his left one, then rotate it and transplant to the women’s left lung.

As there were no such experience before this surgeons used 3D printer to get full-scale model of recipient chest and left lung. This was necessary because of different locations of bronchi and blood vessels in left and rift lungs. 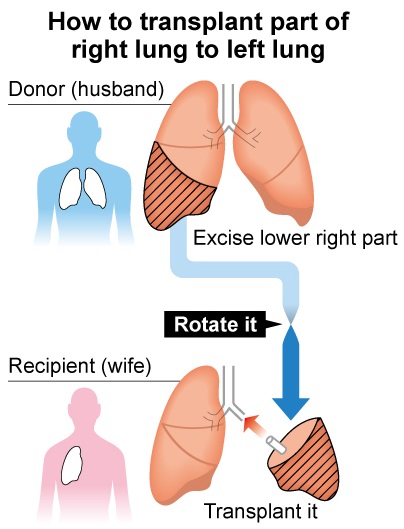 The surgery was performed in March and it went smoothly. Kyoto Hospital reported that women was discharged on May 10 after she became able to walk 10 000 steps a day. The donor has fully recovered after surgery and returned to work.

“The existence of the option of implanting the right lung in the left lung will enable more patients to undergo transplantation,” said Hiroshi Date, a pulmonologist and professor at the hospital.

Further research will be performed to study in more details this case to enable other people survive using the same kind of operation. However, it’s good to know that 3D printing technologies helped surgeons to save the life of this particular women and possibly for hundreds other who are waiting for a donor lung.

based on The Asahi Shimbun

Group of teenagers rebuilt a wheelchair for one of classmates using 3D Printing
1730 Full Metal Hotend Allows Printing in Any Kind of Filament
3D Printed Mine Kafon Drone
Urban Cabin: A 3D Printed Cabin Created by the DUS Architects