3D Printing in Space Will Become Reality This Summer

3D Printing in Space Will Become Reality This Summer 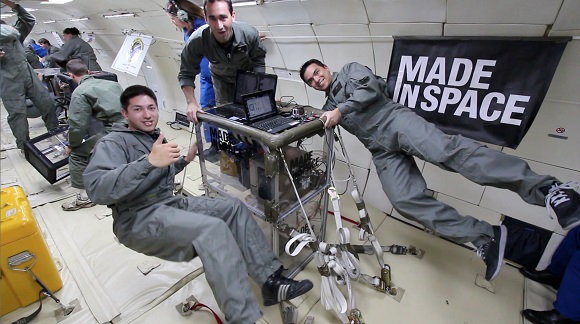 It is not hot news that 3d printing technologies can be used in space and can simplify a lot of thing such as building a moon base and etc. This May NASA is planning to launch next mission to the International Space Station and one of astronauts is ready to 3D print there.

It will be the first time when astronaut Reid Wiseman fly into space and he eagers to use 3d printer during his stay at the station.

“Imagine if you’re going to Mars and instead of packing along 20,000 spare parts, you pack along a few kilograms of ink. Now, you don’t even need to know what part is going to break, you can just print out that part. Let’s say your screwdriver strips out halfway to Mars and you need a screwdriver, print out a screwdriver. Really, I think for the future, that’s pretty fascinating. I really like that and it’ll be fun to play with that on orbit,” Wiseman said in a news conference this March. 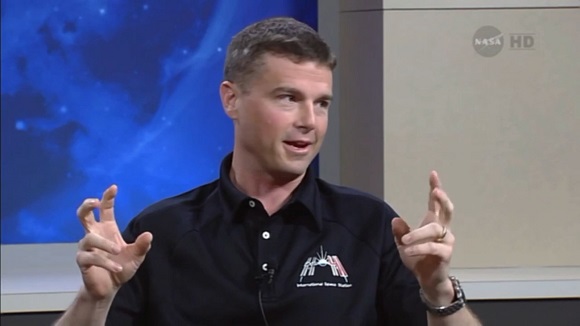 A 3D printer called 3D Print (short for the 3D Printing in Zero G Experiment) that is planned to be used by Wiseman was developed by the company Made in Space. Currently it is still on the Earth and it is planning to launch the printer to the station on SpaceX’s fifth robotic resupply mission. Made in Space co-founder and Chief technologist Jason Dunn recently said that their 3d printer can manufacture about 30 percent of the spare parts currently on the space station.

Wiseman thinks that not only him but all his crewmembers will be excited about this event in the space, but at the same time he jokes that allowing them an access to the printer at all times is not a good idea.

“I think the ground will uplink a sample and get it to print out because if they let the crew print stuff out, we’d run that thing out of ink in five minutes,” Wiseman joked of the 3D printing process. “We’d print out all kinds of good stuff … Just to know that this technology works in microgravity, I think it’s going to change our future flying.” 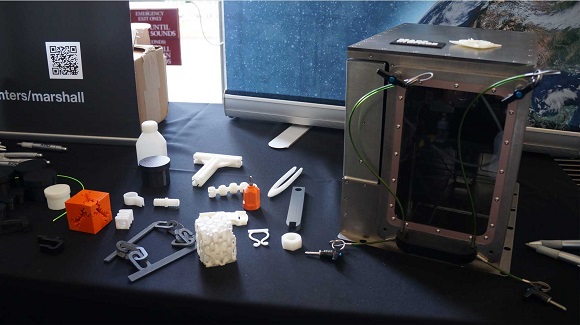 A 3D printer developed by Made in Space

Recently, NASA also awarded a $125,000 grant to develop a space food making 3D printer that could be used on long-duration manned missions to deep solar system locations like Mars.

From our side we want to wish good luck to Reid Wiseman in his experiments and truly believe that 3D printing is the future of the space industry.

3D Weaver creates flexible woven structures out of wool
Will 3D-Printed Food Be the Next Step in Man’s Space Journey?
Understand Your Cats Language with the 3D Printed Catterbox
Life-size Winterfell Castle: A 3D Printing Showcase