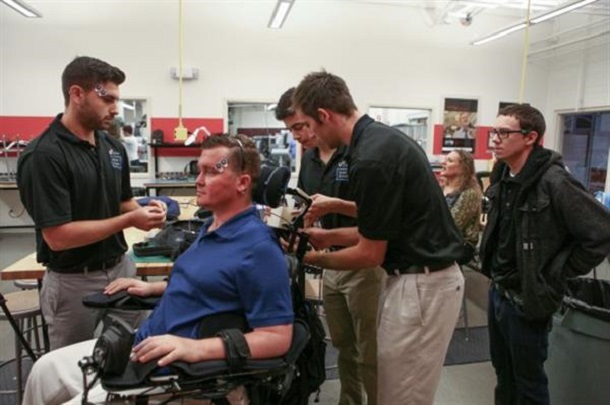 The University of Central Florida has students that have formed a non-profit organization that would enable them to help disabled people in wheelchairs to control their electronic seats to move on their own with just the use of their facial movements. Introducing Limbitless Solutions. It made its way into public consciousness when the organization donated 3D printed robotic arms to Syria to be used by disabled kids.

The idea for the unique preset for the wheelchair controls came to the minds at Limbitness Solutions only a year ago. They went with it and they also went on to inspire some of the newer members of the organization to actually work on the project. The assistive device was designed digitally and printed using high tech 3D printing machines. 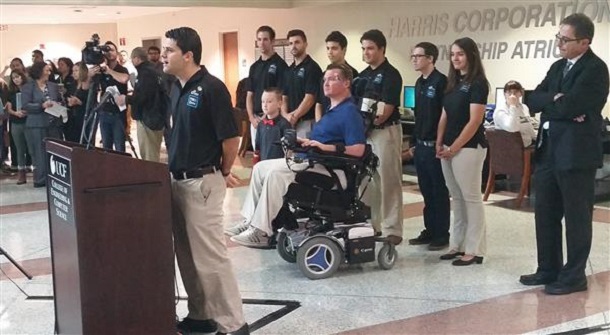 The founder and CEO of Limbitless, Albert Manero cited veterans and people who have gone through accidents and other life-altering events as their inspiration when it comes to the creation of the 3D printed device. They worked hard for such a machine to come to fruition and they believe that their efforts had finally paid off. They had completed their prototype and had even gone so far as to let a disabled person on a wheelchair test its effectiveness.

While the 3D printed sensor box is a brainchild of a slew of technical and scientific prowess, it is fairly simple for the user to manipulate. The device is literally a small box that has been inserted with wires and other components that are attached to the controller stick of the electronic wheelchair. These wires are then connected to electromyographic sensors, which are attached to the face of the user. Specific facial movements would enable the sensors to fire up and send signals to the box, allowing it to create a physical representation of the facial instructions or in this case, a module to move forward, left, right and backward. 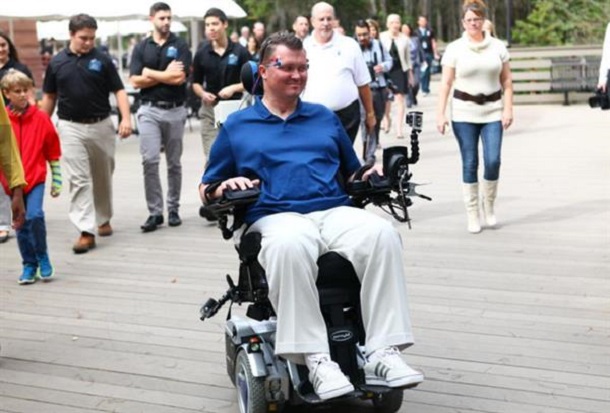 The device developed by Limbitless has a similar function to an award-winning 3D printed technology that was made by Patrick Joyce, David Hopkinson and Steve Evans because they both enable the user to control the wheelchair without using their hands. While Joyce, et al had developed the technology with the use of eye movements, Limbitless’ designs utilize the face of the user.

Charlie Merritt, a U.S. Marine who was injured in a diving accident in the year 2014, became a quadriplegic who relies on his wheelchair to function to actually move around. He was introduced to Limbitless and their revolutionary technology and he found it very easy to learn the controls and to just let his facial movements take control of the movements of his wheelchair. This was his thought on the add-on: “The right side of your jaw to go right; the left side of your jaw to go left. I am part of the video game generation, so I got that down.” 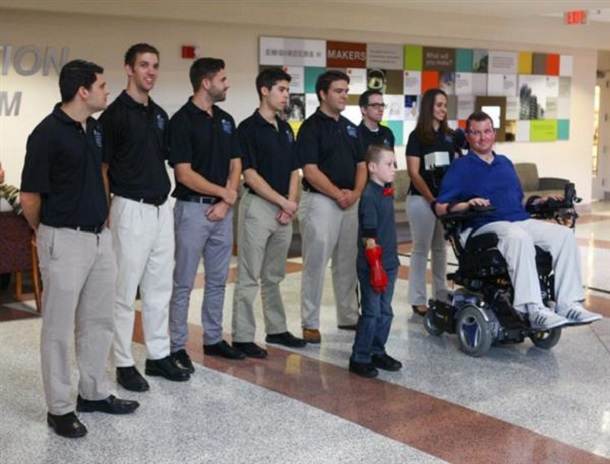 The 3D printed device from Limbitless is not an overly expensive device. While most advanced electronic assistive devices have a hefty price tag, this one only has a $150-$300 price tag. Someday, it would become one of the most accessible components for the disabled and they won’t have to pay top dollar for it.