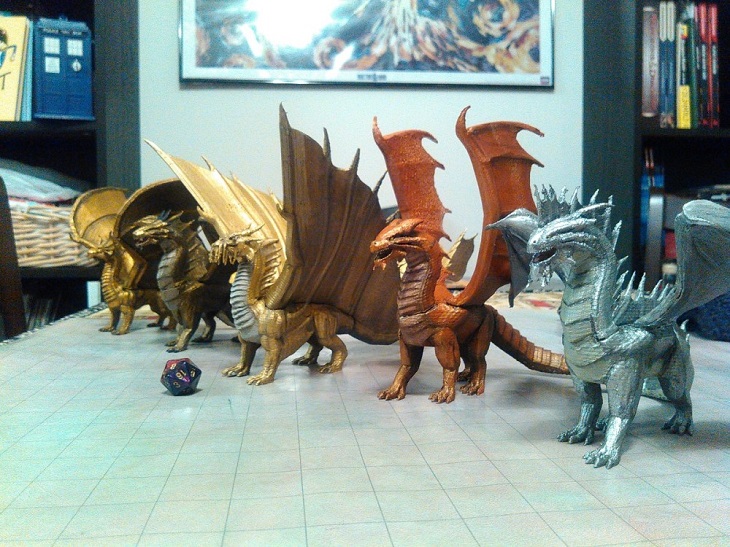 The role playing game that has captured the imagination of more than 20 million people in a world of adventures, battles, magic, and personal quests is now even better with the latest sophisticated technology that is just starting to really influence the general public. Without a doubt, Dungeons and Dragons have occupied the minds of a staggering amount of people over a period of nearly forty years. Despite the fact that its unquestioned success has spawned off more than a few competitors, this RPG remains to be the most coveted and revered among the lot. 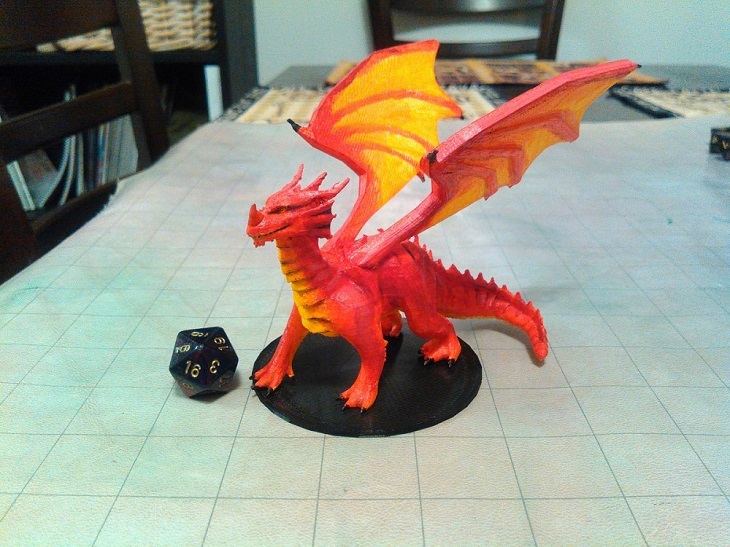 It is therefore very logical that something as influential as D&D should someday be taken for a more personal ride by a loyal fan. The fan in questions here is Miguel Zavala, who was previously in the armed services for over 15 years and was an off and on 3D practitioner until his first D&D 3D printed Black Dragon totally changed his devotion to 3D printing technology. 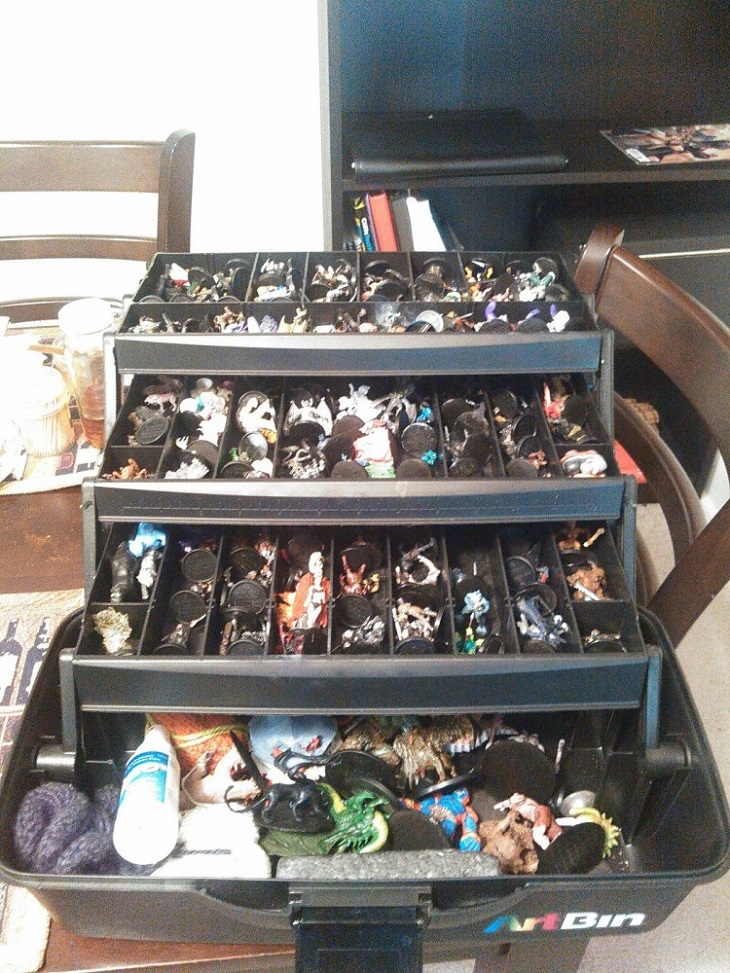 Zavala was so enamored with 3D printing that after fabricating his first additive layering model through the public library’s 3D printer, he went on to purchase his own Printrbot Simple. Better and quicker access to a 3D printer allowed him to expand his collection of 3D printed D&D characters to more than 200 impressively accurate models. The motive behind this fanatical zeal is very simple. D&D makes him very comfortable and just as thrilled now as the first time he rolled the dice. He simply wants fellow D&D loyalists to improve their gaming experience through 3D printing technology. 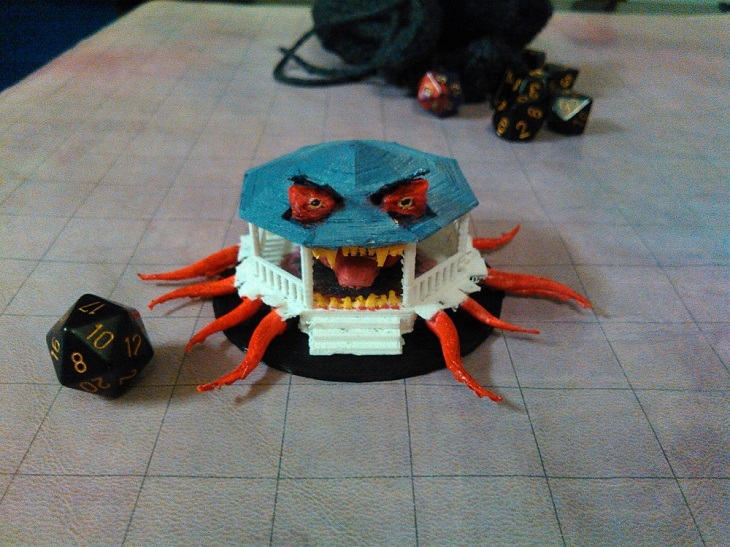 Zavala based his designs right out of D&D’s massive 5th Edition Dungeons and Dragons Monster Manual. Anyone who has played the game will know that the book is indispensable for the game to be played. More than likely, any fan worth his salt should have, at one time or another, had the chance to look at the manual’s incredible list of characters in their full glory.

The fabricated 3D printed characters are naturally varied owing to the 350-page manual as reference material. Among his many awesome creations are the ridiculously cool dragons, demons, and giants. There are also very interesting and never before seen characters such as the Flame Skull and the Beholder. The characters range from the usual make-believe characters to other personalities that are just truly unimaginable without the Monster Manual. 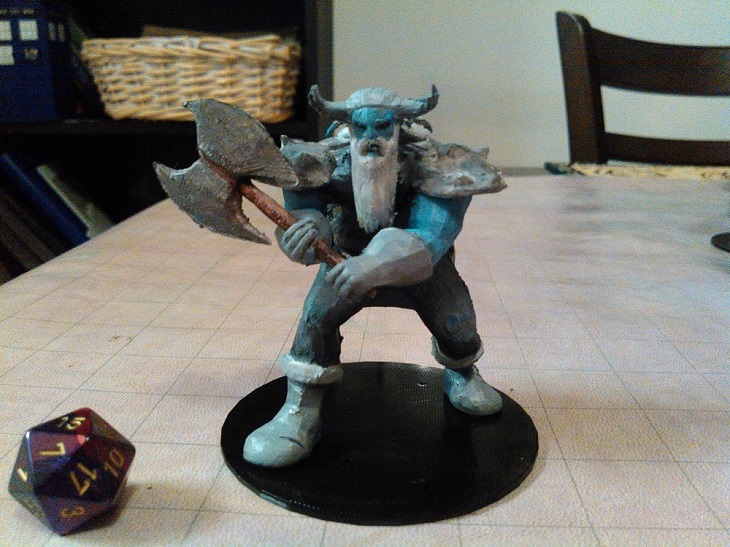 Other than the earliest models, most of his creations were 3D-printed right out of his reliable printer, the Printrbot Simple by using PLA filaments. Prior to the 3D printing, the digital models were designed using Blender. It takes more than 3D printing to come up with something as impressive as Zavala’s models. He actually had to manually paint the 3D printed objects to give it a more realistic outcome.

The STL files and instructions are all available on Shapeways after they were originally posted on Thingeverse. As numerous as the 3D printed models already are, Zavala does not plan on stopping. The Monster Manual still provides more than enough characters that should keep his enthusiasm and imagination going for a very long time. 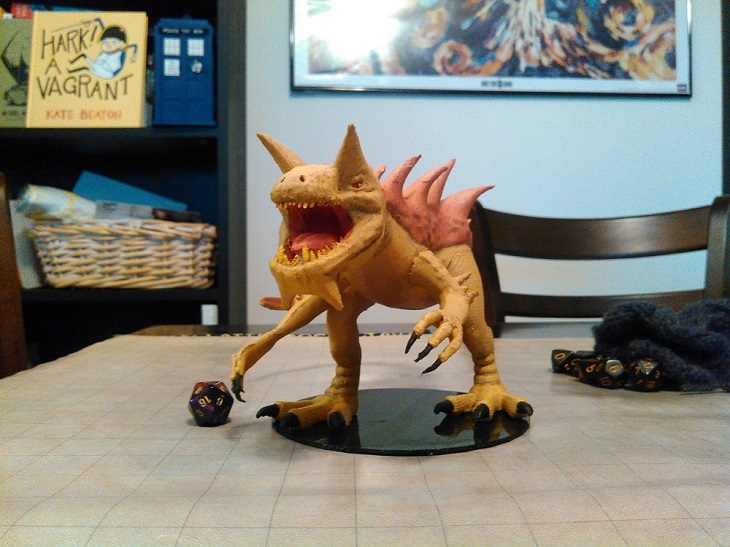 Is 3D printed Pizza real?
3D printed board game Cyvasse from Game of Thrones
The Use of 3D Printing for Construction
3D Printed Mine Kafon Drone