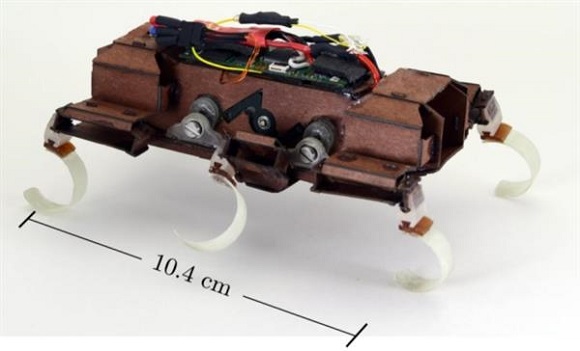 If just a thought about insects makes you feel creepy, you will be happy to miss the following. We are not going to show you the giant cockroach – one of the most awful nightmares. But rather it’s the X2-VelociRoACH. The robot weighs 54 grams, which makes it the fastest robot of such a size. It moves at a speed of 4,9 meters a second and its legs literally scamper! Legged creatures (in contrast to those that run on wheels or fly) have two opportunities for going faster, as you may already know from the experience. First, it can make more steps in a smaller period of time (that’s what we call the Chihuahua approach) and second they can make larger steps so as to cover the distance in a shorter period of time (that is the Great Dane method). 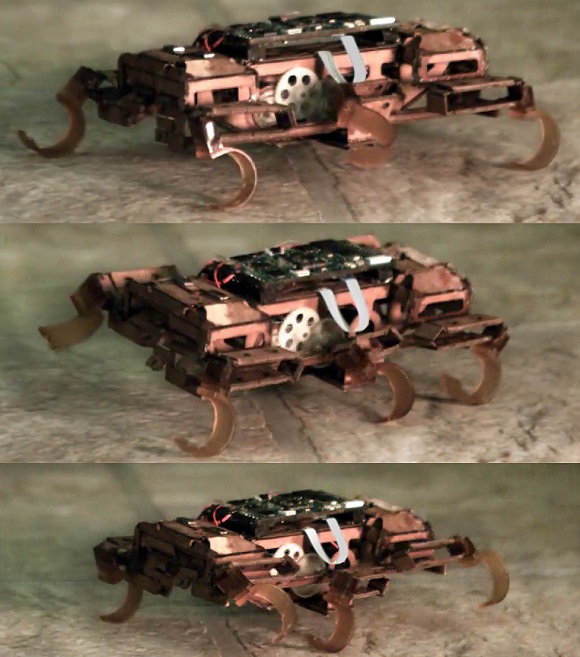 When the team was developing the cockroach robot, there are some restrictions connected with the musculoskeletal apparatus. The restrictions only allow taking a small number of steps at a certain period of time, so these insects seem to make the same steps changing the length of the steps. However, the team from UC Berkeley’s Department Electrical Engineering and Computer Sciences’ Biomimetic Millisystems Lab was not going to develop the cockroach that already existed. But alternatively Duncan W. Haldane and Ronald S. Fearing were going to create a robot so they didn’t want to stick to biological laws.

They intended not to change the length of the step of the legged robot as the motors and the legs were connected. So they found another option – the number of strides the robots make. They found the full extent of nearly 45 stride cycles (a kind of nice jargon created to name the steps that a robot makes which requires motion caused by rotations of mechanism) and broke the previous record.

The only fact that prevented them from increasing the quantity was the law of physics. They can program the robot to make more leg cycles in a minute. The opposite side is that parts of pieces will be flying off and as a result less robot than you need will remain. Such a problem made them explore the materials that would possibly resist the stress caused by such a quick movement. As the researchers say it is possible to increase the robot’s dynamic performance if they find how to improve materials or processes.

The VelociRoACH robot’s legs are made of fiberglass and the main structures are more firm and solid as they have 3D printed parts. That is the only material that is used, which can’t withstand the top speed that the robot riches. The printable composite materials continue improving, so the top limits of the robot’s steps will also increase. So it is very likely that another team will manage to produce a quicker robot. But still the main benefit of the VelociRoACH is that you will never see it behind your cupboard!