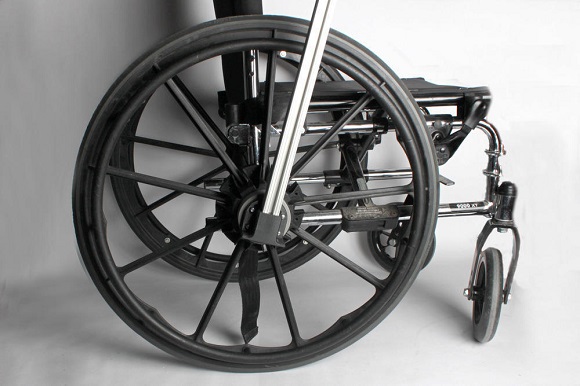 If there is some critical problem and you have difficulty solving it, let a group of teenagers with some access to a 3D printer and a 3D modeling software deal with it. What are such problems? For instance, making a wheelchair more user-friendly for people with limited mobility. That’s the problem that teenage students from Cambridge, Massachusetts -based NuVu High School decided to construct and to find a suitable way out of the problem during one of their super-intensive technology-based classes.

The high school is situated not far from Harvard and MIT. It centers its attention and the main activities on the kind of curricula that reduce the time spent on common English and Maths classes and pay more attention to the projects like CAD, robot design and 3D printing, animation and computer programming. 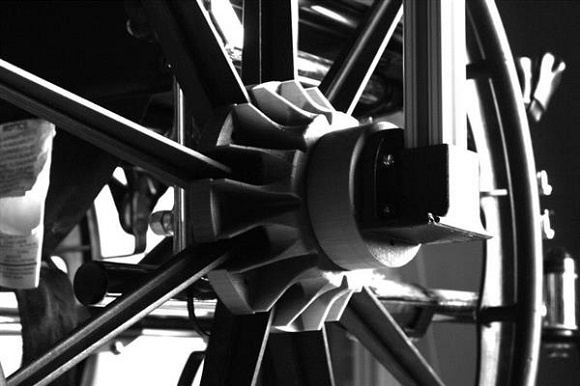 At the beginning of the term students of each class are give one-week crash courses on a particular topic. After that the teacher gives students a problem task connected with design, which they are to solve during the rest of the term. This model of teaching is similar to how real products are developed.

As a task for the autumn 2014 the team of students decided to help their classmate Mohammad Sayed alter his wheel chair to make it more suitable for his needs. They installed a laptop tray, a rowing mechanism and a canopy to make it easier for Sayed control the chair and make it move. Surely all this was achieved thanks to 3D printing. 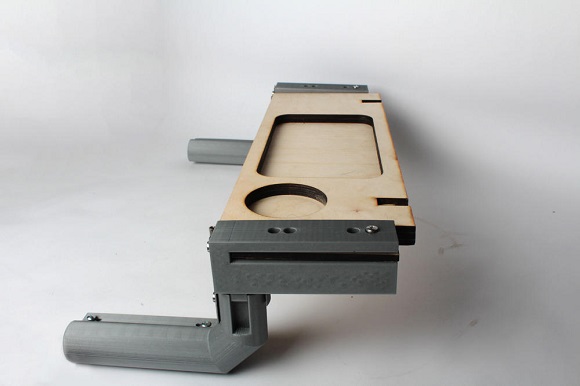 Sayed is sixteen years old. Before his friends joined him he intended to create a multi-terrain swimming and flying wheelchair. But then his teacher advised him to start smaller. With the Autodesk Fusion 360 the group worked together to develop create and model the three modifications for the wheelchair. They spent the rest of the term doing that. Their ultimate goal was to develop an open source design for everyone to 3D print it and use it on their own wheelchairs. 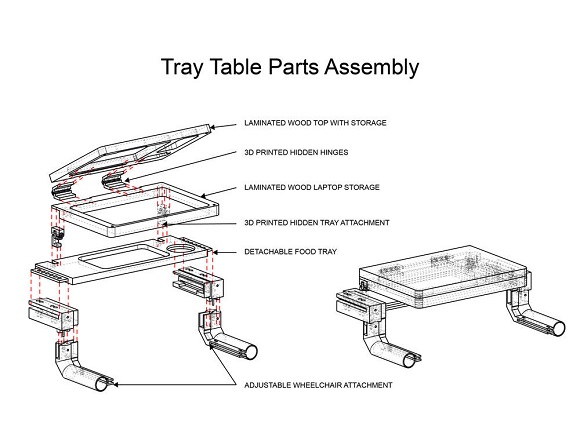 They started with the laptop tray table. They took Sayed’s design and altered it according to his everyday needs including functions allowing to use and store the laptop. One of the members of the design team Nuradin Bhatti explained that one of the boxes they started with worked as a computer holder. It served as the place to put your computer, so it was of no important value to what they already had. 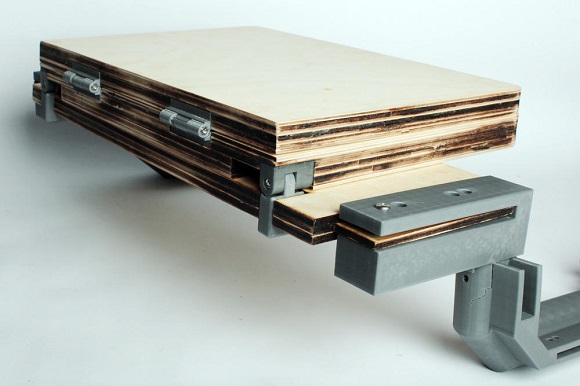 Using the example of the GoPro case, they made another kind of box that was of greater importance. That was a brick with holes used to hold the things you may need for work, like electronics or other things. With a combination of 3D printing and laser cut wood they developed some mechanical trays and other components, which could be 3D printed for the final project as well as for rapid prototyping.

Having completed the design of the tray the grouped moved on to the more complicated pattern, which could change the way how wheelchair users move forward – wheelchair hand drive. Using such a concept of wheelchairs from the nineties – which is nowadays used in the GoGrit All-Terrain wheelchair and NASA engineer Salim Nasser’s Rowheels, the group of developers re-engineered the rowing mechanism to make it more affordable and 3D printable for those who want to use the system. 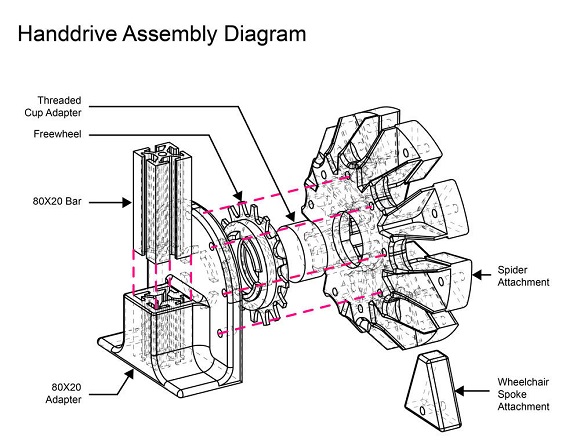 The mechanism reduces the amount of force required to make the chair move forward using the horizontal-rowing technique, is perfect for the users who find it difficult to use the traditional method of pushing the wheel. Sayed said that if someone suffers from atrophy and your muscles with which you push the wheelchair are getting weaker, using various types of movements could result in the differences between a continuous use of manual wheelchair or a powered one. 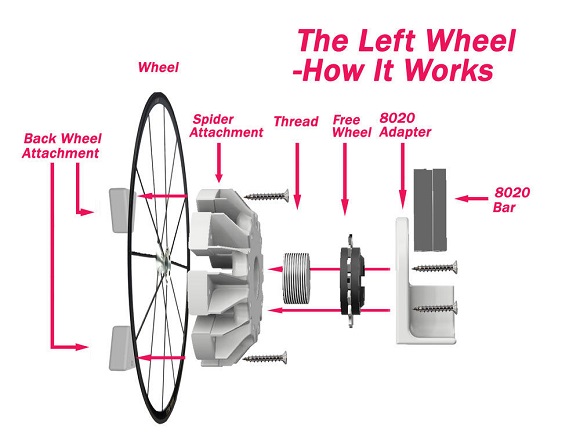 After a number of 3D printed designs that included using old bike parts (one of which was sent back as it was impossible to move the chairs in backward direction) the team came up with the design, which was almost totally 3D printed. The bike brake handle solved the problem of going reverse.

Projects like that help introduce 3D printers to the young designers of products and engineers. Students learn the new ways of using physical designs in the real world and also get the skills of working in the team and polite communication.

As for Sayed, he confessed, that before the project it was difficult for him to work in a group. Being a creative person means that you constantly push through your ideas. Communication used to be a challenge for him, but not anymore. 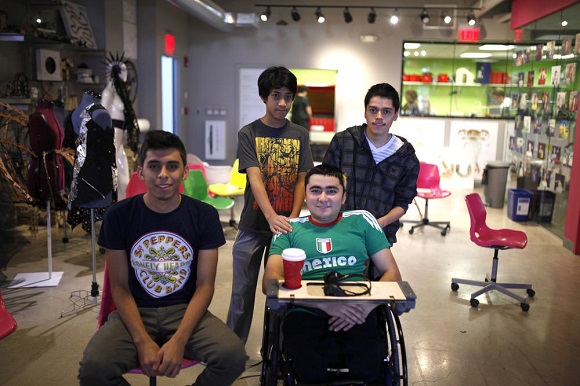