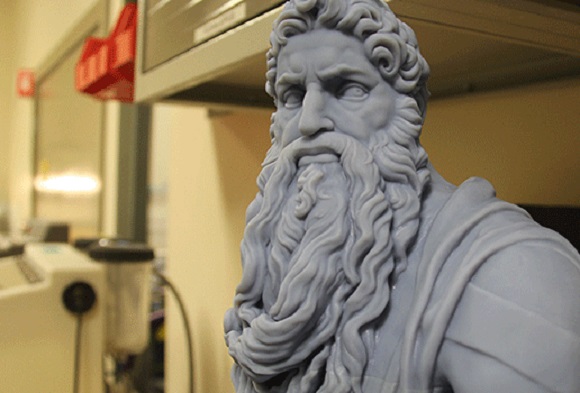 For many people 3D printing and scanning are associated with crafting the future. But probably one of the best achievements of the technologies is preserving the past. Although there have been some legal obstacles that that have suddenly appeared in the past few years, the possibility to scan, save and finally copy some piece of history is surely one of the best potentials of the technology.

Scientists from Studio Fathom, a company based in Oakland, California, have cooperated with the companies based in San-Francisco. Studio Fathom focus their activity around advanced technologies and additive manufacturing and 3D printing in particular. The teams are going to reproduce the famous sculpture by Michelangelo – Pietà – and about 27 other works from art supporters Renaissance Masters.

Other members of the partnership are 3D scanning company Scansite and metal casting company Artworks Foundry. As the result of the partnership they are going to recreate a small edition of perfect reproductions of artworks by Michelangelo from almost all over the world. As the companies are going to combine their specialties, one of the greatest and most sophisticated reproduction projects will be completed.

For centuries sculptors have been using one and the same metal casting methods. However the combination of 3D printing and scanning will give a more resistant and accurate way to reproduce the classics. Piero Mussi, the founder of Artworks Foundry, said that they have everything necessary to recreate something close to its original. And the will be the first to try to do so.

Mussi learned lost wax casting in Italy from metalworking masters, and he has been using it for 40 years. Now he sees that a combination of 3D printing and scanning is one of the most prominent achievements of the century. Mussi actively uses and supports the traditional manufacturing methods, however the possibility to save each detail and to reproduce it with 3D printing has slightly changed his mind. He admits that having a reproduction is good. And only technology can help to do so. 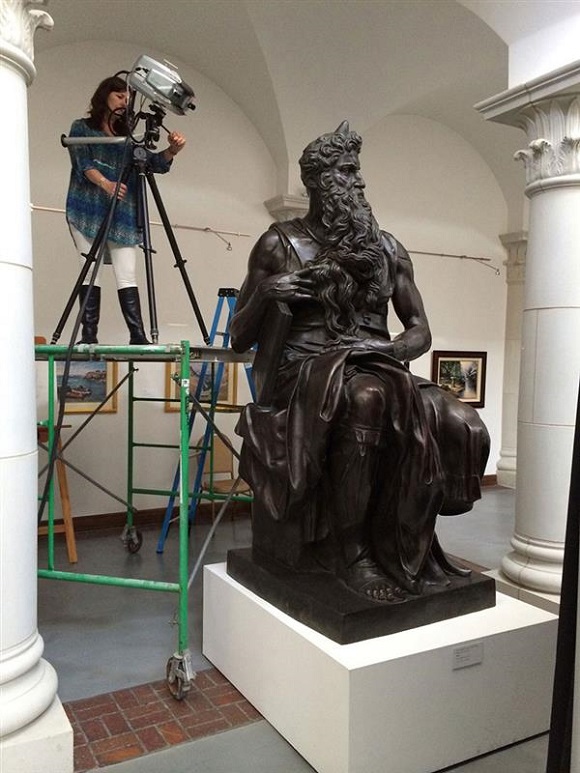 The cooperation of the three companies is organized in the following way: Scansite gathers the scan data before transmitting the data to the 3D models and point clouds. When the final files are ready, they are sent to Fathom. After that they use 3D printers to develop models, usually Objet500 Connex (PolyJet Technology) in VeroBlue or VeroClear. After having printed the models, they are sent to the Artworks Foundry and Musi, who produce wax molds. The molds can be used during lost wax casting to develop bronzes. This process has remained the same for more than a thousand years, although nowadays 3D printing and scanning can be applied.

We have seen various eye-tracking devices which are suitable for 3D modeling and printing, nevertheless it is pleasant to see how these technologies are used for saving elements of history for future generations. Michelangelo’s statue Pietà has been placed in St Peter’s Basilica for more than 500 years. Thanks to the complex use of 3D printing the very accurate replicas can be seen over the United States and across the Atlantic.