Welcome a 3D printed robot that can draw

Welcome a 3D printed robot that can draw 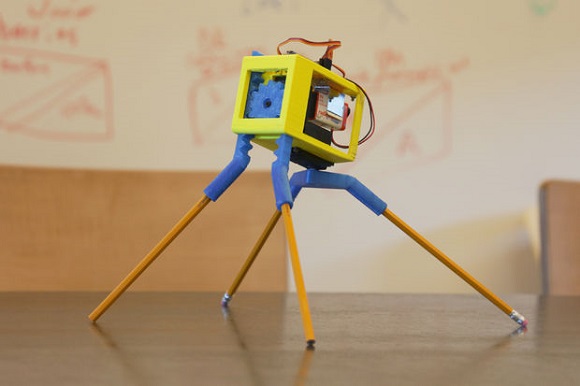 We can see lots of funny 3D printed things that worth checking out. Some of them are nice accessories, others are funny toys. But in all the variety of the 3D oriented stuff you can find some ambitious and really challenging projects, which deserve our particular attention and appreciation. 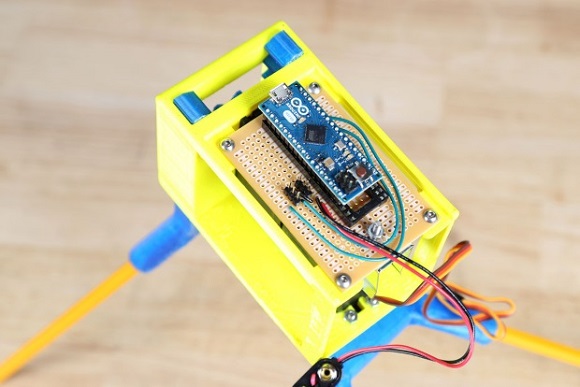 Could you ever imagine something 3D printed that could be a toy and at the same time could produce theoretical masterpieces? Quite recently Randy from the Instructables Design Studio has developed a 3D printed pencil robot. We may find lots of robots online, but this wonderful creature can walk on four legs. Its legs are in fact pencils. Not only are they strong and able to hold the total weight of the 3D printed electronics together with a frame, but you can also enjoy its creativity. Just sharpen its points and enjoy it. 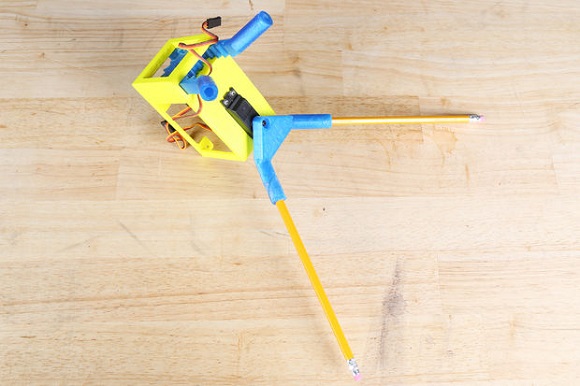 As Randy said, the 3D printed robot is the result of the experiment and prototyping. Their idea was to develop a walker-both had been just a concept for a couple of years. But what prevented the scientist from real deeds was that readily available parts were very really tricky. Some time later he understood that if he used a 3D printer, he would create the robot in two days. Generally speaking, it was 3D printing that helped him make the concept come true in less than 48 hours. 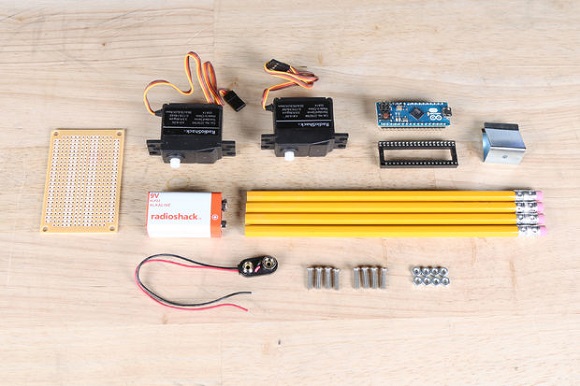 In addition the project is really easy to fulfill, so everyone who is searching an available 3D printing projects should undoubtedly try it out. Apart from a 3D printer and the filament you will need some electronics – an Arduino micro, PCP, a 40-pin socket, a 9V battery with the necessary parts and two standard servos. To make a start you just have to 3D print the STL files. Although Randy tried the Afinia 3D printer, the files will be printable on almost any FDM 3D printer. 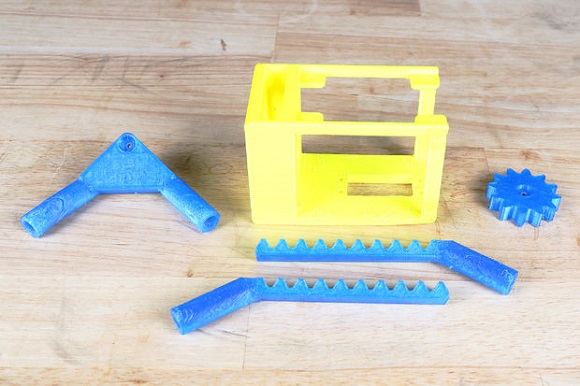 After printing, comes the stage when the parts are fastened with a couple of bolts. As for the legs of the robot, just pull the rubbers of the common pencil with the pliers. Then place their rubber ends into the sockets. Randy worked hard with his tutorial to make it easy to work and assemble the electronics. Even those who have little experience working with the equipment will find it easy to follow all the steps.

When you fix Arduino and the socket to the circuit board you should attach the battery pack to its very bottom. And when you put it onto the walking robot, you will have to program the Arduino. Randy provides you with the necessary code, which makes the project easy and small enough to take with you anywhere.