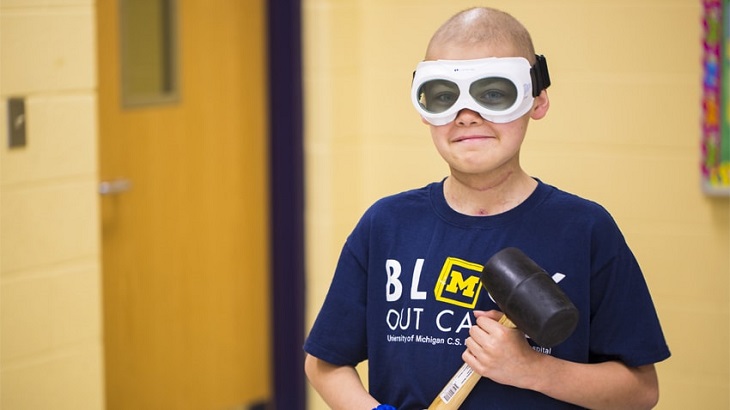 Being diagnosed with cancer can be very hard for adults while for a child, this situation seems to be really unfair. When Casey Doyle, a 10-year-old boy who was diagnosed with an unusual type of throat cancer, the anger and frustration he felt are just reasonable actions. With this cancer, his life was totally changed where he spent his time in the hospital undergoing treatments while worrying too much. The size of his tumor is already as big as a golf ball and Casey named it Boris. In order to help Casey deal with his frustration, doctors came up with an idea of creating a 3D printed version of Casey’s tumor that he can easily destroy.

How 3D Printing Has Helped Casey 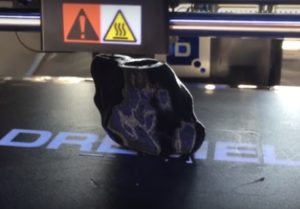 3D printing is definitely a valuable technology in treating cancer. By printing 3D models of tumors, doctors can study the tumor closely that can help them figure out what treatment is the best. Aside from that, this will make it easier for cancer patients to understand the condition because they can actually see the tumor with the use of the 3D printed models. The doctors of Casey in C.S. Mott Children’s Hospital created a 3D printed version of Boris. They painted the tumor and designed it with tapioca pudding and Rice Krispies just like the inside of the real tumor. After that, they asked Casey to smash the tumor using a mallet.

After a couple of weeks, Casey decided to smash Boris again and this time, he wanted to do it in front of his classmates. Casey brought his mallet and crushed Boris. His classmates wore rubber bracelets stamped with Beat Boris and gave Casey a round of applause. As a matter of fact, they were also given a chance to try smashing Boris like what Casey does. They have created several replicas of Boris and let Casey’s friends destroy the tumor with vigor.

When Casey heard his friends chanting for him to beat Boris, he smiled while his friends picked their mallets to show that they will help him fight the tumor.

The 3D printed replica of Casey’s tumor was created by Glenn Green and Drs. Kyle VanKoevering. David Sadler who is Casey’s nurse is the one who contacted them after the boy said that he wanted to destroy the tumor using his own hands. The two doctors have already worked in 3D printing and became the authors of a case study of using 3D printing in identifying the abnormality of an unborn baby. Dr. Green was popular in creating 3D printed tracheal splint that was used in saving the lives of babies who have tracheobronchomalacia. 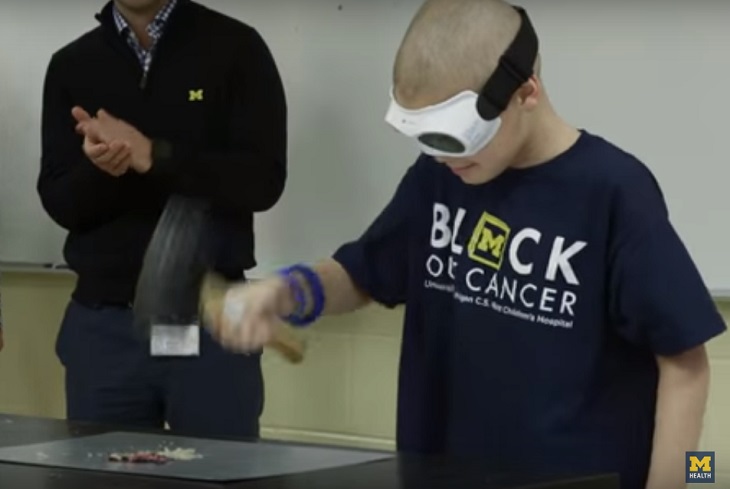 The doctors told that this was the first time that they have created a 3D printed model of a tumor just to be destroyed. As a result, someone had donated money for the hospital to create 3D printed replica of tumors for 150 children who are suffering from cancer. You can nominate a child who has a tumor to try smashing the tumor himself.

For the case of Casey, doctors have successfully removed Boris after a surgery that took them 10 hours. They have used muscle tissue, fat, and skin that were taken from the back of the child. After 3 weeks, Casey was able to eat and speak. Though he still has to undergo radiation and chemotherapy, Casey knows that he has his friends to cheer him up. Casey doesn’t have any idea why he named his tumor Boris. He told that this word just popped out. Later on, he found out that the meaning of Boris in Russian is “Fight”. 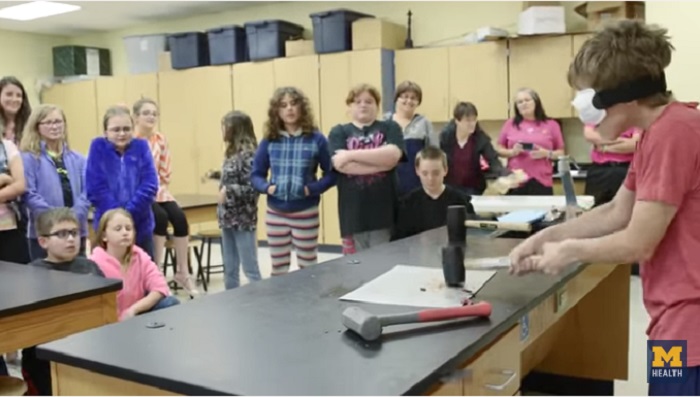