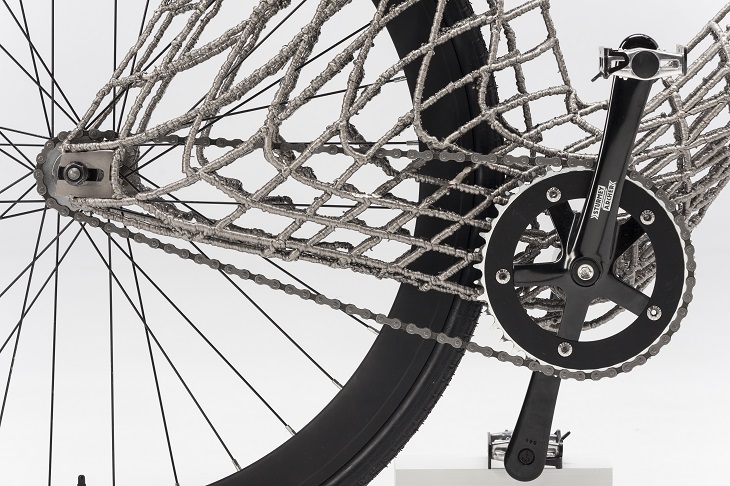 The bicycle is one of man’s basic and earliest forms of transportation featuring wheels. It became very popular quickly as it was handy, conventional, relatively lightweight, and usually very affordable. As this mode of transportation is still hugely popular in several countries across the globe, the Netherlands in particular, it was inevitable that it will soon be the target of today’s most sophisticated technology to date—3D Printing.

Previously, 3D printing has been involved in several instances concerning the two-wheeled transportation. Prior success using this technology involved the 3D printing of different parts as well as a titanium alloy frame. Engineering students at the Delft University of Technology, also known as TU Delft, took 3D printing of a bicycle to a whole new level. Harry Anderson, Stef de Groot, Ainoa Areso Rossi, Sjoerd van de Velde, and Joost Vreeken fabricated the 3D-printed bike as a requirement to pass the Advanced Prototyping curriculum in the said university. 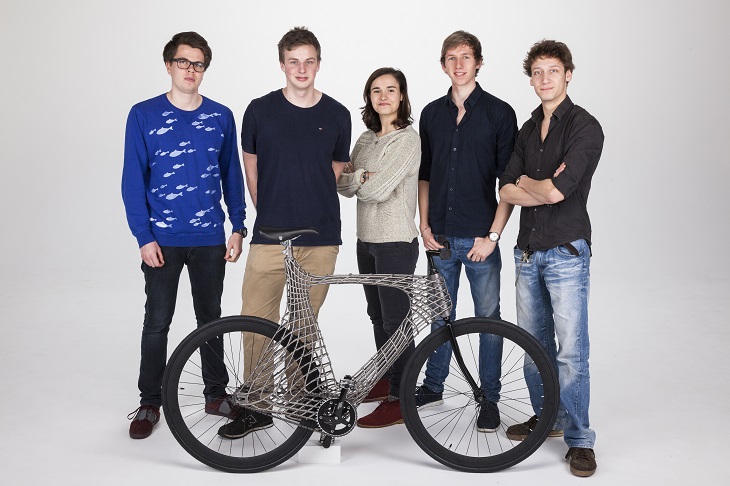 After more than three months of painstaking research, the Arc Bicycle, which is heralded as the first-ever of its kind using 3D printing technology and welding to produce a fully functional and stainless steel ride, came into being. The bike weighs just about the same as those made from the traditional ways of manufacturing bikes while this 3D-printed version has been proven to be also every bit as functional. Because there are numerous areas to do a road test, the Arc Bicycle fully lived up to the benchmarks of traditional metal bikes. The somewhat fragile looks belie the strength and durability of this metal bike made out of the additive manufacturing process. 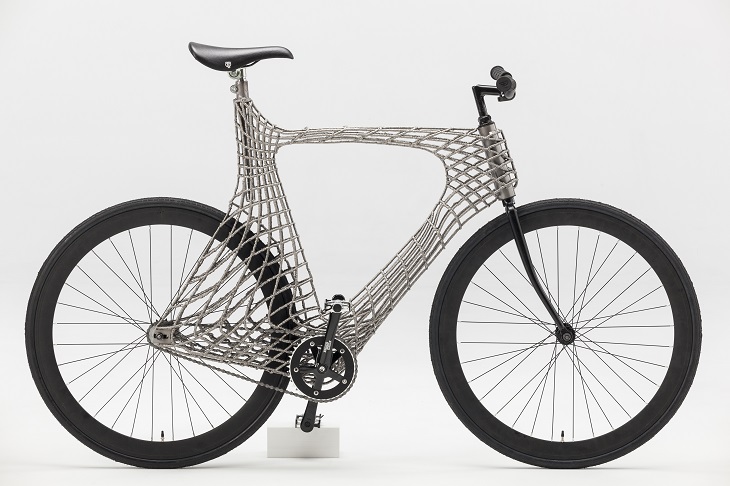 A big part of the credit in making this digital model a success is the MX3D company. The Arc Bicycle uses a special 3D printing technology called the Wire and Arc Additive Manufacturing process or WAAM. This is a process in which MX3D is the unquestioned authority. Just recently, the company created quite a stir, not only in the 3D printing world, but in practically all of Amsterdam as it uses large robotic arms that operate on a multitude of axis to perform additive manufacturing in midair minus all sorts of structural support. The 3D-printed stainless steel bike is practically an introduction into the kind of technology that MX3D will use to build an incredible 8-meter steel canal bridge.

After a few adjustments, the software that is designed to construct the steel bridge, figured out the design and structure of the bike. Once the software got the algorithms right, the program started commanding the robotic arms to start the layering and the welding process to complete the Arc Bicycle. The completion of this amazing 3D-printed steel bike means a couple of things. First, it shows that 3D printing can help create a fully functional and lightweight stainless steel bike. And second, WAAM might be the next revolutionary step in applying 3D printing technology to moderate and large objects. 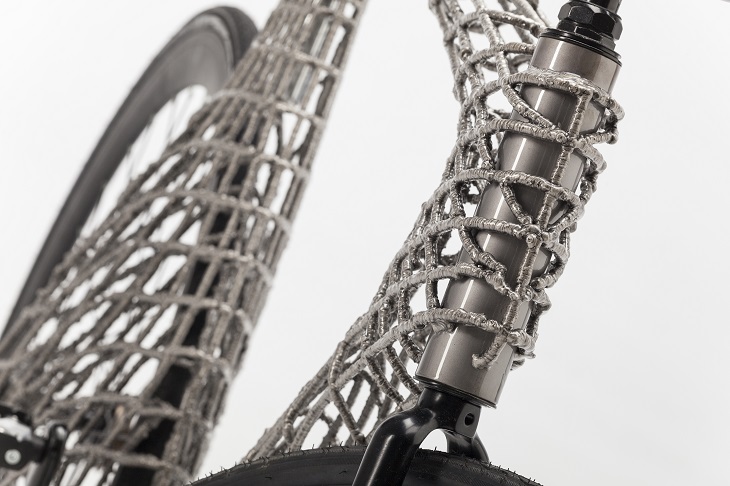 Because the 3D-printed stainless steel bike is such a resounding success, there are more than enough reasons to be hopeful that MX3D and WAAM will succeed in their next ambitious project. Once successfully made, the 3D-printed and welded steel bridge, through the use of massive robotic arms, may soon be the toast of the engineering and 3D printing world.