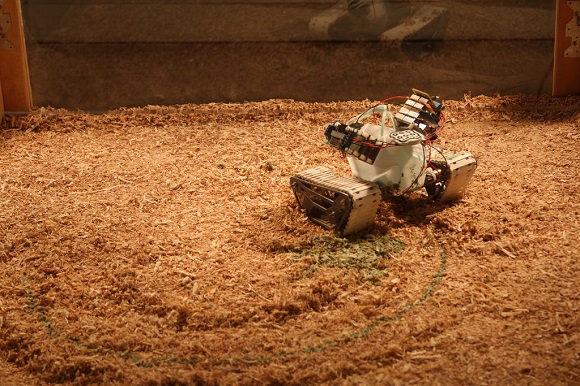 The general interest in robotics is constantly growing. And so do the possibilities of combining additive manufacturing and robotics. Especially the projects by 3D printing admirers, who are willing to combine basic programming and the best of 3D printing. The resources and technologies that are used to create autonomous robots become more available, and so smart phones and various control peripherals become useless as robots can control themselves. 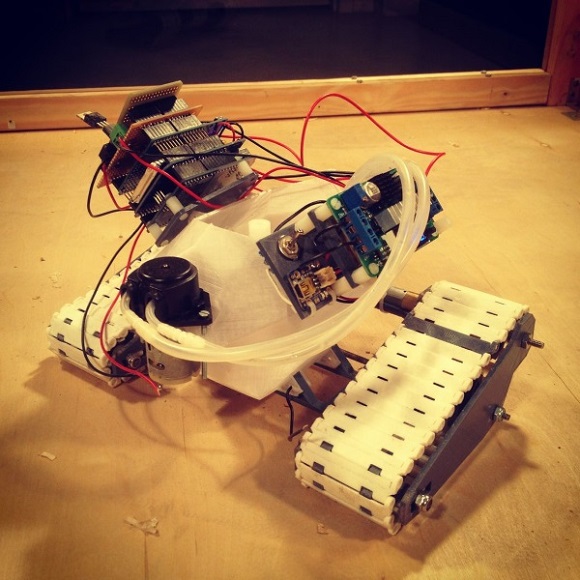 Swarmscrapers is one of the projects that shows the possibilities of combining robots with additive manufacturing. In the Creative Architecture Machines studio it underwent a two-month research and it was taught by Michael Shiloh and Jason Kelly Johnson at the California College of the Arts’ Digital Craft Lab.  The students who devoted two months to the research in the Swarmscapers project – Alan Cation, Clayton Muhleman and Adithi Satish – had never worked with gadgetry and designing products before. 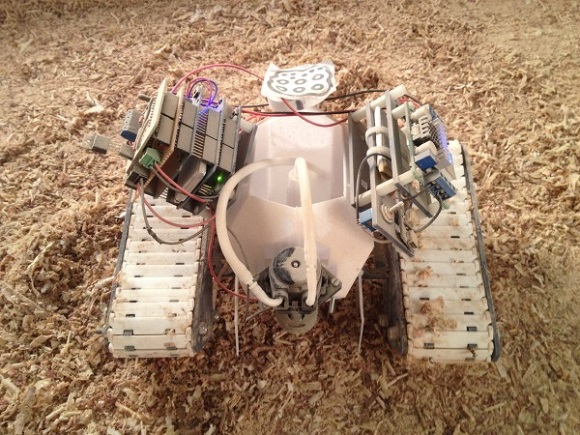 The Instructables page of the research says that the main focus of the research during the project was to study the possibilities of the self-governing crowd (or swarm) of robots that are suitable for working in hostile situations. The three students wanted to study deeper the possibilities of using granular materials (like sawdust, salt, sand, rice and others) during the 3D printing procedures for creating constructions, which are suitable to live in, in extreme environments (for example, in deserts). 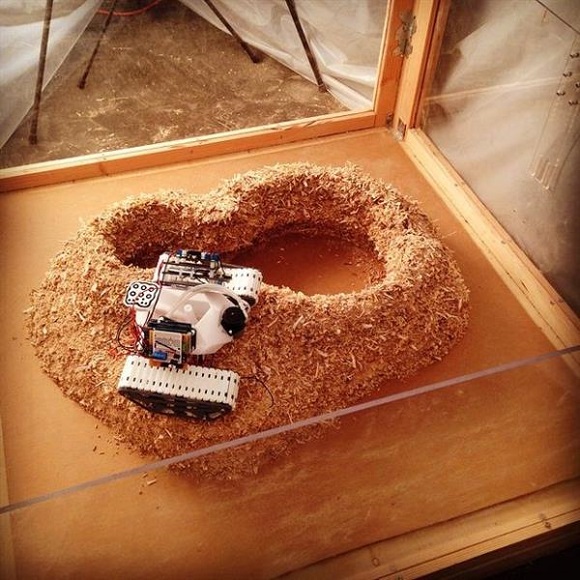 The Swarmscrapers 3D print large constructions, which harden and rise out of the place where the structure catalyst is expected to produce the planned settlements. Found in large quantities and being hot, raw materials found in the desert are suitable for automated swarms to work and create great constructions from seed for the future houses. They are being prepared for the humans to inhabit them a number of decades later from now. 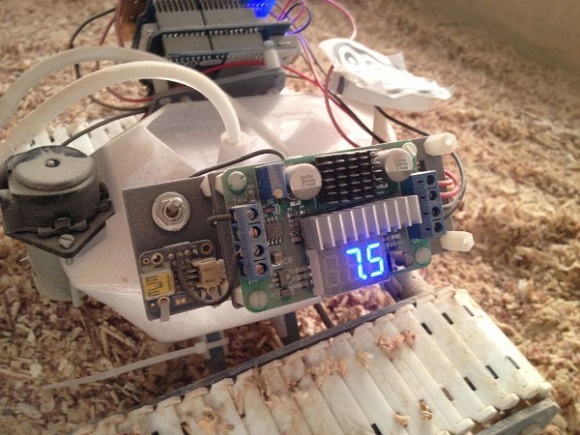 To test their project, the team developed a prototyping box which contains the materials (a kind of research place). One or more operating Swarmscraper robot is placed inside to create something inside the box (with the dimensions of the latter 48″ x 48″ x 20″). As the necessary condition was to use the material specific to a certain area, the team used during the research sawdust grounds from the outside of their digital craft laboratory.

When the sawdust was positioned, the testing robot managed to turn the sawdust into numerous 3D constructions using the 2:1 glue: water solution and the heating lamp to put materials together layer by layer.

The final goal for the mobile robots is to check the vital capacity of the self-controlling constructions that are a lot larger than the machines, but which are able to use the leftover materials over and over to create as little construction waste as possible. 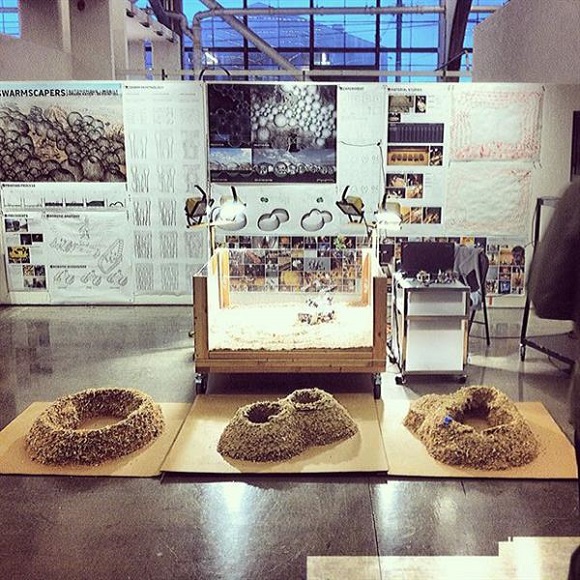 The project has a comprehensive build tutorial on the Instructables page for all users who is willing to develop his or her own Swarmscraper. 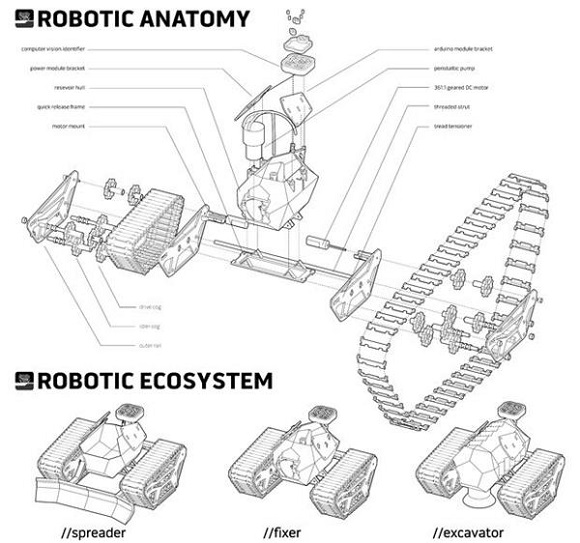 The team also succeeded in printing the enclosure for the Swarmscaper using both a Creator Flashforge and an Ultimaker 2 3D printers. All the necessary print files have also been added to the Instructables page. They are going to continue the study and they are planning to produce even larger constructions with the concept they have proved.

They hope that the Autonomous Mobile 3D printing has the enormous potential and there is enough time for further research. The team is doing their best to make their method workable for 3D printing real buildings in the future. But still there is a lot of work for them to do. 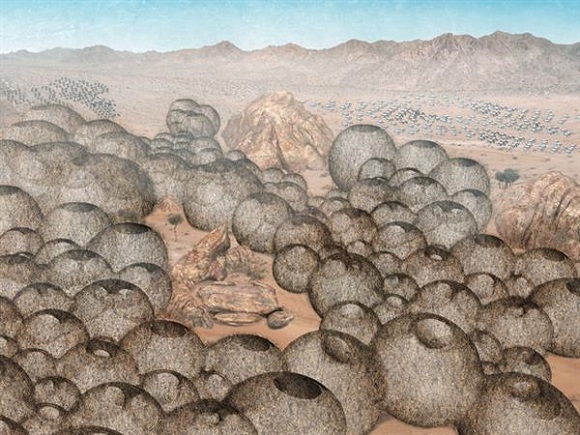