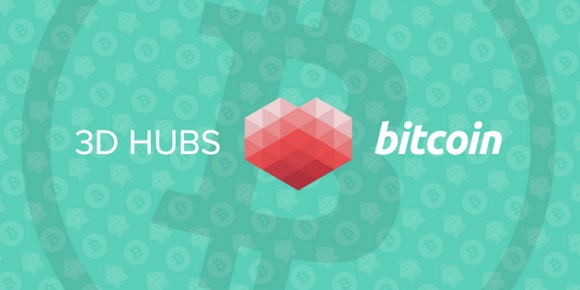 3D printing and Bitcoin are the technologies based on very much the same ideologies. Bitcoin lets remove “the middle man” and fees from monetary transactions. 3D printing in its turn also gets rid of the monetary transactions letting businesses and individuals develop prototypes at home or in the office. Each of the technologies can be considered to be a symbol of self-reliance and freedom. But both of them can also be viewed as means of development, transformation and innovation.

Both technologies go on developing, so it seems as if they were becoming more similar to each other. 3D printing companies look for funding using cryptocurrency, or use it as a kind of payment or as it is with MecklerMedia, host trade is connected with both directions, it is clear that manufacture and commerce of the future will be connected with Bitcoin and 3D printing.

There is another proof that both technologies grow to become alike. It is 3D Hubs – the largest 3D printers network  – has recently unveiled that it’s going to partner with BitPay – payment service provider for Bitcoin. Using the global provider of mobile, online and point on sale payment solutions Adyen, 3D Hubs can now join to their platform Bitcom payments, which will enable the company to use many of the 3D printers in interchange for cryptocurrency.

3D printing is getting more popular and 3D Hubs and its network rapidly grows, that’s why this cooperation seems opportunely, because it helps to carry out transactions spending less money and time and print more objects in one 3D printing space. It’s worth saying that over the past year there has been considerable growth in 3D printing and Bitcoin. Their partnership is going to make both technologies develop and make both of them available for millions of customers.

In general, 3D Hubs is following the aim to connect all the 3D printers round the world and, thus, to make 3D printing accessible for everyone. 3D Hubs provides steady development and reduces the need in long-distance shipping. 3D printing started developing in the 1980s as a kind of rapid prototyping. The first 3D printer was invented by Chuck Hull. It used UV-rays to make the layers of liquid photopolymer more solid. Since those time 3D printing quickly developed and nowadays it is possible to print objects from various materials – ceramic, metal plastic. You can even 3D print food. You can now 3D print almost anything you need.

The partnership between Bitcoin and 3D Hubs means strengthening for the world network and will lead to decentralized industry. If they manage to make 3D printing industry locally accessible to everybody, that will change the way products are produced and supplied to the consumers.