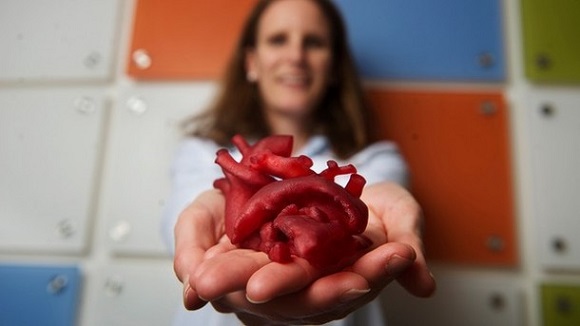 Surgeons suppose that 3D printers will be able to safe lives during operations. Cardio surgeon Erle Austin from Louisville Kosair Children’s Hospital applied a 3D printed replica to schedule and perform a complicated operation on a pediatric cardio-patient in Kentucky.

Roland Lian Cung Bawi, a 14-month-old boy, suffered from cardio diseases among which there were ectopic pulmonary artery and aorta and a hole in the heart. The boy’s mother complained he had problems sleeping and breathing. There was little hope of his survival.

Inborn heart deficiencies are quite common. About 1 percent of newborns suffer from them. The deficiencies are diverse and tangled in their form. What’s more, a pediatrician has to work on a tiny and fragile organ that neither functions no is formed in a proper way. Before the procedure he is to read the MR images of organs on the screen. 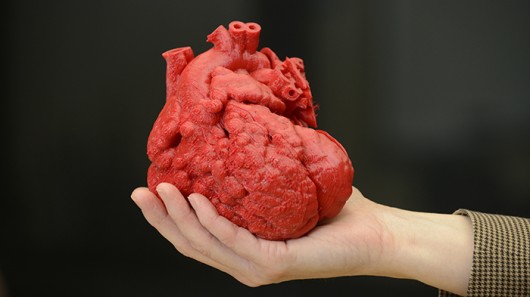 Erle Austine asked other doctors to look at the 2D images of the organs and got contradictory suggestions of how to act. Then they thought that converting a 2D image into a 3D replica could suggest a more suitable way of operating and increase the quality of the procedure for such a baby.

You may think that when you start a cardio surgery, you make a section and see the whole picture. However, to see everything clearly you have to cut through vitally important tissue. At times you need to guess at the next step.

Gornet employed a CT database to make up a 3D replica, which later was transmitted to a Makerbot 3D printer. It took like 20 hours to 3D print the replica out of pliant polymer called Ninja Flex. It all cost approximately $600. So the surgeon didn’t need to look at the child’s organ, but it was possible to have it in his hands. As soon as you have a replica, you know how to act. The replica is twice as big the real size, that’s how it was visible for surgeons to see the structure in detail and managed to create a tunnel way from the aortic valve to a ventricle with less cuts and surgeries at all. This replica is worth a thousand CT and MR pictures. Some days after the surgery Rolland was taken for a checkup, which showed that everything went on well.

On Friday, Par Tha Sung brought her son to Louisville for a checkup, and his prognosis was good. “I couldn’t express my feelings,” she said to courier-journal. “He sleeps good. He plays … he smiles a lot.”