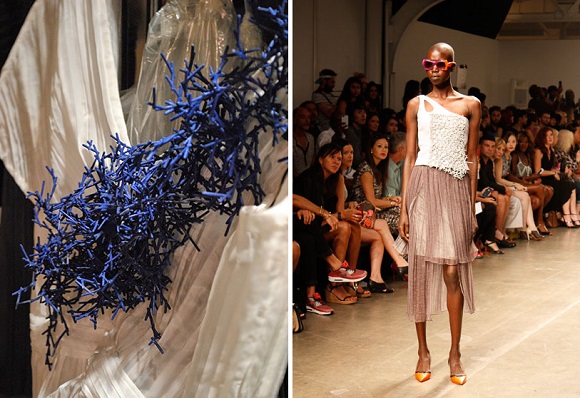 Katya Leonovich – an avant garde fashion designer – introduced her new Spring 2015 collection during Mercedes Benz Fashion Week, which took place in New York City last weekend. The great part of the represented collection were clothes made of 3D printed textiles and ornaments. 3D printed textiles began developing a few years ago, and they mainly rely on geometry to develop wearable and flexible materials that move together with the body.

Clothes made of these fabrics were noticed on some runways. It seems as if nobody has ever seen such a lot of 3D printed textiles in one collection. Many critics also believe that such materials are most durable ever. Leonovich, the designer herself, claims that all her clothes can be washed in the washing machine, which is unusual, as it is forbidden for the majority of couture clothes. 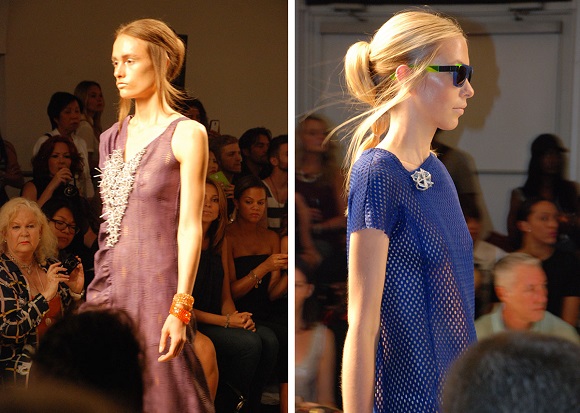 For any designer a fashion show at New York Fashion Week is a kind of the Super Bowl. That’s the time when your designs and looks are introduced to the world, and they can either break or make you. Fashion designers always take risks with what they produce and show, but Katya Leonovich didn’t, she herself was once called a bit of a risk. You need to get it right, all her designs were no less interesting than her previous. It’s all about the way they were presented – it was too simple with little decoration or ornament against the white background.

Some of the designers were sweet and adorable. We may have noticed the peculiar asymmetrical top. Leonovich used simple classic silhouettes that gave her collection a bit gloomy feel. We should note that she used some gripping draping and weaving, which actually saved her choice of textiles and construction of materials – that’s why her designs were really striking. The designer later explained that she intended to use the new technology and make it wearable for fashion consumers. It’s quite common with artists to use the new technology in a most unusual way, to view it as the new method of construction, which is likely to become the future of clothes for everyday. 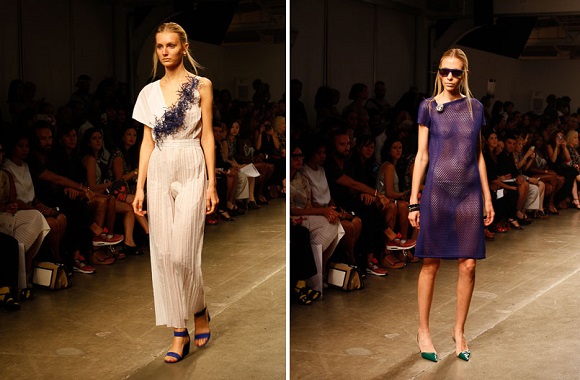 For many fashionists, bloggers and journalists, who covered Katya’s show, the concept of 3D printed fabrics seemed weird. Some of them believed that only the accessories and ornaments were 3D printed. But in fact practically all the textiles were 3D printed. And as they are combined with the classic designs, this shows how wonderful the material is and how elastic and durable clothes mode of it can be.

It seems that most of the fashion world loved Katya’s 3D printed clothes, so in the nearest future we are likely to have some of the 3D printed fabrics adapted for everyday fashion.