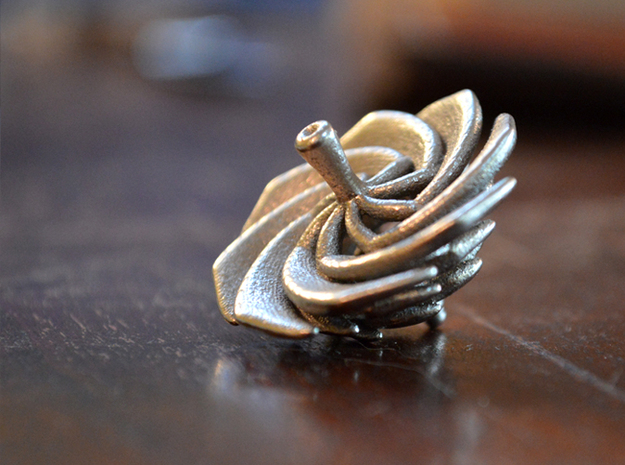 The spinning top has riveted man’s attention since time immemorial. Its origin has been shrouded in mystery that no man or even a culture can lay claim as the rightful inventor of such an iconic and worldwide toy. The beginnings of the spinning top go all the way back in history that no one can figure out who spun the original one.

What is clear, though, is the fact, that is has been a constant in so many people throughout history, be they kids or adults. If you are a literary fan, you could probably look for the earliest mentions of spinning tops in the works of the classical masters including Aristophanes and Plato. Even the incomparable William Shakespeare used the top as a focal analogy in a couple of his writings. It is almost a guarantee that if Shakespeare can spin a tale or two, the top would be in the midst of that spinning. 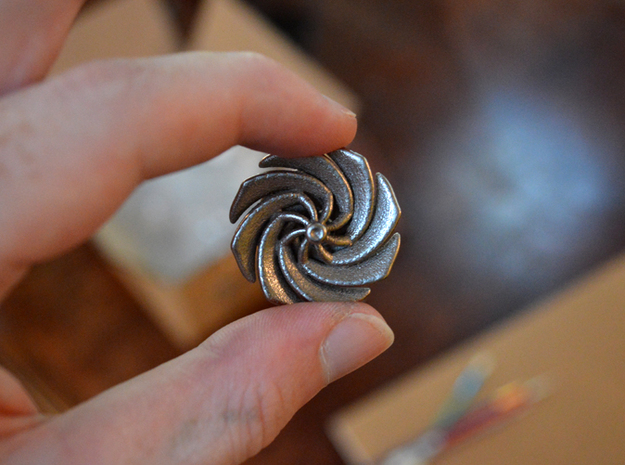 For sure, the top has been re-invented so many times by so many people. From the acorn to the wooden tops, there seems to be no stopping man’s constant tinkering with a toy that has captured his imagination. The perpetuation of the spinning top is man’s reverence of the laws of nature and the possibilities of somehow challenging these laws. At its best, the spinning top almost defies gravity.

One of those people who have taken the spinning top to a whole new level is Dalton Bissell, an artist by trade and a 3D enthusiast at heart, who has 3D printed his spinning tops. DesignbyDalton is a privately-owned shop that sells so many fascinating things, including what he calls Crab Claw Earrings and Crawly Ball. One can also find all sorts of earrings and pendants and a variety of 3D printed objects like the starfish spinning top, a hive spinning top, a vortex spinning top, and finally, the tornado top. 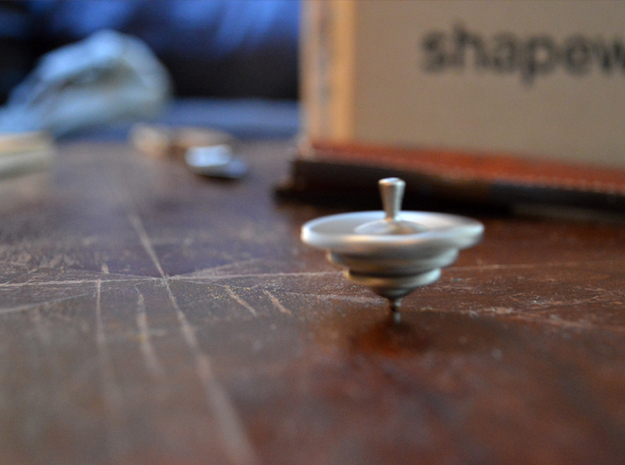 The tornado top particularly holds Dalton’s interest as it captures both the dynamism and the static nature of art. Only a few other objects can simultaneously hold potential and actual representation of art at its finest. The contrast between a resting and a spinning top is so significant that it is hard to think it is one and the same object.

Thus, Dalton painstakingly conceptualized both the tornado top’s resting and moving phases. When viewed from above, the spinning tornado top actually has the look of the real thing since Dalton made sure the color and design of this top will bring out that real-life outlook. 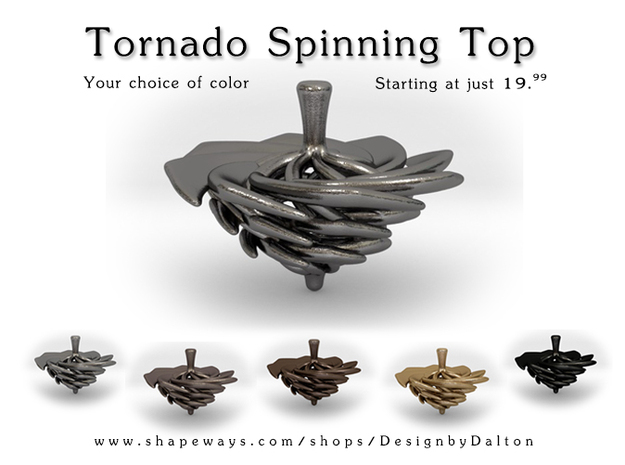 For only $23.99, buyers also have their choices of colors for the tornado top. Aside from the polished nickel steel color, one can also go for stainless or matte black steel among others. Buoyed by the success of his spinning tops, Dalton has vowed to come up with more designs that should cater to his prospective customers’ assortment of tastes.

With the latest in technology being used in something so old and historic, it is for certain that the spinning top will continue to be a part of almost every kid’s childhood and a staple in civilization.