NASA together with MakerBot announce Thingiverse Mars Base Challenge winners

NASA together with MakerBot announce Thingiverse Mars Base Challenge winners 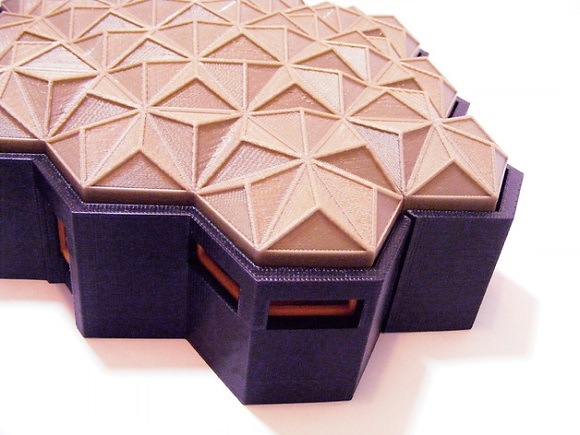 NASA’s Jet Propulsion Lab and MakerBot are planning to introduce 3D printing to the Red Planet. JPL and MakerBot have teamed up to make 3D printing and design circles think of new designs for a Thingiverse Mars Base with which it could be possible to sustain human life on Mars. All in all 228 designs and prototypes have been suggested on Thingiverse. All of the approved designs were 3D printed with MakerBot Replicator 3D Printer and then studied by engineering and scientific stuff at JPL.

All the designs are based on the results of the research of the participants concerning the possible ways to survive in severe conditions on Mars, overall practicability and design way of thinking. All those aspects were put into consideration, whereas replicability, testing printability and other 3D production features helped to choose the winners.

Thingiverse user Noah Hornberger and his Queen B (Bioshielding) 2 Bedroom 2 Bath Mars Apartment wins the first prize! His solution resembles the severe Mars climate and doesn’t sacrifice the comforts of houses. Its structure was specially designed to protect those who live there from cosmic radiation and extreme temperatures. Noah decided to use the shape of tessellating hexagon as a form factor, because of its modular potential and compactness. 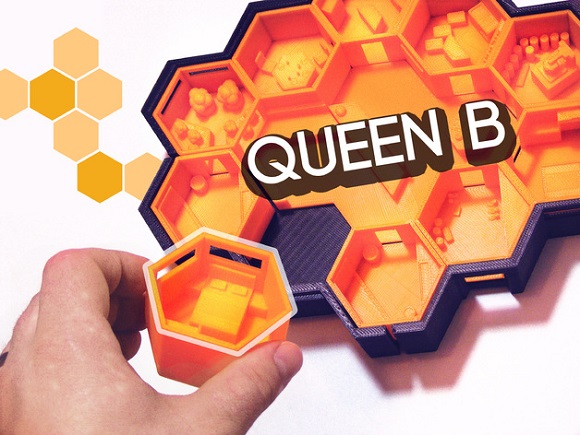 Its design includes underground heated water insulator, radiation shield and air purifying system. This concept was challenging, as Noah confessed. First he developed the design in theory and then tried to prove its efficiency with the help of the printed sample. He intended to design something where he could feel happy and he managed to do that.

Second prize was also awarded to the user of Thingiverse Valcrow and his concept of Martian Pyramid. The design of his pyramid is based on multi-functional systems that guarantee that limited resources will be reused as much as possible, using the energy that they get from a mirror-based solar collector. 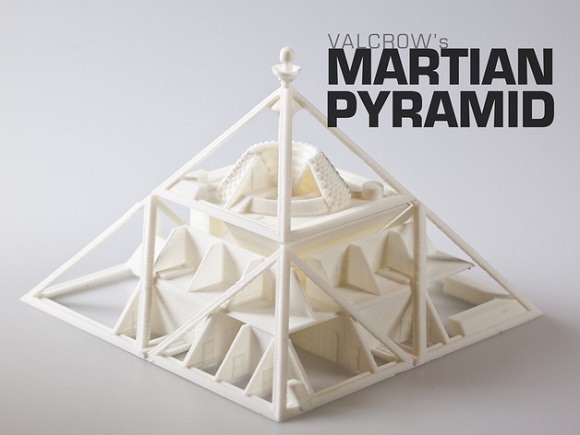 Valcrow says that he was inspired to create his Martian Pyramid by the pyramids he had seen on Earth. He also pointed that the stable triangular geometry of the pyramids proved to be solid and lasting and also showed weather resistance. In this model water storage areas and the generator room are visible to everyone. 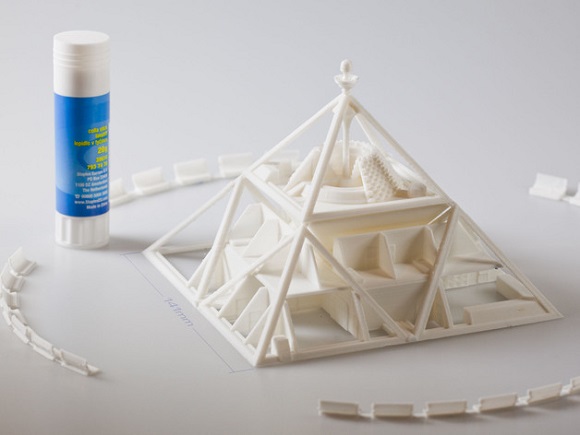 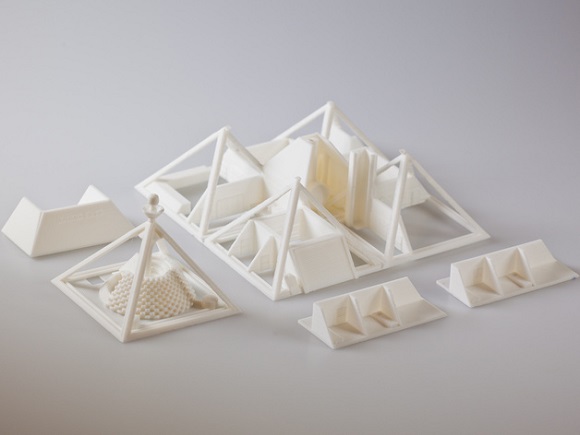 Third place goes again to Thingiverse user Chris Starr (Cstarrman) and his Mars Acropolis. It is a combination of elements of architecture if Ancient Greece and modern architecture. This construction gets energy from solar panels. It consists of three huge greenhouses and its function is to guarantee that limited resources are saved. This solution was created with the same cues as those that were used in ancient Greek Acropolis of Athens. 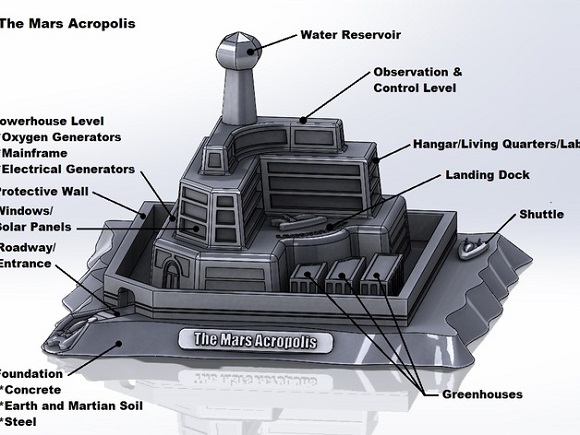 The Mars Acropolis consists of three levels. The outside level serves a protective function. The foundation is built on the top of the mixture from Mars and Earth. And the habitat is used as a facility for research and development of means for supplementary colonization of the Earth. 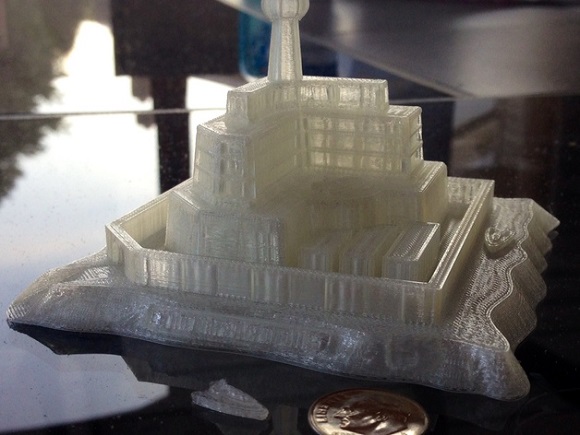 Bre Pettis, CEO of MakerBot said that they liked that the ideas of the majority of designs were created according to the example of the structures that can be seen on the Earth and that have stood up to the time and severe climatic conditions. And it was difficult to choose three winners out of 228 candidates. The one who has won the first place will get a MakerBot Replicator Desktop 3D Printer as a prize. The winners of the second and the third prizes will get spools of MakerBot PLA Filament. Each Mars Base Challenge design can easily be seen, downloaded and 3D printed at Thingiverse official web-site. 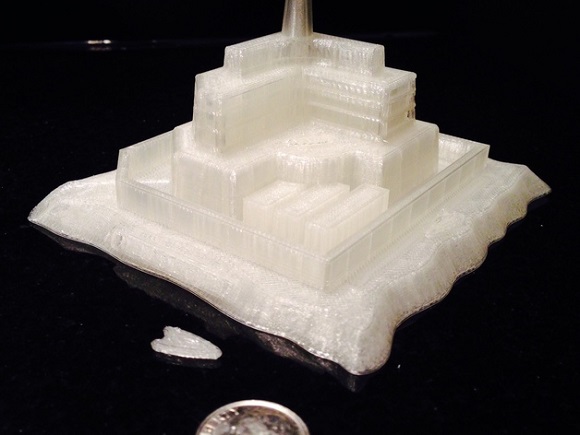