The development of 3D printing technology is capturing the world of fashion rapidly. A graduate from Royal College of Art (RCA) Oluwaseyi Sosanya has put forward a genuine invention – pretty loom that is meant to be used for weaving in three dimensions applying x, y and z coordinates. He developed this 3D weaver for his graduate project. Just as it is with the usual 3D printing procedure, Sosanya’s idea is to entwine layers of raw material at various heights so as to make up 3D forms. As soon as the design is woven, it can be immersed into silicone and become stronger. 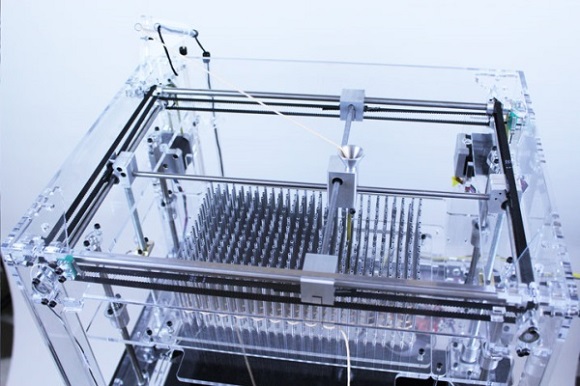 The young scientist spent some time in the North of England visiting fabric mills there and researching the practice of mechanical weaving. After that he developed a computer program that helps strong geometry divide into layers and woven. These days he is trying to get a patent on the technology. 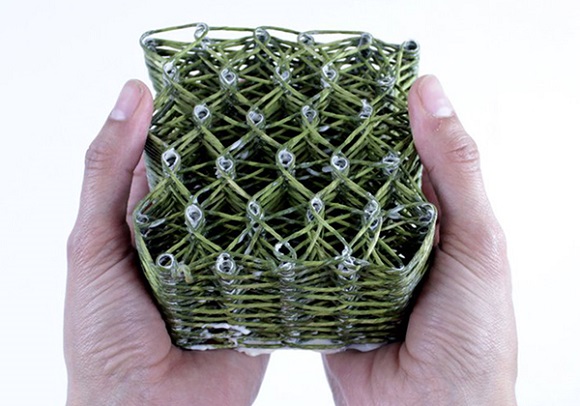 The scientist got most of his inspiration looking and some of the types of weaving machines while thinking of this particular one and taking a closer look at the industrial knitting machine and a sewing machine. They both let the thread go loosely and easily through mechanisms with the help of springs and sustaining tension. When you use the 3D layer, as soon as the first layer is ready, the thread withholds its tension owing to guide tube and the primary winding of the thread meant to go before weaving each next element. 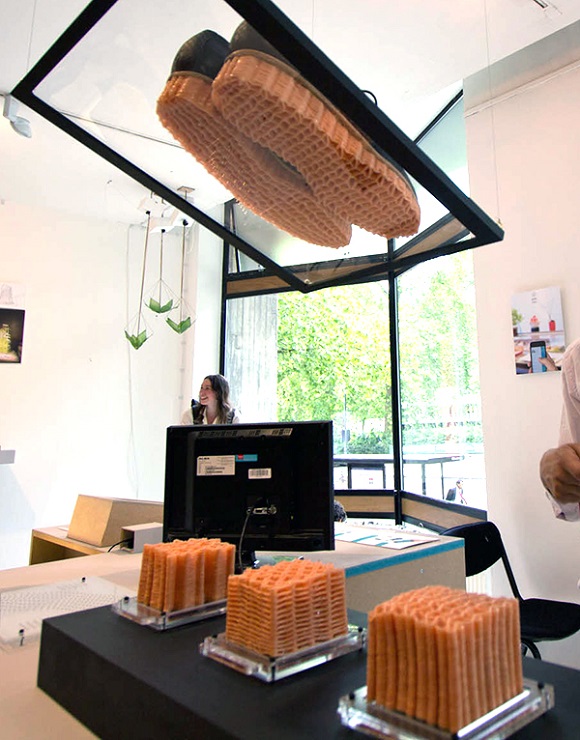 Sosanya coded software that lets splitting any solid geometry into layers and then weaving. He even provides us with an example of applying this machine, he has created a shoe sole with it. The sample is made of a single hard thread and woven of a mixture of paper, cotton and wool. Then it was immersed into silicone to shape it and make harder and stronger. Sosanya chose those particular materials because of their abilities to remain flexible in pieces. Their behavior depends only on the structures. The binder and the thread hold the mass together. Solid fibre gives more stability using less mass. He also mentioned about the inspiration from nature. He studies some of the structures he came across in nature and found out that auxetic ones had a lot of influence on the zigzag structure development.

Among the possible areas of application of the process Sosanya names architectural structures, medical implants, air cleansing and others. Eventually his goal is developing technical materials for stab resistant vests and helmets. Nowadays he is developing the material that will hopefully concern some issues brought about by body shape that are not rare with the vests worn by women-officers in British law enforcement.