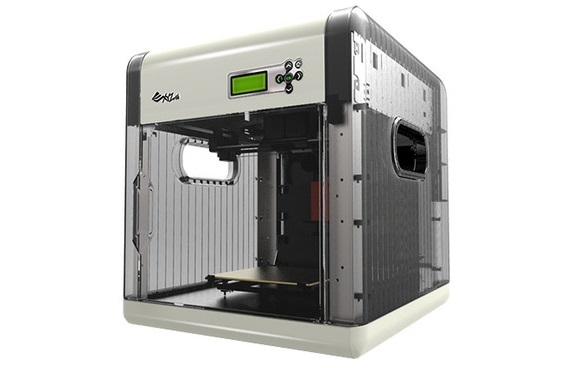 New ‘Da Vinci’ 2.0 3d printers are planned to appear on Taiwan market in mid-April and it is the first part of a global roll-out which is focused on the low-cost 3d printing market.

The second generation of ‘Da Vinci’ printer will appear on store shelves in the United States, China, Japan and Europe in the second quarter of 2014. It is planned to sell them at $649. The second quarter was chosen due to lack of production capacity and XYZ printing are planning to add a new production line for its entry-level 3D printers.

“Our current production capacity cannot keep up with strong customer demand,” Shu told CNA on the sidelines of the International Symposium on Additive Manufacturing, held at National Taiwan University of Science and Technology in Taipei. He also mentioned that the new line will allow producing about 10,000 3d printers each month.

The da Vinci 2.0 comes with a smaller build volume of about 6×7.8×7.8 inches compared with its predecessor. But the second generation has two extruders, meaning it can print in two different colors at once.

Earlier this year ‘Da Vinci’ 1.0 impressed judges of Consumer Electronics Show in Las Vegas where it won an Editor’s Choice Award thanks to its US$499 price tag.