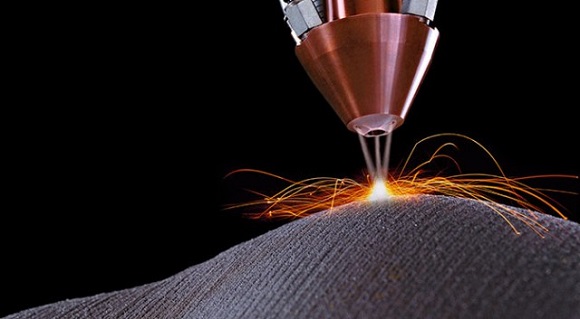 3D metal printing still sounds experimental for all industries used for prototypes and testing production.  It might soon become a quick way to produce industrial parts in small numbers, if GE and Siemens know exactly what they are doing. In December Siemens declared that it is going to use 3D printing for making burner parts for gas turbines instead of producing them in traditional ways. They explained that for production of some details 3D printing will save up to 90% of production and repair time.

GE Aviation said that they were going to cooperate with Arcam, a Swedish company, in production of 3D printed constituents for their jet-engines. Later this year they planned starting experimental production of 3D printed gas turbine fuel nozzles. When produced by usual manufacturing methods, the nozzles were constructed of twenty little pieces. With 3D printing they are created as one ready piece. Rolls Royce is now considering whether to adopt the technology or not. 3D printing is a slow process, but a lot more effective if the producer needs just some parts. However it’s not suitable for mass production.

That’s how Siemens describe 3D-printing selective laser melting. You place metal powder on the printer floor, and a laser beam moves across it melting the powder. Then quickly cools into a solid shape, becoming the foundation layer of the three-dimensional object. Just a small mass of metal melts at a time, so it gets solid much quicker than liquid metal pours into the mold. 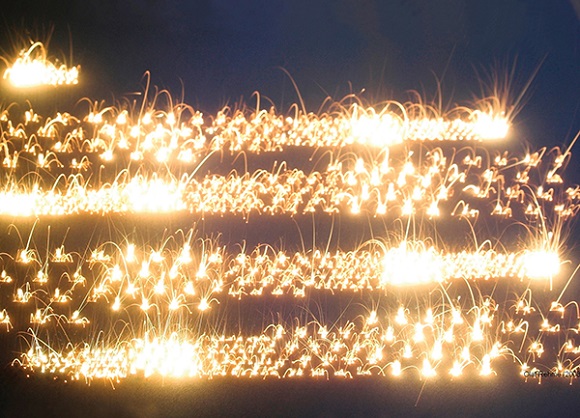 Lasers move over the bed of metal powder, melting it into the desired shape. Courtesy: Siemens

The second layer of metal powder spreads evenly on the surface and the wanted shape is modified. Eventually there’s a lot of metal powder left, which can later be used in other printing cycles. When the object appears, its surface is a bit grainy. In order to make it even and smooth SLM-manufactured materials should be polished at the end of the process.

Dr. Vladimir Navrotsky, head of technology & innovation at Siemens Energy Service Oil & Gas said that AM (additive manufacturing) suggests new perspectives and opportunities for integrated design and manufacturing, especially faster production and repairing constituents og gas turbines. In this respect, Siemens offers SLM to repair, and not to replace, its SGT-800 burners of industrial gas turbines. Repairing those takes a lot of time. With 3D printing repair time will lessen by 90% and repaired constituents can be updated to the newest design. What is peculiar about 3D printing process is that the shapes produced can’t be used by another production process. So, if the turbine or its burner is designed by SLM, it can be produced only by SLM. However the disadvantage of the method is that with this method one can’t create parts of extreme strength or flexibility, like turbine blades. But that’s what they’re working on.

Lasers are better for production of small, exquisite constituents. Electron beams can also prove to be useful. This method is more suitable for larger constituents. Arcam use method of electron beam to produce titanium mix turbine blades for GE Aviation.