In the light of the growing capabilities of the 3D printers, the products come in different shapes and sizes. Melissa Ng, one of the most favorite fantasy 3D designers, known for making designer 3D masks, 3D printed costume jewelry lines, and the spectacular Dream Regalia Armor designed for the actress Felicia Day.

In this time around, the renowned designer turns her attention to a friend in need, Rishi Gandhi. Rishi’s father was diagnosed with lung cancer, and it is already in its fourth stage.

Rishi is a longtime friend of Melissa from college, and she has been the source of happiness and support of Melissa. In return, Melissa now is using her 3D printing skills giving back the support to her friend’s situation and how it can help them get through the tough financial and emotional weight in dealing with the disease. 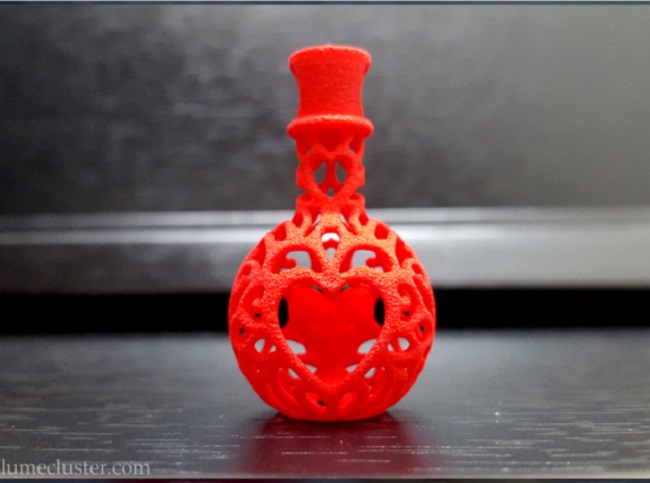 To aid them, Melissa started a campaign that can not only raise awareness for cancer but also provide some financial help to her friend’s family and in doing so; Melissa started printing health potion pendants which the proceeds will provide aid to the expensive cancer treatments of Rishi’s father.

The inspiring story Rishi’s dad goes a long way back and how it can relate to many others. Her father dreamt of going to the U.S. however hindered because of citizenship processes. Even this didn’t stop her dad working hard to provide her daughter the education she deserves in the U.S. since she is 13 years old. Her father juggled between working hard for daughter and dealing with her mom’s struggle against various illnesses. 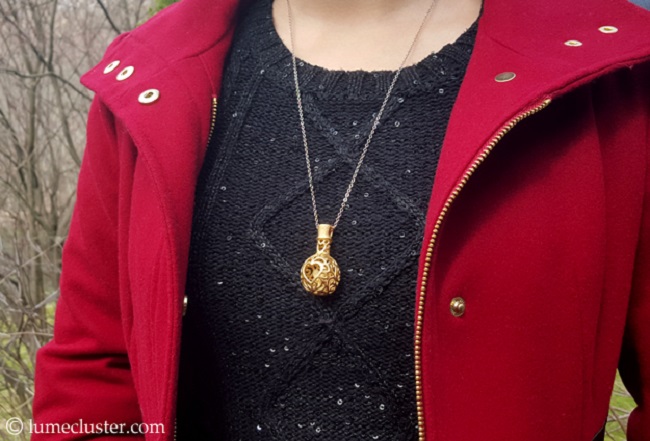 Rishi’s goal is to give back to her father and how he made it through it all for the sake of the family. Also, she stated that she wants to help with the expenses for the medication and provide support in her father’s darkest days.

The pendant used in the campaign features Melissa’s signature and a marvelous Lumecluster style that embodies a heart and plus symbol. This design was motivated by various health potions available and used in games. As she stated in her blog, the health potion is the item used by the in-game character, the character would drink the potion if their hit points decreases after being damaged on an attack.

The very charming 3D printed pendant is available in a wide variety of materials such as nylon that ranges from $15-$20; steel plated finishes that range between $38-$48, and metals such as gold, silver and bronze that ranges from $68-$108. The products are shipped by Shapeways 3D printing services, and the necklace chains are not included. 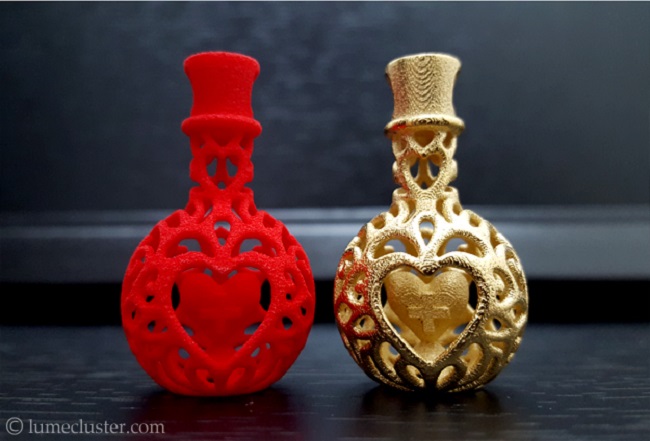 Ms. Ng is an artist and designer based in New York who is working on 3D printed materials since 2014. From teaching herself to do the magic, she had marvelous design skills and dedicated her art to making the world a more fruitful place that embodies jewelry and costumes.

3D printed suit for Robocop
3D Printed Voxel – Is It a Table or a Seat?
World Record-Breaking 3D Printed Rubik’s Cube
3D Printed Car as a Tribute to Ayrton Senna