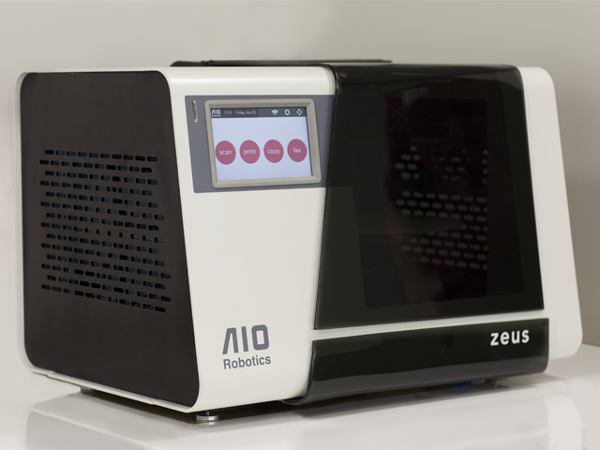 AIO Robotics designed a new machine called ZEUS. It provides several different functions in one. AIO Robotics claim that ZEUS is the first and only device that allows users to 3D Scan, Print, Copy, and Fax objects with a touch of a button from one device.

The team members that developed ZEUS had been working in a robotics lab and used 3D printers on a daily basis to 3D print sensor adapters. They saw the benefit of integrating a 3D scanner into a 3D printer and making it a copy machine for 3D objects. 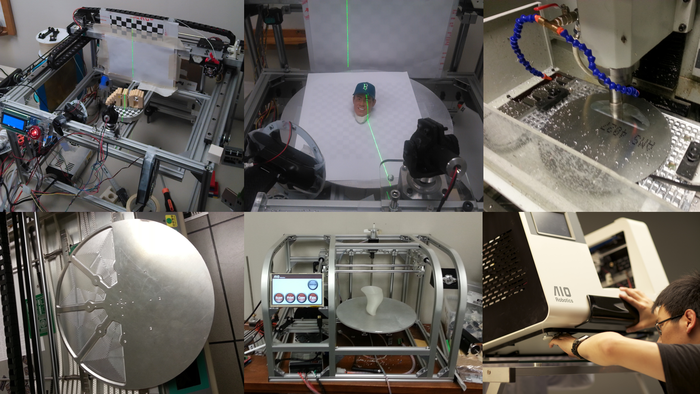 First time when I heard about 3D faxing I was a little bit confused. How does it could be in 3D? The team explains the meaning of this and says it was included for seamless sharing. In other words 3D faxing allows you to send 3D models from one ZEUS printer to another through an online secure connection. As soon as a new model is received, user could confirm the model printing.

AIO Robotics also decided to include auto-copy function to their product. They believe that having a complete 3D machine (scanning and printing together) will provide the best user experience. It also will simplify the entire process and solve some issue such as device compatibility and more importantly, lower the 3D scan-to-print learning curve.

You may find manufacturing roll-out strategy timeline for the ZEUS below: