Sometimes, the prospect of facing almost insurmountable odds is just the thing that spurs a person to fight his or her best. Oftentimes, when the odds are stacked against an individual or when the person initially feels ill-equipped, the combative stance may just turn out unbelievable results. This awe-inspiring theme has been used comprehensively in Hollywood at almost every turn. In fact, Sylvester Stallone etched his placed in the entertainment world (and generated millions of dollars in the process) based on the ridiculously tough odds that Rocky Balboa had to go through in order to succeed in life. 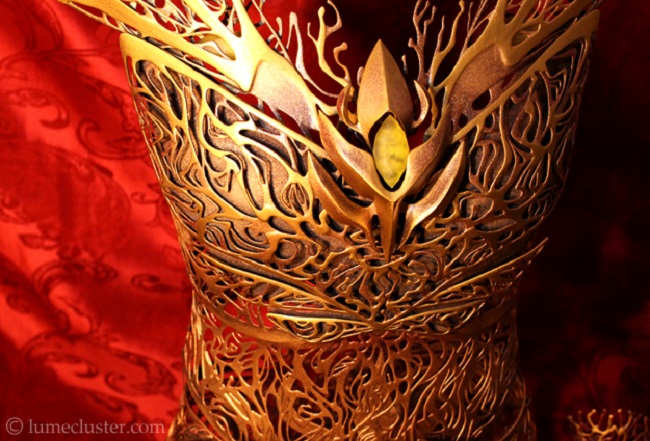 Because real life often imitates the reel life, the case of Melissa Ng 3D printing an amazing armor for no less than Felicia Day is something the creator herself considers as something normally out of her league. Although Ng is herself a renowned 3D enthusiast and jewelry designer, the whole Dreamer Regalia Armor is an entirely different beast to tackle. Considering that her previous 3D works concentrated on masks, an armor that is as intricately detailed as this one left her gasping for all sorts of inspiration. 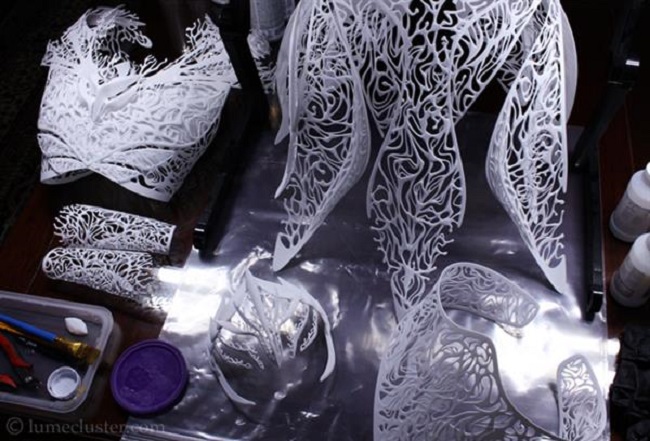 Only after a backbreaking effort encapsulated inside more than 228 hours of unbelievable dedication did the work came to life. Ng admits not being able to comprehend what went behind the scenes in order to come up with this ornately designed 3D printed armor. A work of this magnitude requires help, obviously. Ng got hers from Shapeways and CoKreeate. The former sponsored almost the entire project and was responsible for the SLS 3D printing while the latter utilized its unrivaled capability to 3D scan objects.

The inspiration behind the 3D Printed Dreamer Regalia Armor is to encourage people never to stop believing in themselves, particularly their creative tendencies and aspirations. It is a creation that, in more ways than one, exemplifies what one can achieve if the belief and motivation are present. The 3D printed armor, thus, has to be worn by someone that personifies what the dress stands for. Currently, no other person deserves to wear the armor other than multi-talented actress and counterculture queen, Felicia Day. Day, aside from being an accomplished actress is also known as a staunch supporter of women, differences in personalities, and anyone working hard to achieve their aspirations in life through their creativity and dedication. 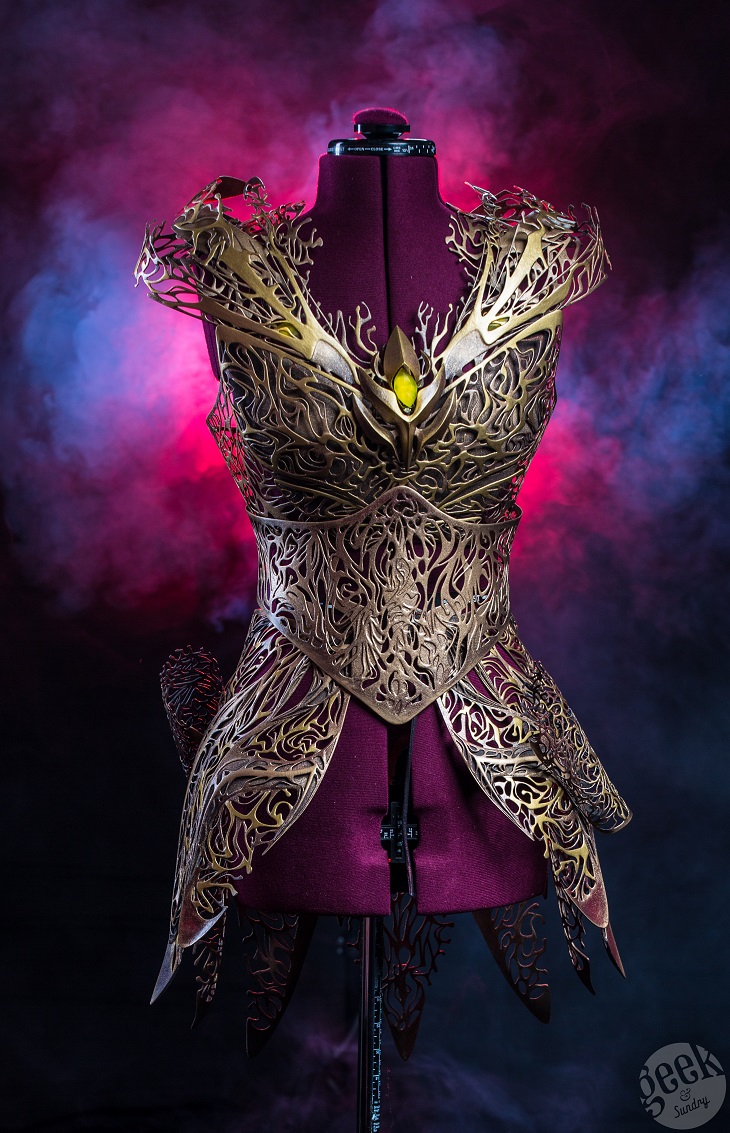 The work started with Ng working under a ridiculous number of hours drawing the details of the armor while Blender was used for the digital model. CoKreeate, using a sophisticated Artec EVA 3D scanner, body scanned Day’s whole figure to get a perfect match for the digital model. Ng had to make several adjustments in the Blender model to come up with an inch-perfect rendition of the armor that will suit Day like a second skin. From there, Shapeways took over. Anyone familiar with 3D printing technology should know what Shapeways is capable of, especially with the combined efforts of CoKreeate and Ng at its disposal.

The result is something even the most hardened 3D designer and fashion expert will be truly proud to unveil!