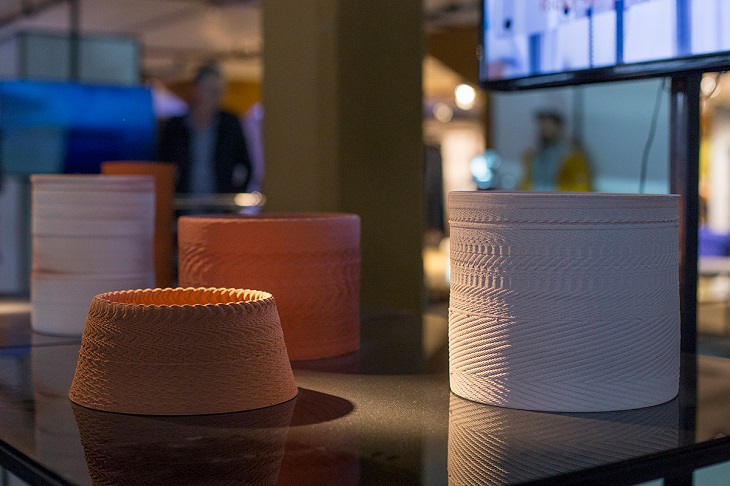 There’s an old saying: ‘If you want to do something right, do it yourself.’ This has been the driving force for Olivier van Herpt as he customized his own 3D printer which is capable of printing with the use of clay. You could say that 3D printers that have clay as the printing material are rare, and the ones that do exist must have a specialized clay filament in order for them to work well. What van Herpt has done was that he created his very own extruder that allowed his printer to work even with the use of regular clay that’s widely known for gardens.

The Dutch sculptor had a lot to say about 3D printing and its many uses. “When I first started researching 3D printing, the technology was an exciting and interesting one. But the desktop 3D printers were unable to produce things at a human scale,” he said. “Large and medium scale functional design objects that we use such as bowls, plates & decorative objects could not be made. The objects made with desktop 3D printers were also low in heat resistance and could not be food safe. Industrial 3D printers could make food safe objects for everyday use, but these would be too costly to produce.” 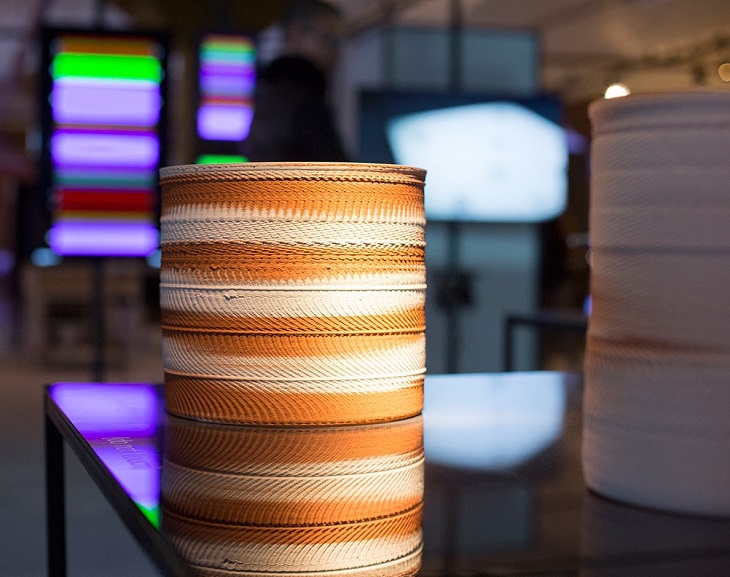 A graduate of industrial design at the Design Academy Eindhoven, Olivier van Herpt started to utilize his printer in creating ceramic sculptures that have many shapes and details. With his creativity and technical know-how of 3D printing technology, he has created many objects of art that have been lauded by his colleagues and audience. He has also worked in tandem with other creative people whom he thinks would help him improve his craft. His latest project, ‘Solid Vibrations’ was made in partnership with Ricky van Broekvhen, a spatial sound designer.

In ‘Solid Vibrations’, van Broekvhen, who is a musician that has design and architecture degrees, utilizes sound waves to make shapes, manipulate movement and outward imagery in order to make the final product. Van Herpt has asked his help in order to apply such techniques to 3D printing. Van Broekvhen placed a music speaker just below where the actual printing was to be done. The speaker was essentially a medium from which low, vibrating sounds would emanate and affect the printing process with fine ripples and lines that flowed to the effect of sound waves. The overall result was that the pots that were 3D printed now have small and fine details that represented the affectation of sound to the printing process.

They only used low-pitched sounds that had a continuous flow. But they were also interested in employing actual music from many genres in order to see the physical effect of those kinds of music to the surface of clay. ‘Solid Vibrations’ is just a start of something quite interesting when it comes to the world of artistry and science. It has already proved how sound manipulation and sculpting could be meshed together to make art.