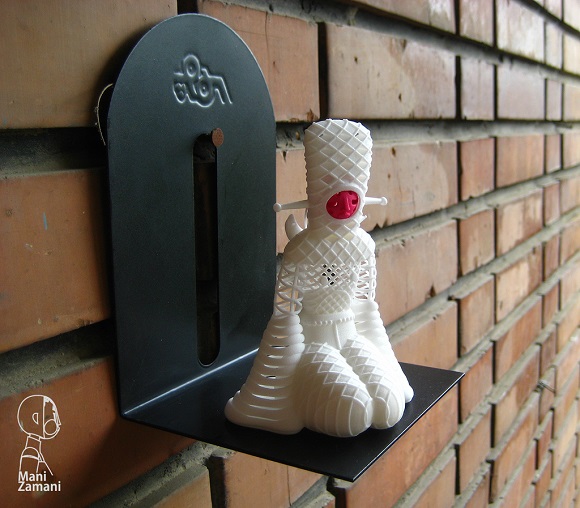 What do you think of when you hear about 3D printed toys? Probably you imagine small cars with rotating wheels, action figures or guns. As time goes by, designers are becoming more inventive and creative in this area of design. There has been quite a significant revolution in this area and now the toys can be 3D printed on both industrial level machines operated by Shapeways and on common desktop 3D printers. Mani Zamani is a Swedish 3D designer from Gothenburg. He takes toy 3D design very seriously. 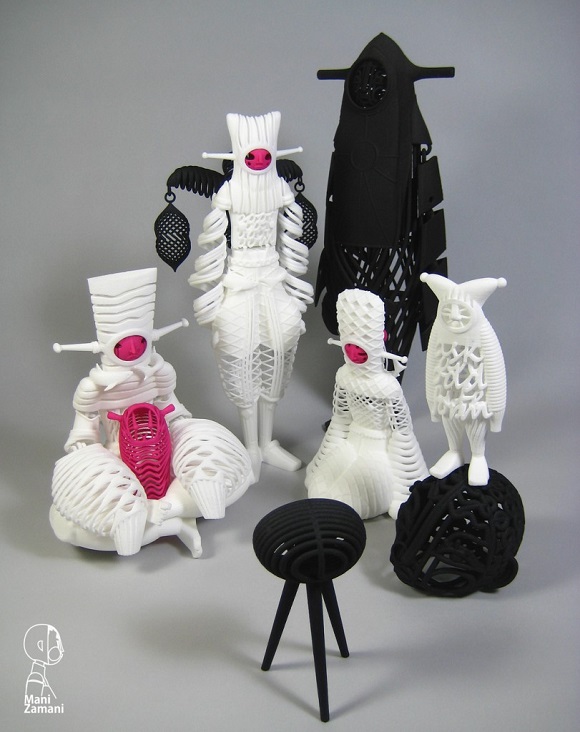 For eight years has he been preoccupied with creating collector grade art-toys. He has tried various techniques for creating toys, but he considers 3D printing to have influenced his creations to the greater extent. In addition, 3D printing allowed the designer to create more toys that are now owned by toy collectors. 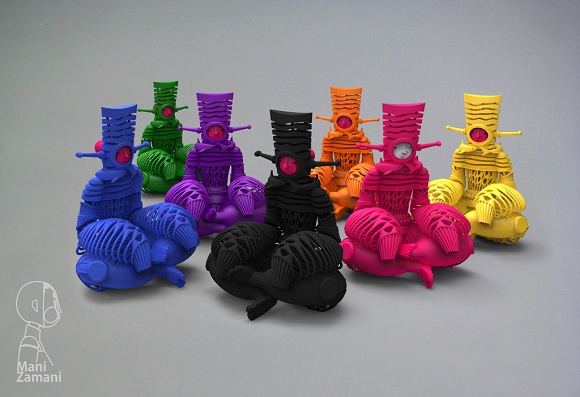 Zamani now develops all his 3D printed models and toys with Rhino 3D. He has spent the whole three months developing a toy – from the original idea and sketching stage to getting the ready toy. He uses Shapeways and 3D prints his toys with SLS (Selective laser sintering) machines. His recent collection is called “Extra Terestri Aristocrats”. One item of the collection is sold at a price starting from $4,00 to $160,00. Zamani says that SLS 3D printing has a wide range of opportunities for creating such remarkable toys, which do not resemble anything there has been represented before. 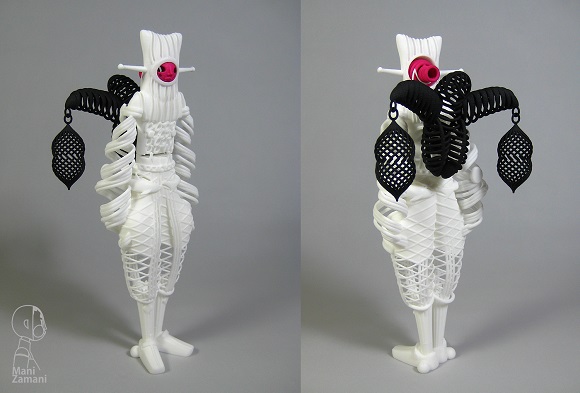 SLS printing technique allows the designer to envision the alien skin and the clothes that each of his toys has representing a particular aristocracy of the galaxy. As the designer says, every time he sees some complex figure appearing from the powder, he has a strong feeling that those powders appear from another planet and inside it he can find other alien forms of unbelievable varieties. So he thought of making up a story about aliens in complex outfit from powder in a common living room. 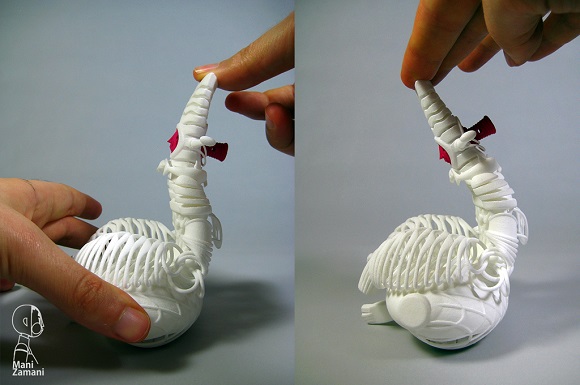 Photos and videos prove that that these toys do not resemble any other kinds of toys that are familiar to you. They are called “collector grade” toys, but the designer says they have some movable parts with which you can also play.

The Sharkpasha toy has some degree of flexibility in its hands that can be placed to hold things. These toys are mainly designed for communities of collectors and represent the evolution of 3D printing technology and their culture.