3D printing technology has helped in a lot of fields over the years. More specifically, it is very helpful in the medical field, especially in the production of assistive devices. Some parts of the world such as in Uganda and the United States are making good use of 3D printing in improving the lives of adults and children. The Lund University School of Engineering is a Sweden-based university that is very proud of one of its Master’s students in product development. Emelie Strömshed has made a process that is very simple, which involves a trio of 3D technologies. With the help of this process, creating a custom prosthetic arm socket becomes much easier, and a young girl named Neya Pfannenstill was the first one to benefit.

To make it easier to create the prosthetic limb with a perfect fit, Strömshed developed a step-by-step process that aims to provide a guide that is easy to follow for the makers of prosthetics, especially those who are not familiar with CAD. In the simple process that Strömshed made, three different technologies were included: 3D printing, 3D scanning and CAD modeling. She believes that the combination of these three will enable us to create better fitting and more efficient prosthetic devices. 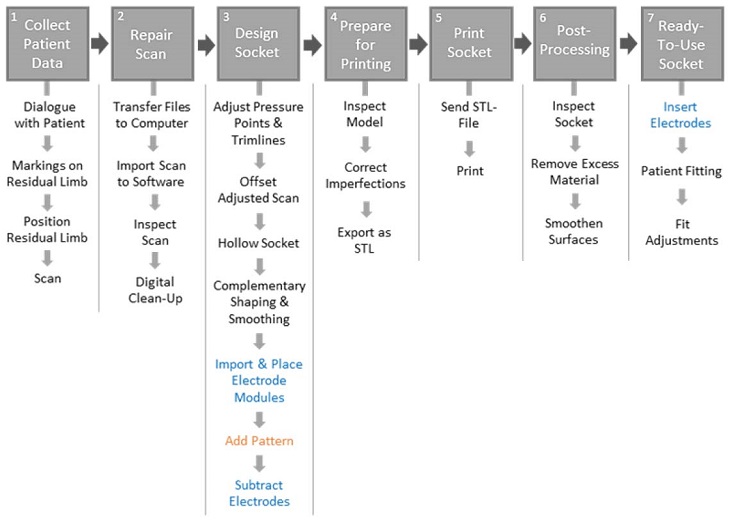 In the beginning of the process, it features 3D Systems’ iSense 3D Scanner. This low-cost accessory allows the transformation of an iPhone or iPad into a 3D scanner. It was very important that the inner surface fit perfectly on Pfannenstill. Hence, the first thing that Strömshed did was offset the limb surface at a certain distance that is the same as the 3D printed socket’s desired thickness, and was then subtracted from the original 3D scan. 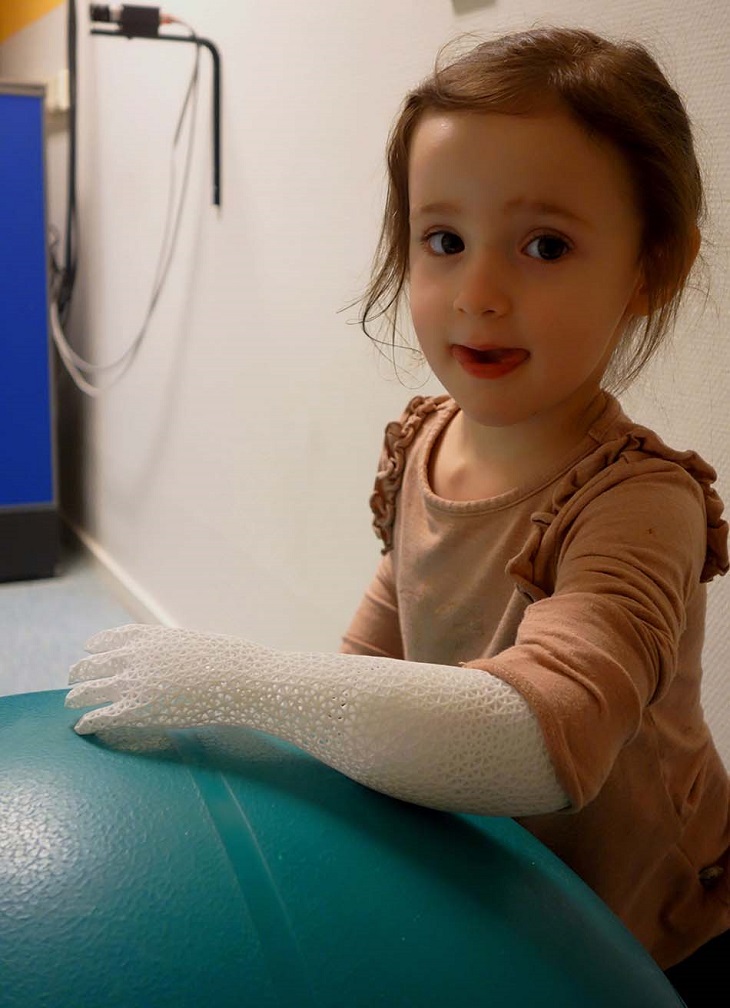 After this, the prosthetic design is formed and smoothed out and imported with electrode modules. In addition, it is then given a beautiful pattern that suits the preference of the one who is going to wear it. Electrode modules are deducted after developing the pattern, and are placed back into the 3D printed socket that is ready to use. Then the final design will be ready for 3D printing with a sintering system made of strong nylon, which can be colored if the wearer wants to look fashionable.

With the help of Strömshed’s process, prosthetic technicians and manufacturers can already make perfect-fitting prosthetic socket even without knowledge on advanced CAD skills. The method used by Strömshed is actually considered to be a major advancement since you no longer need a skilled manual crafting in manufacturing prosthetics unlike the traditional methods. Aside from the young girl Pfannenstill, many people will definitely benefit from the method because it shows to save around 400 hours and 32,576 USD per year.

With the supervision of a prosthetist from Aktiv Ortopedteknik Christian Veraeus and a professor from the Lund University Olaf Diegel, Strömshed was successful in her comprehensive research. They cannot go wrong with this research because Diegel is specifically famous for his work with 3D printed instruments such as guitars and saxophone. 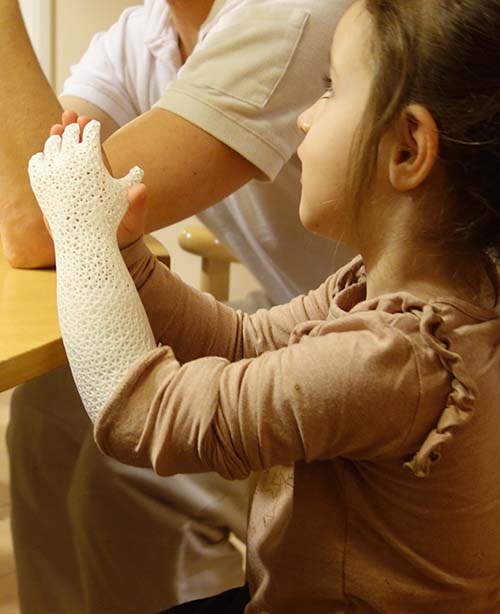 In the mean time, Diegel has helped Strömshed in producing prosthetic designs that are very helpful to prosthetics specialists every day. Through this research, there is a bigger chance of higher accessibility of prosthetic designs and devices since it is more convenient and easier to use.