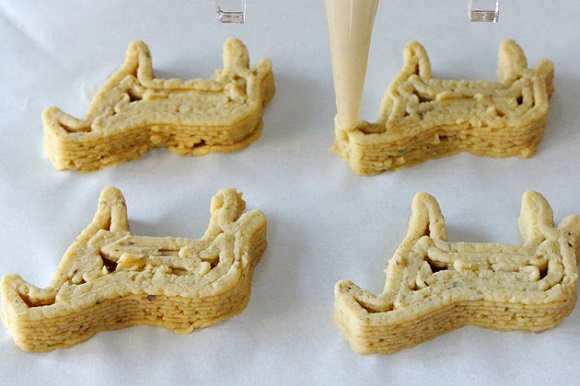 Scientists are trying to change eating times for the elderly with swallowing problems completely through 3D printing their food. With a 3D printer it will be easy to make well digestible food, which will have all the characteristics of the real food, like taste and shape, and it will also be full of special nourishing substances. According to statistics, about one in five people aged 50 are currently suffering from difficulties digesting food, which is known as dysphagia. It’s difficult for such people to eat because their larynx doesn’t close in a proper way while swallowing, thus food gets into lungs, but not into stomach. There are cases when food gets into lungs without any sign of being there, which is extremely dangerous, for this may result in serious complications like a kind of pneumonia or renal failure, sometimes leading to death.

In nursing homes the number of people suffering from the condition reaches 60 %. People often get ‘porridge-like food’, which consists of various ingredients pureed and mixed together. Imagine how disappointing this may seems, when your friend’s plate is full of chicken fillets and vegetables, according to Matthias Kück, who currently is the chief executive of Biozoon Food Innovations in Germany. He adds, that taking food is an important occasion in nursing homes. That’s the time for people to meet for breakfast, lunch and dinner. Biozoon scientists did their best to help those who have swallowing problems. They produced food items in a digestible form. For example, a chicken fillet will be cooked, pureed and strained and the liquid then used to produce a jellified portion of chicken that can be safely digested. Unfortunately this type of food is hand-made by chefs, requires a lot of time and only a small number of people can afford it. During the following three years of development the project is expected to develop more and become available for as many people as possible. Kück hopes that the elderly will have a good choice on the menu and he also hopes that products will be prepared well on the special plant and then will be delivered. The new type of food will be rich in nutrients and vitamins – so necessary for everyone. 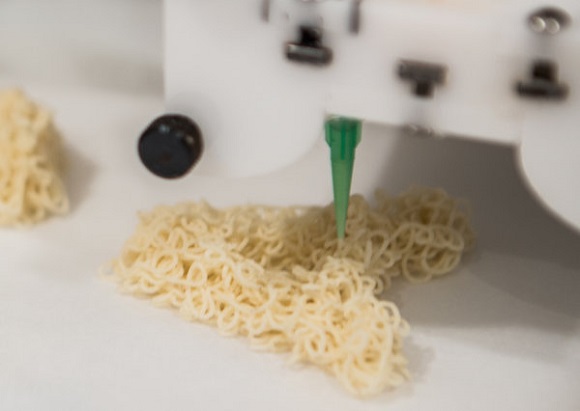 The food 3D printer will work just as the usual printer does, but instead of ink cartridges will be filled with liquefied food. 2D (Two dimensional) food printers are a common case nowadays. They are widely used in production tops of cakes or even spreading tomato layers on pizzas. A 3D food printer goes much further. It uses separate cartridges for different kinds of liquefied food. The first layer of food is created at the beginning, for example, the two-dimensional wing from a meat cartridge. Then it is shaped by nozzles of the printer head. To make the food stick tighter a gelation agent will be added, but it is still being developed. Having printed the layers the ready product comes up. So you can get a chicken wing, a pudding or an apple. Scientists promise that the moment you bite a piece of 3D printed food, it will melt in your mouth.