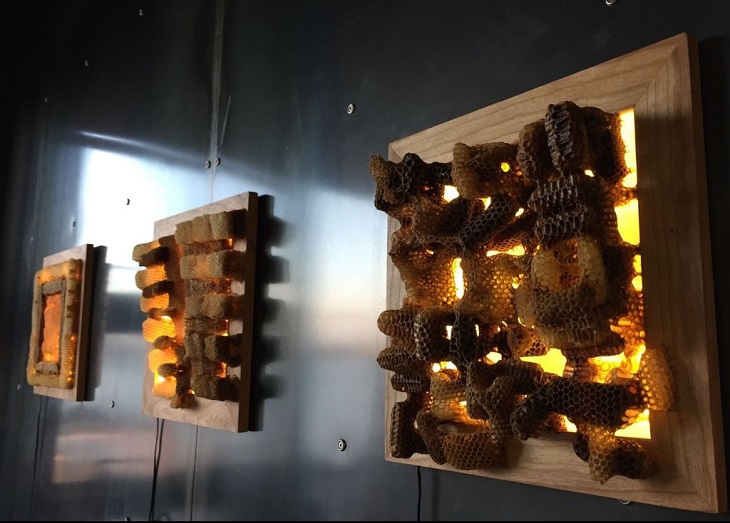 Some of man’s most efficient and awe-inspiring fabrications take their cue from nature. From aerodynamics and sonar to running footwear technology, more than a couple of things that he uses to make his existence more convenient and effective are inspired by the way nature designed things to be. The difference lies mainly in how things effortlessly happen in nature while man has to spend a veritable gold mine to come up with a technology or technique that replicates the most basic wonders of the natural world. 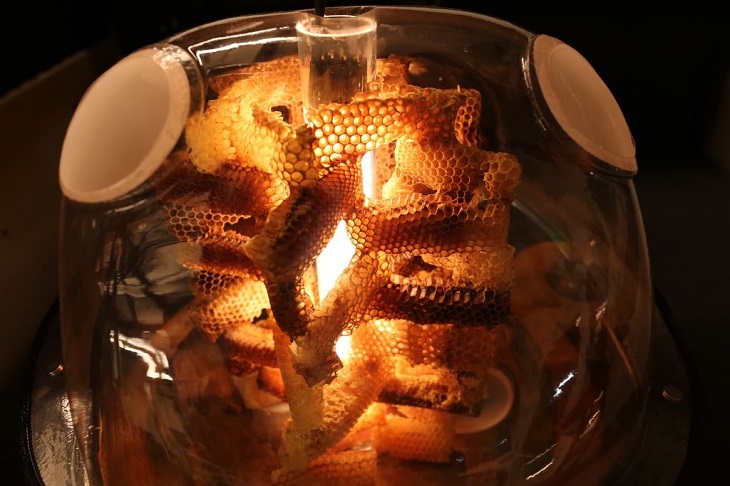 Jennifer Berry, the multi-talented creator of Berry Design Ecology, gives bees the distinction as nature’s first 3D printers. As a woman who successfully juggles several interests, hobbies, and works, she considers these flying and flower-eating insects as the biggest inspiration behind many of her most acclaimed and incredible works of art, designs, and inventions. The latter includes a bee-inspired 3D printer that also doubles as a mind-boggling beehive.

Berry’s 3D printer is called the B-Code Biopolymer Printer. The development of this amazing 3D printer, which can produce artworks that are both palatable and biodegradable, began when she was yet working at one of San Francisco’s most popular additive manufacturing sites—the Autodesk Pier 9 Artists in Residence Programs. In the midst of a group of people who practice 3D printing technology in various levels and in different fields, Berry’s B-Code Printer stands out as one of the best nature-inspired designs and inventions. 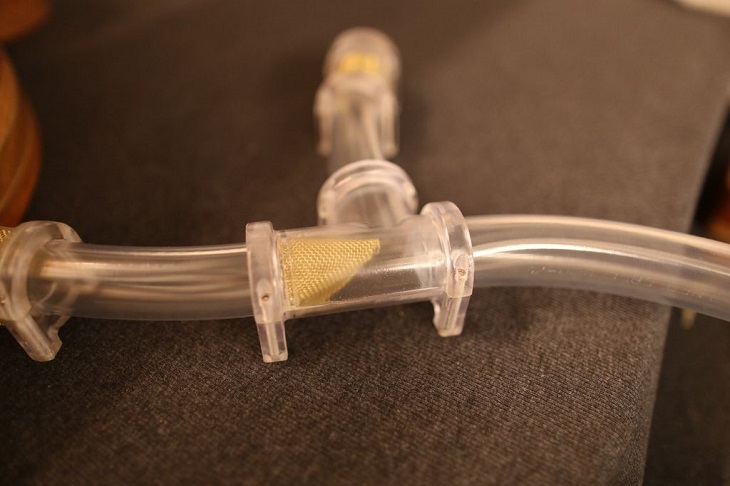 For all intents and purposes, the B-Code Biopolymer Printer is practically a monument that Berry uses to pay homage to the bees. This is not just a mere monument as this can rightfully be called a living work of art; one in which the bees have a literal hand in completing as this also happens to be one of their most comfortable homes, albeit a transitory residence. Besides doubling as a beehive, this 3D printer also gets its name from one of the bees’ most unique ways of doing things in nature. Apparently, and according to Berry, binary computation, even those used in computers are similarly formed in like manner as the bees operate in the real world. For this reason, Berry named the 3D printer B-Code. 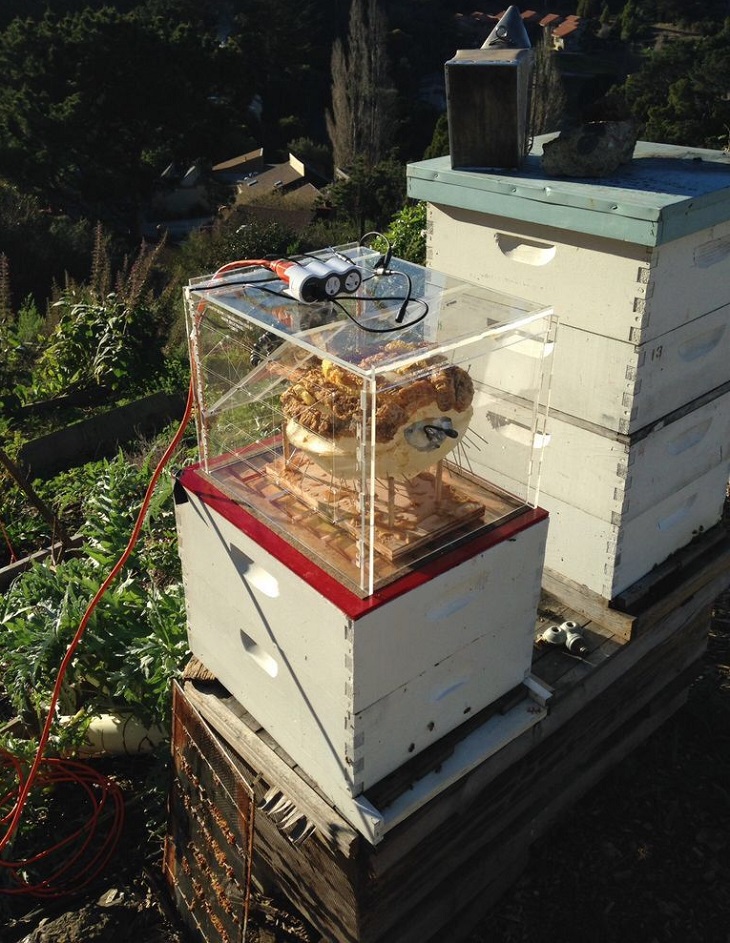 One thing that should be really worth mentioning is the fact that bees are very particular about their beehives. They actually dwell on a man-made beehive, even for a very short amount of time, if it meets many of their peculiar requirements like the spacing inside the honeycomb as well as the kind of materials being used. Unless, the man-made structure lives up to their high standards, the bees would simply ignore that beehive. 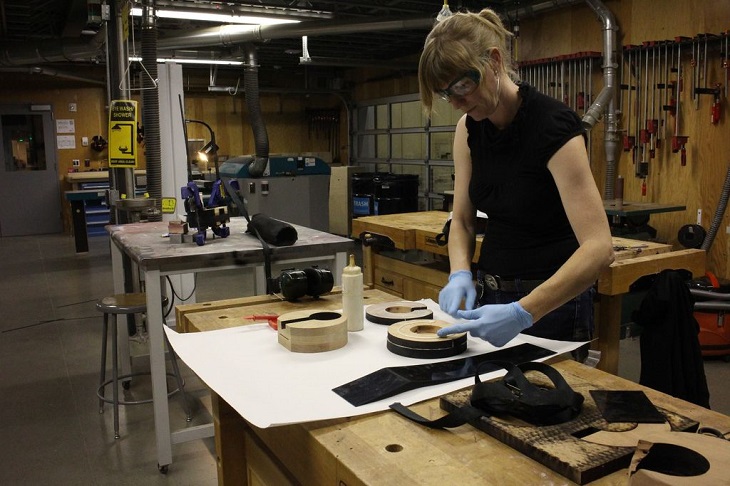 Obviously, Berry made sure that no bees were harmed during the production of the printer while the printing operation signaled the bees to vacate the 3D printer to look for a more suitable and permanent home. For those who are very interested to get detailed instructions, the creator of the B-Code Biopolymer Printer has provided everything at Instructables. Personally checking out the design, concept, and instructions from the site will go a long way in building a functional 3D printer and an amazing beehive to boot. 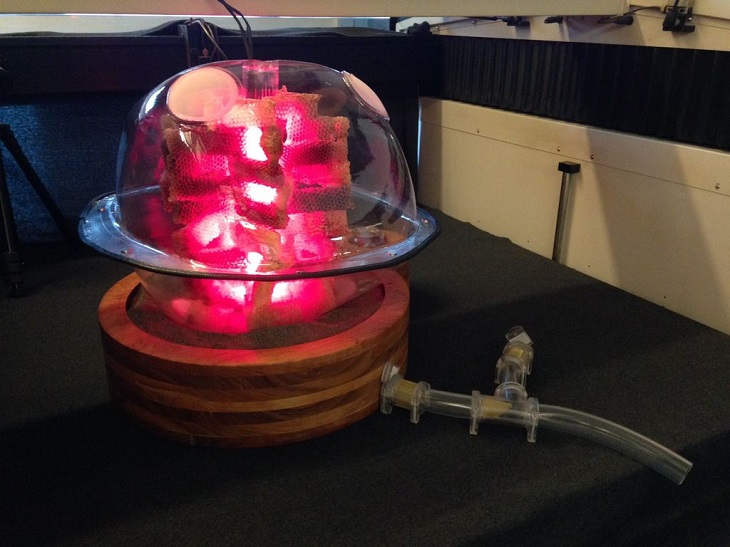