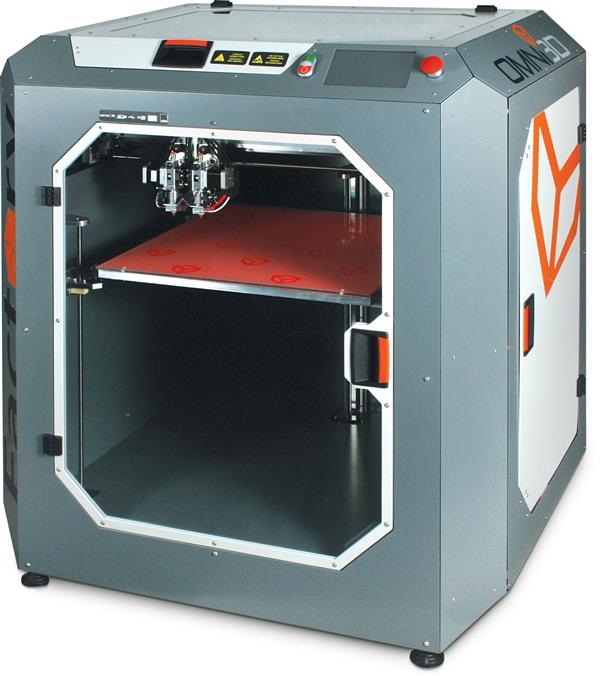 3D printing technologies are developed rapidly and almost every day we can see a lot of different news about new projects, filaments and 3d printers. One of countries that succeeded in this area is Poland where 3D printing became very popular during last few years. As a result, we could see many Polish start-ups that unveiled products for a while now.

One of those companies Omni3D , 3D printer manufacturer, recently presented their new product Factory 2.0. This new industrial level FDM 3D printer with price tag of approximately $11,000 will definitely be interesting for many businesses. The company spent about 2 years on development of the new 3d printer and is planning to force its way into the industrial market, which is new for them.

First thing that you may notice from the first glance on the printer is its large build envelope 50x50x50 cm (or almost 20 inches in each direction). Besides the large envelope, the Factory 2.0 also includes other premium features such as an intuitive user interface, a heated platform that can reach 70°C in 5 minutes and precision dual extruders.

Some of the 3d printer specifications can be found below:

In addition to all features mentioned above we also want to mention about a built-in filament weighing system, flow control mechanism and a precision capacitive sensor on the printer’s extruders that allow having complete control over any 3D printing project.

The Factory 2.0 will become commercially available in Europe and the U.S. in September 2015. However, few of Fortune500 list companies have already showed their interest to the printer. The printer manufacturers are also going to test the Factory 2.0 in the automotive sector where it would be used for car elements production.