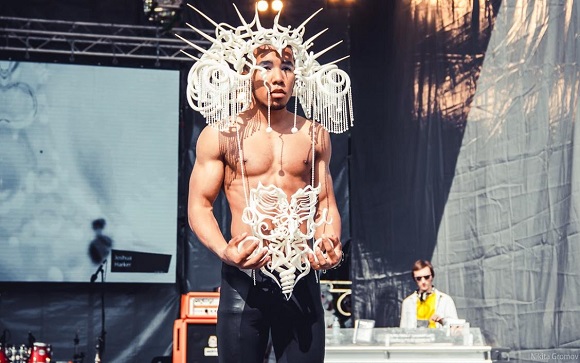 Up until the present fashion and 3D printing seemed to have nothing in common. Some designers tried to combine the two industries, but they didn’t manage because of the limited number of materials they had to work with. Thanks to the emergence to the new generation of materials that can be used with 3D printers (like 3D Systems’ProJet 5500X or Stratasys’Objet500 Connex3) fashion designers have just started to view 3D printing as the way to produce clothes. 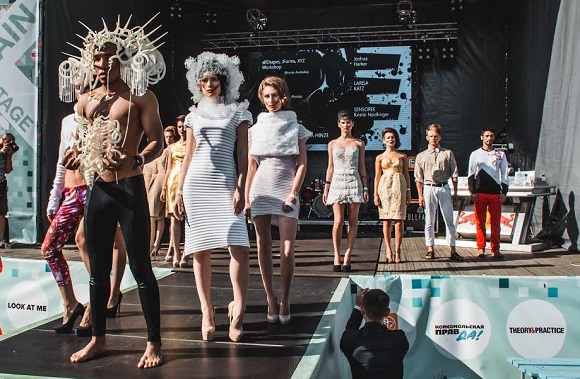 During an open-air festival in St. Petersburg, Russia, called Geek Picnic 2014 3D printing fashion designers from all over the world demonstrated some 3D printed shoes, clothes and accessories as part of ‘3D Print Fashion Show’. That was an unusual fashion show, that’s why lot of people were there. It seemed to those who are not familiar with 3D printing that they had time travelled to attend a show several decades in the future.

Joshua Harker was one of the headliners of the show. He is an American artist and a pioneer in 3D printing culture on the whole. He performed his work with the tiniest details and so he broke the edge between the possibilities of production and design. 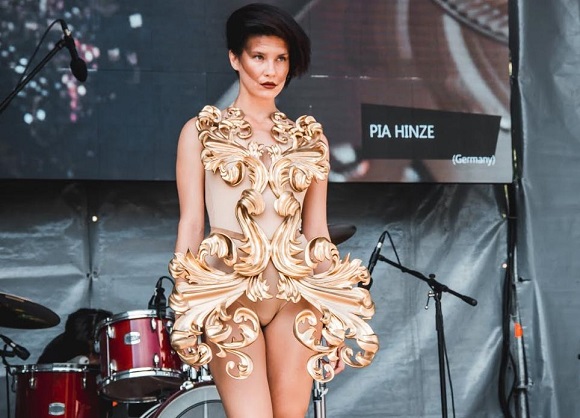 Larisa Katz was also one of the headliners. She’s a designer famous for her unusual and elegant works. She has also represented her designs in Dubai, Amsterdam, New York, Bahrain and London. Her clothes are popular with actors and actresses during Royal Ascot Races, Cannes Film Festival and other important events. Katz says that everything already is hidden in the material and her task is just to take it out. All the parts of her dresses are glued, screwed or sewn to each other. Each model is peculiar, she likes to have something surprising and unique. 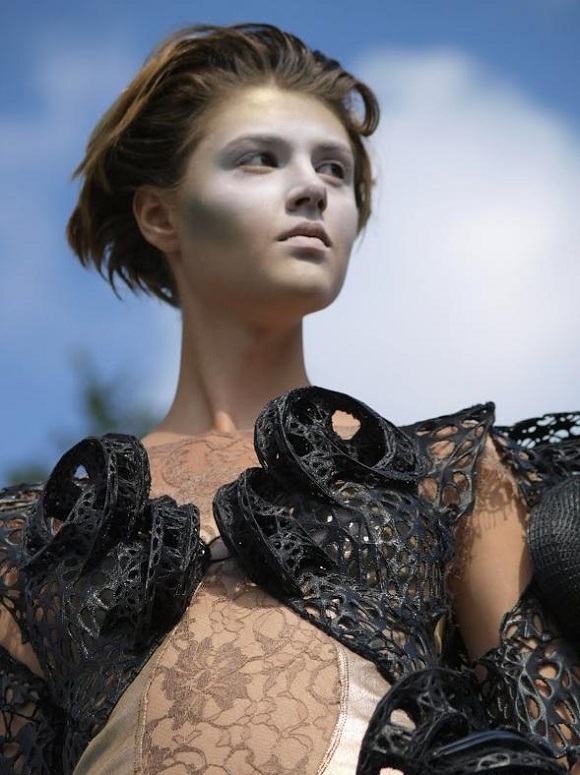 Another 3D printed fashion designer was Pia Hinze, who also presented her models. Earlier she had represented her models during 3D printshows in New York, London and Paris. Her designs look like a contradiction between the dreams about the future and traditions of classical fashion. 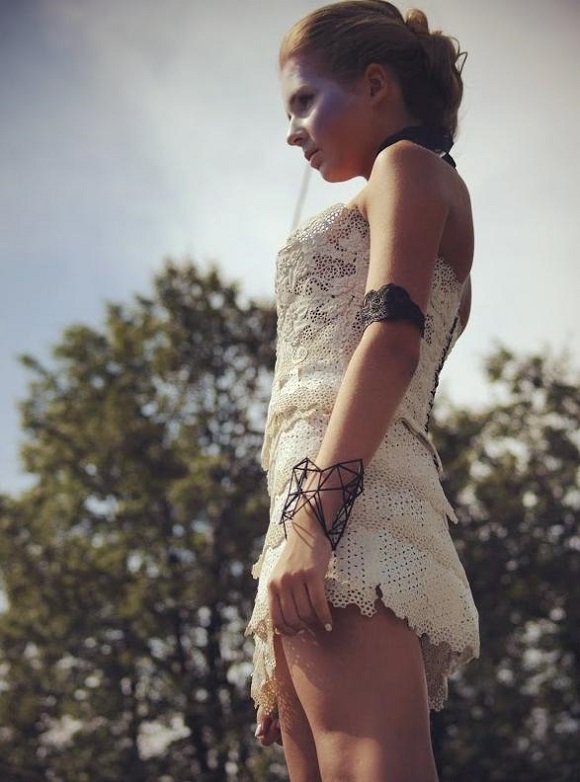 One of the guests of the show Dmitry Kashtanov said that earlier he had visited the Greek Picnic Festival, during which Hinze’s “Neobaroque” collection of clothes was the headliner of the show. The dress possessed eight different 3D printed elements that all together made up a unique masterpiece. 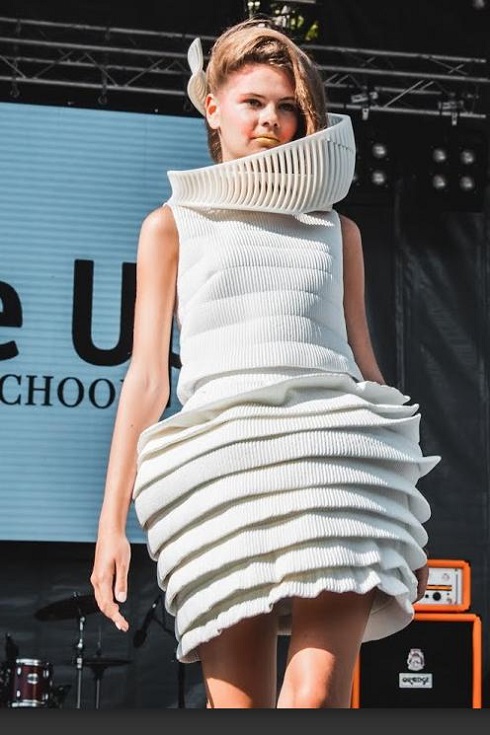 Some really unbelievable 3D printed shoes were presented during the show by Pavla Podsednikova. Pavla’s point of view is that technological breakthroughs like 3D printing should be the beginning of innovations in the world of fashion design. Her shoes are really smooth, they look like natural curves and women’s legs flow there. 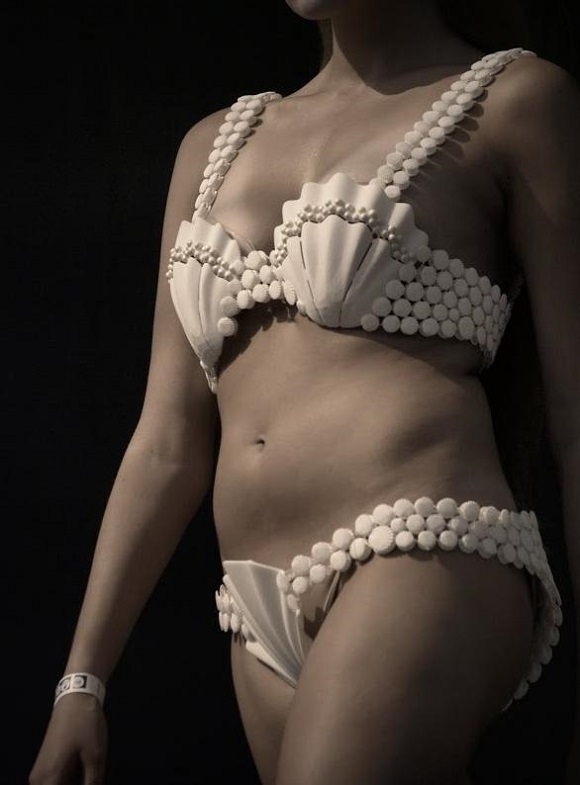 The key point of the show was NEUROTiQ line. NEUROTiQ is the product, which will try to read your emotions and impulses from your brain and thus change the color of the accessory. This application can read 14 types of neuro-waves. Enthusiasts strongly believe that in the future such an applications and accessories developed by them will become the main means of communication between people.