It’s still a great problem for many schools to figure out how to implement best Science, Math, Engineering and technology into the curriculum and to inspire the young generation. Despite this, a fifteen-year old entrepreneur and inventor Thomas Suarez already has a portfolio of applications and is about to launch the his first 3D-printed design this year. He has also created a TED presentation and established a company CarrotCop.

Recently he has announced that one of his 3D printer designs will change the 3D printing world completely. He means the 3D printer design in the shape of a sphere, which is called the Orb. It is represented as a modular 3D printer, which has an open-source platform, using which it is easy for users create their own design and to make it suit their needs.

Apart from the unique industrial design, the Orb represents a “Spinning Disc Architecture”, which resembles a vinyl record player and revolts, the extruder of the Orb moves on its surface. When it rotates at high speed, the spinning disc architecture helps print the object quicker in comparison with the known 3D printing techniques. The theory sounds good, when you talk about it. However there are no pictures and images to illustrate the quality of the prints created with this method.

In fact the printer is a combination of the Multi-heat Technology and magnetic filament to help during the extrusion-based processes. The Multi-heat technology works on the principle of stacking numerous heating elements on top of one another leaving a small air gap to let the fast-moving plastic heat sooner, whereas the custom magnetic filament consists of small metal pieces to let the heat scatter more evenly over the object remaining connected to the spinning disk and motionless. 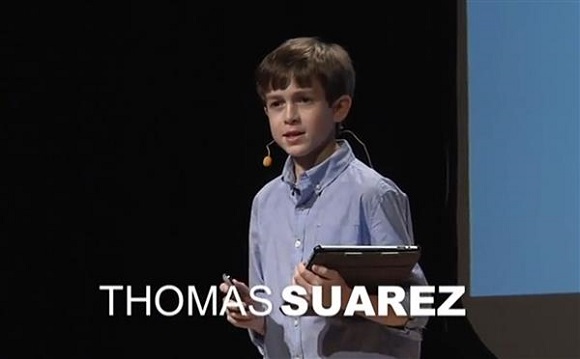 Probably one of the most interesting features of the Orb Modular Architecture is its ability to be used in a number of different printing functions with one simple Plug and Play setup, which as CarrotCorp says, simply works. The separate printer elements represent special functions like disk rotation and extrusion, which are controlled by separate modules. If combined with the Open Development Kit, the Orb 3D printer turns into a fully-customized 3D printer working at a high speed, which is able to produce objects of small and medium size.

To control the printer CarrotCorp have also re-designed the building blocks of G-code in order to develop the unique language of codes, which is intended to be human-readable. To provide an example of such a code CarrotCorp developed a 24-line Orb Print Code instead of the 321-line G-code. The new code allows 3D printing the same object. 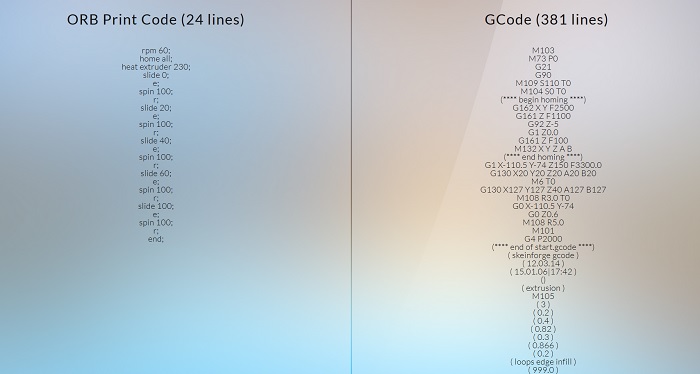 We are still waiting for the Orb Printer in action, Suarez looks forward to starting the printer through crowdfunding sometime this year. One thing is already certain about Suarez – a bright future lies before him, no matter if the Orb starts or not.

MakerBot to spread 3D printing across Europe
GE Engineers developed a 3D printed mini jet engine that speeds at 33,000 RPM
Portable TekBot 3D Printer: Small in Size, Simple to Assemble, Reliable in Printing
A Blast from the Past with a 3D Printed Tourbillon Clock