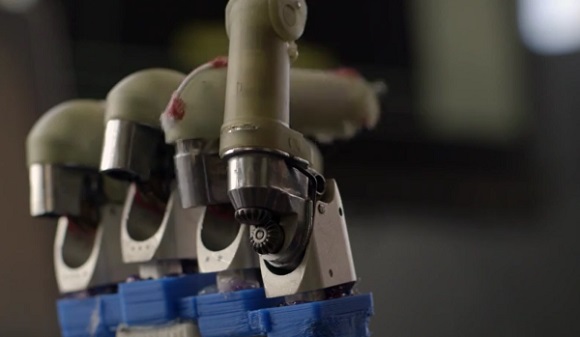 GE Engineer & Technologist Lyman Connor understands the need for easily available bionics and so he decided to use the tools he had and he knowledge and experience to create a bionic hand. Last year in October he suffered in a severe cycling accident after which he regained consciousness only in hospital. Some time passed and when he was about to leave it he met a young boy who looked deeply upset. He didn’t manage to cheer the boy up, as didn’t have part of his hand. Connor was deeply impressed and that’s what became a stimulus for him to build a bionic hand. 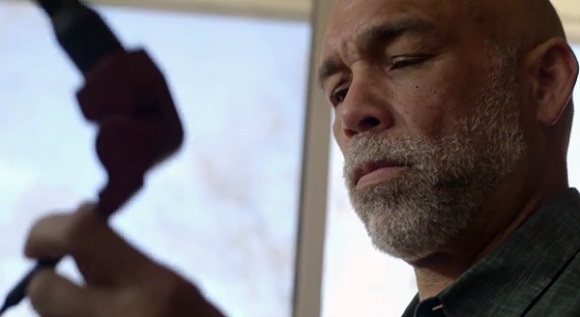 Connor himself raises four children alone. The youngest of them is eleven years old, and the rest are young adults. He comes from a small country town Indiana, which is about 50 miles from Pittsburgh. During his life Connor has tried various industries and roles. He is sure that technology is the thing with which one can use his or her knowledge in any sphere.

Since that moment in the hospital Connor had been doing his best to learn how to build the electronic hand using a 3D printer and how various processes worked. When he began studying the technology, he got engrossed in it. He was excited that using all his skills he could create something similar and that would cost a trifle. All the electronics he needed he had from the US Navy and college, so piecing the hardware requirements took him no time. Then he wrote the initial code, which gave him the proof of the concept. Then Connor read all the documents published by universities, all of which were connected with bionic research and RoboHand – the South African project. He tried what leading providers could manufacture and decided on the same approach with a motor drive system. 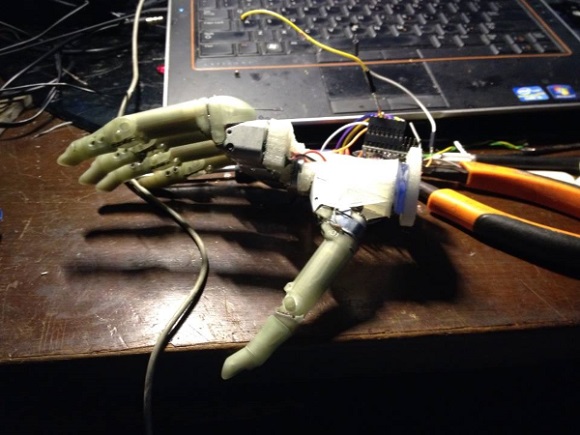 He chose the gear drive assembly and the initial monitor and put the prototype together. Connor remembered one unforgettable moment when he was applying a dc voltage to the monitor. It was the first time he watched the joint bend. He took some samples from CrabCad and Thingiverse with which he developed RHINO5. He printed all the structural parts on his FlashForge Creator 3D printer (MakerBot Clone FDM dual extruder). Formlabs helped Connor to print some of the parts most neatly on their new FormLabs 1 SLA printer.

Connor had little experience with RHINO5 and absolutely no experience in developing smartphone applications. But he had perseverance and patience that helped him get some practice and knowledge. 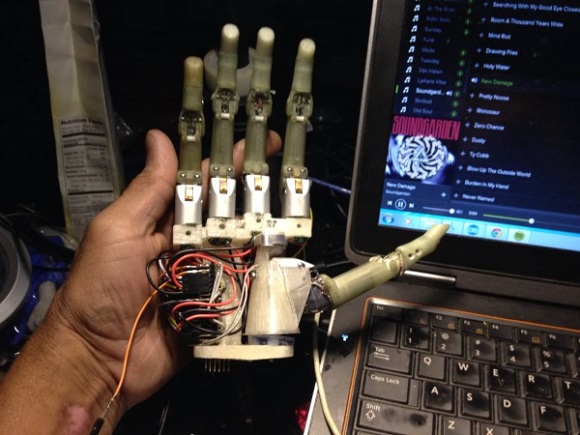 Bionic hands are known to have inbuilt electric sensors to start pre-programmed motions. To make any motion one needs to bend the groups of muscles in a particular order. Moving a hand or a joint in such a way is not smooth, because there is a significant hysteresis between the initiate and actual reactions.

Bionic hand developed by Connor, “Mano-Matic” applies Force sensing resistors to discontinuous open-close functionality. About 25 pre-programmed gestures need be activated with a smartphone application. His application is made to work together with a myo bracelet that one has to wear on the healthy limb. This bracelet is programmed to recognize wrist, hand and arm movements and couple a certain action with a movement.

Now Connor is trying to find the boy he met in hospital in Roanoke, Virginia on October 3, 2013. He doesn’t know his name, but he’s really willing to help him. If you happen to know him, please, write Connor at Lyman.Connor1@gmail.com. The inventor also hopes to release the final version of the bionic hand this October. The boy he met in hospital grabbed his attention and inspired him to find the way out for many people. He wants to make it cheap and affordable for everyone in need.