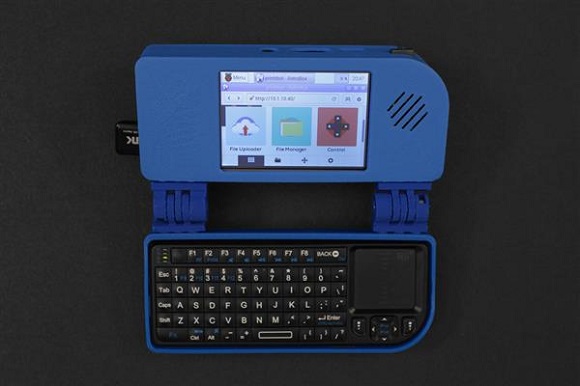 Nowadays there is a wide variety of options to carry out calculations – with a tablet, smartphone or a laptop. But lots of these options can be developed in simpler forms. Previously we have seen lots of projects that use the calculation power of Raspberry Pi or Arduino, but only a couple of them really dealt with boards for developing really usable computer experiences. This time Adafruit has assembled simple but straight-forward guidelines for creating a DIY computer, which can monitor your 3D printer wirelessly.

The mini-computer developed by Ruiz brothers from Adafriut is called Mini Raspberry Pi Handheld Notebook. The brothers have also created things from the Apple watch charger to the DIY Bluetooth gamepad and a movable trellis sound board or even a ray gun blaster. It goes without saying that creating with the Ruiz brothers has always been a good idea, and so is the new Mini Raspberry Pi Handheld Notebook. 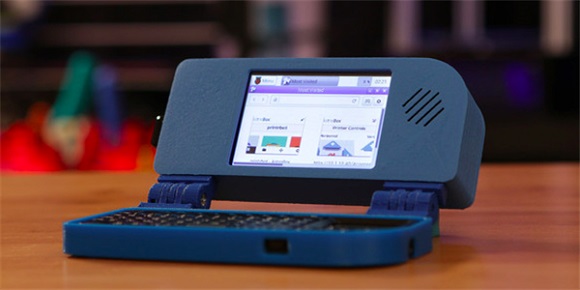 The Handheld Notebook is not so difficult to assemble and it can be built at less than $100 if you manage to find deals on the components. You will also need to make a 3D printed case, but in general the project is really easy. Even though it demands 3D printed components to develop the housing, it’s not obligatory for users to have a 3D printer to develop the parts. Thanks to the brothers the STL files can be downloaded and then uploaded to the local 3DHubs 3D printer provider if necessary.

Two most important components of the project are 3D printed housing and the Raspberry Pi. Have a look at the list of the parts that are required to create the Mini Raspberry Pi Handheld Notebook: 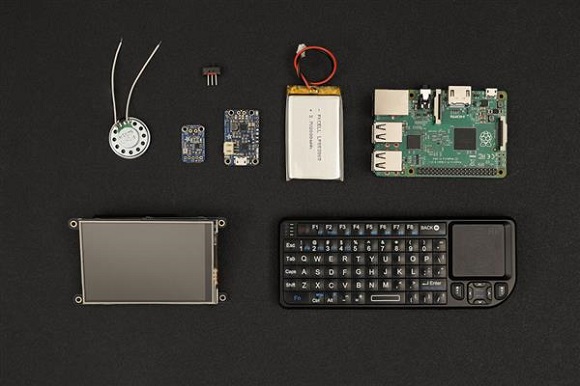 Luckily the brothers have given us the ready-to-go disk image for the Raspberry Pi, so if you don’t have any pre-existing programming knowledge, you needn’t worry. For users with some programming experience the brothers have developed a comprehensive setup guide for hackers who are willing to understand, customize or adjust the PiTFT setup.

In total you will need seven 3D printed parts to start with and run through the whole project. These parts are four hinges, a back cover, a keyboard case and a screen casing. The brothers also provided STL files, so they are ready for printing without any difficulties in ABS and the materials like metal filaments or bamboo. 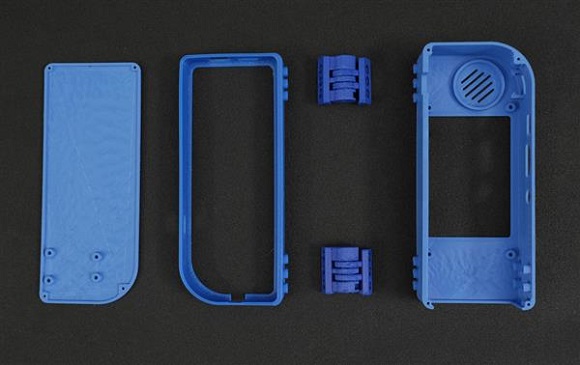 As soon as the parts have been obtained, the straight forward assembling process begins. The brothers have done incredibly good job and have supplied efficient pictures for each of the steps. They’ve also given the required links for extra files.

Other peculiar features of the ready design include USB ports that are placed inside the enclosure, so that they could not be seen. Furthermore, the small keyboard is wireless and for easy interactions the touchscreen controls are used. So you can watch your printer and remotely control your baby to make sure everything is fine 🙂  If you would like to play some games, it can easily be turned into a Z Machine so that you could play your favourite adventure games. 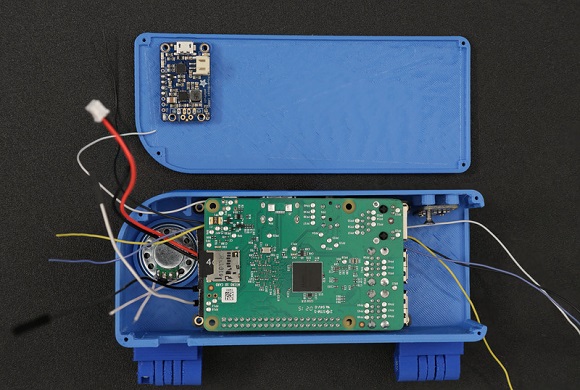