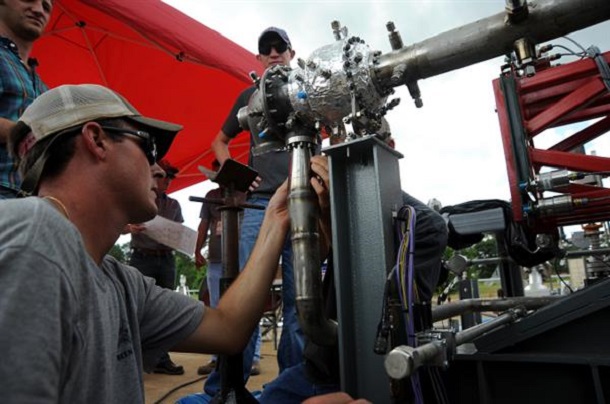 Over the years, 3D printing has made inroads into the aerospace industry, nowadays many of the components are being 3D printed, some of the very ambitious plans include NASA’s plans for rocket engines to be 3D printed. From many of manufacturing options available to NASA, 3D printing came out as the preferred method; NASA recently tested the 3D printed turbopump design successfully at their testing facility at Marshall Space Flight Center, Alabama. While at test the turbopump was able to withstand 90,000 RPMs (revolutions per minute) with liquid nitrogen as propellant, it mimics the scenario in the real event.

NASA has always been found at the epitome of technological innovation and 3D printing is no different, few months ago NASA came up with a consumption chamber liner made from copper and all of it was 3D printed, the recent 3D printed turbopump was more remarkable. In line with other developments, NASA was gearing up for Mars mission – they wanted to devise mission which is budget friendly. The turbopump turned out to be the most complex 3D printed component till date. 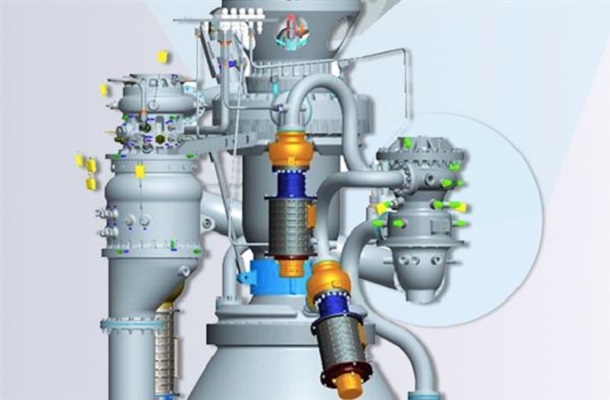 To understand the usage of turbopump we need to get into the rocket engine itself, it is one of the critical components which revolve around the turbine, which is spinning; this very process generates mammoth power – equivalent to 2000 horses are double to that of a NASCAR car engine. At peak of operation this apparatus has the capacity to deliver 1,200 gallons of liquid hydrogen per minute. The resultant power is capable to produce 35,000 pounds of thrust boost the upper stage of rocket engine as per NASA. Into the test the components, including the turbo pump were subjected to extreme conditions which the engine parts are exposed to just like in the real event. You can imagine the extreme condition – 3,315 degree Celsius or 6,000 degree Fahrenheit, compare it with -240 degree Celsius at which hydrogen is cooled.

By now you must have realized that this is a very complex part of the rocket engine, traditional manufacturing methods involved many separate components, whereas the 3D printing drastically reduced number of components to be manufactured from 45%. As explained by Mary Beth Koelbl, deputy manager – conceptualizing, designing and testing of 3D printed part as complicated as fuel pump was really important for the upcoming testing for the rocket engine which was entirely 3D printed. By increasingly using additive 3D manufacturing methods to manufacture rocket parts, NASA aims to mitigate various cost and risks attached to manufacturing processes to build rocket components. 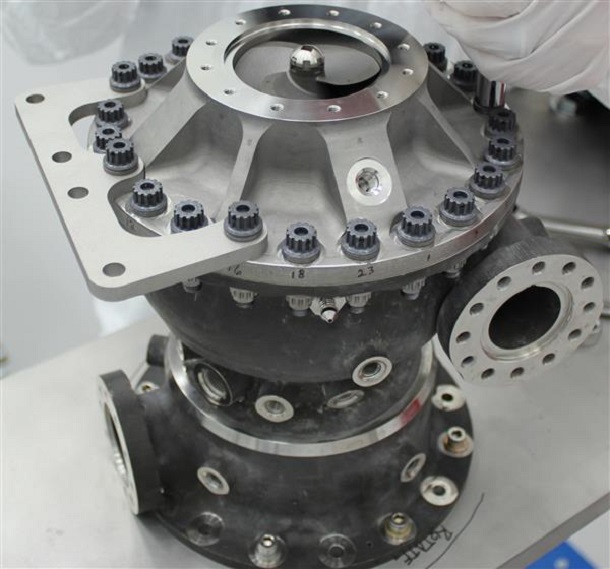 In order to optimize the manufacturing, NASA roped in four suppliers to augment their expertise to build crucial rocket components; each 3D component was designed and built using SLS metal printing technology. As per Marty Calvert design lead on turbo pump – NASA is making big leap into additive manufacturing techniques and design. Several companies in the 3D printing field have acknowledged the rocket fuel pump is among the most complex design ever 3D printed.

Turbo fuel pump testing and design took almost 2 years as per propulsion engineer Nick Case. He also adds that if the manufacturing were to happen using traditional methods it would have taken double the time. Using the additive manufacturing, design helped NASA to conceptualize and design an engine from a totally new method.

Primarily the engine will be used for testing and observation of performance of the 3D printed parts under extreme conditions, very similar to conditions which the components go through in a real scenario. There are plans to make the test details and data available to other manufacturing firms involved in aerospace manufacturing. All the data will be compiled by NASA’s MAPTIS, in the near future the data may be used in manufacturing engine parts. Performance parameters will be made available to space launch system specially in Block 2 advance configuration. For NASA this will prove to be the most powerful launch vehicle, specially made for trips to Mars and further.