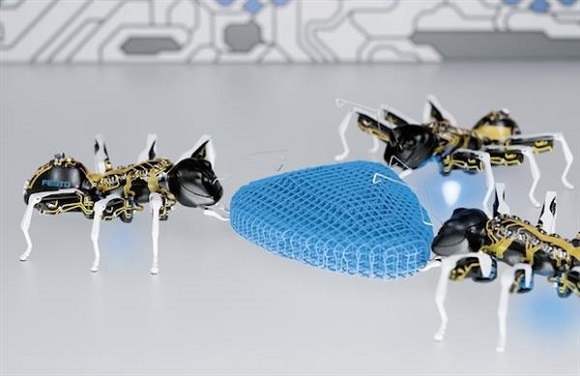 If you are interested in robots of the next generation, you have surely heard of Festo – German Automation Company. The company has a patent on imaginative robotics, based on animal behavior. Nearly every spring the company represents a new robot that surprises fans by its marvelous abilities. Probably you remember the hopping kangaroo that appeared last year? Many of the designs of the company have 3D printed parts, but this time the whole bodies of the creations are nearly totally 3D printed. We are writing about a set of collaborating ants.

Festo has always been inspired by various species of animals. The ants are not an exception. The huge artificial Bionic ANTs are 13,5 cm long each – that’s nearly the hand size. The characteristic feature of the ants is their ability to join into groups and work together. So Festo engineers have incorporate this quality into their roboinsects. They programmed each of the 3D printed insects to make up its own decision related to the common aim, especially concerning moving large objects from one point to another. While the ants will not be able to do something themselves, a number of sensors and cameras will help them determine their location and the sizes of the object. There are special grabbers on their chins to let them grab the items. Using the wireless communication network three ants can work together.

BionicANTs have become part of “Bionic Learning program” by Festo, and they fit in the theme “Join the Network”. They are just one example of small robots showing the communal insect behavior. Festo is currently developing one more project that focuses on butterflies and the patterns of their interaction. The ultimate goal of such projects is to produce intelligent robots that can work in factories, plants and other places where something may go wrong the environments are likely to change. And 3D printed ants are a huge step towards this goal. 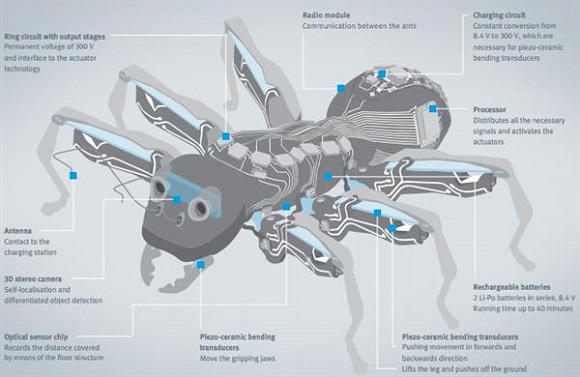 Festo explains that BionicANTs are made up of 3D printed shells with electronic circuits. Laser sintering 3D printing technology helped create their plastic bodies, which were fitted with antennas to let the robots charge the batteries placing them on the power source. The grippers and legs consist of ceramic actuators, which ensure accurate, compact and quick movements. 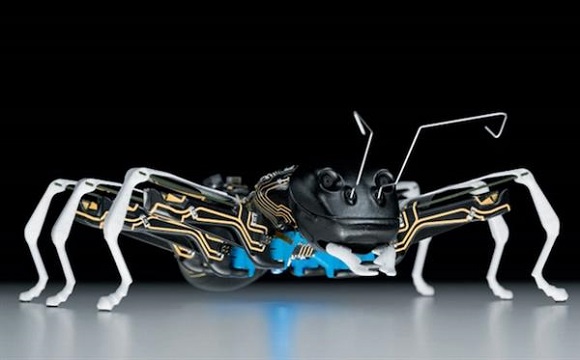 You can watch these nice 3D printed insects during the largest industrial technology trade fair The Hannover Messe. The fair is to take place from 13 to 17 April. It is the most suitable place for 3D printing enthusiasts to look at 3D printing innovations of the year. If you manage to be there, you will have a chance to see Festo’s BionicANTs alongside their butterflies. 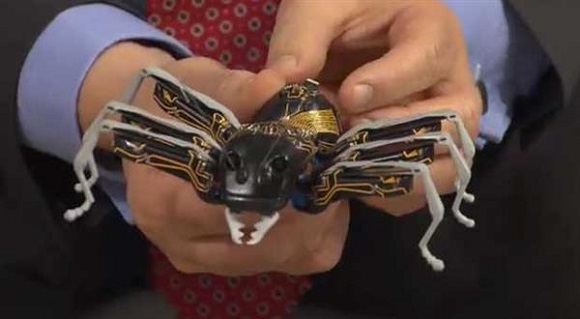