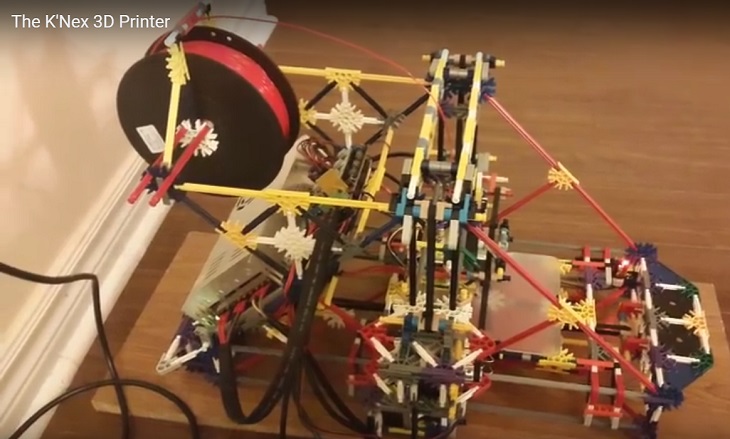 3D printers have the power to create plenty of things, but you can actually make a 3D printer out of anything, making it one of the unique technologies that we have. A lot of people who are into DIY projects are very interested in 3D printers because it can create various objects such as chocolate and Legos. As a matter of fact, these Legos are perfect raw materials for creating 3D printers. Other than Legos, there are also other childhood toys such as K’Nex, which are still present up to now, and are used not only for building models of lopsided cars. 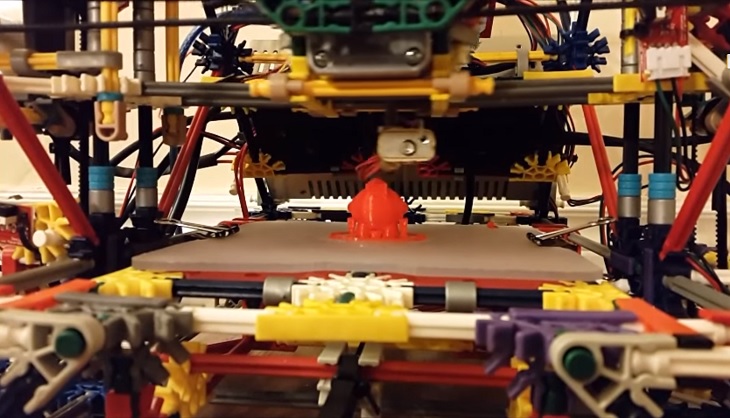 For sure, the technology behind 3D printers is truly amazing and fascinating. In fact, the 19-year old Mohammed Al Aryan, a student at McMaster University in Ontario, Canada who is currently taking up materials engineering, used his imagination in creating his own 3D printer. He first used an Orion Delta 3D printer in his engineering graphics and design course when he was still in his first year. The said printer was used to produce gears for a particular project. After that incident, Mohammed became very interested in 3D printing.

To know more about the technology, Al Aryan researched more about his project and learned a lot about K’Nex 3D printers such as the Mec’Nex printer and K’Nex/Lego hybrid. It took around six months for Al Aryan to complete the printer, including one month of waiting for the parts to be delivered. As much as possible, he wanted to design a printer that would work just as how reliable commercial printers work. During the same time, Al Aryan was also continuing his engineering studies.

One of the reasons why he was successful in building this printer is he would test various parts to make sure that they are compatible with K’Nex. All the parts that were bought were utilized in building the 3D printer. Buying a few parts at a time also helped him save money.

The 3D printer he created had a build size of 56 x 36 x 31 cm with a print volume of 100 x 140 x 105 mm, and was colorful and successfully working. His 3D printer has Pronterface controller software and Marlin firmware. To prepare his print jobs, Al Aryan is making use of Slic3r. Before experimenting in making objects with different speeds and materials, he wants to improve the current quality of the print first. So far, he has only tried at a speed of 40mm/s in printing with PLA.

It is not only K’Nex that was used in creating the working 3D printer. It also includes a 6” x 6” Fleks3D print bed, a GeeeTech MK8 extruder with a 0.4 mm nozzle, and 5 NEMA 17 stepper motors. Being resourceful has helped him create this $250-worth printer, which turned out to be a great invention. The finished product has made rounds across the globe because it is not like one of the commercial 3D printers that we have in the market. Al Aryan definitely has a great combination of creativity and great imagination for being able to finish this resourceful technology.