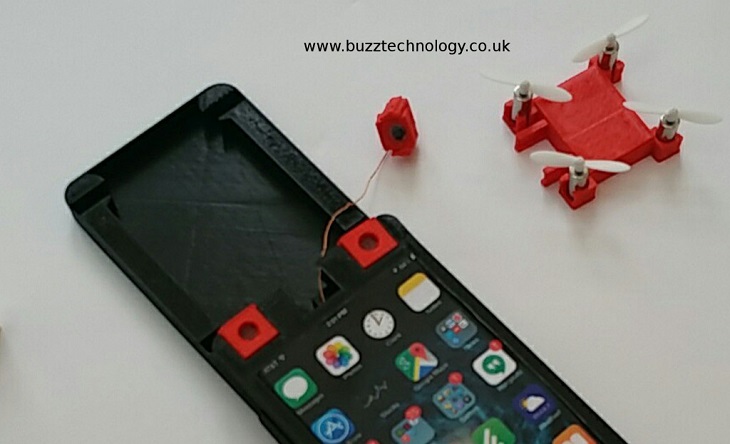 There are plenty of modular approaches done for electronic and mobile products that were believed to be advantageous for the future generation. Unfortunately, the creations of modular smartphones, as well as Google and 3D systems, failed to produce the concept of the Project Ara even if there were lots of attempts made. But this doesn’t stop Buzz Technology from creating two 3D-printed prototypes that include a drone-in-a-phone and a cam-on-a-cable.

The Prototypes of Buzz Technology

Buzz Technology was founded by Senake Atureliya who is one of the finalists in the British Inventors Project. The Gadget Show Live has showcased the visions of Buzz Technology wherein 3D printing was used for the creation of the prototypes. The Drone-In-A-Phone is a tethered tiny drone aircraft that you can easily fold and put in a camera case. Buzz Technology have successfully shrunk the size of the drone as well as its weight by placing the battery on the smartphone and by making use of a folding system case that transforms it into a pocket-size device. The minidrone can survive even when there is a strong wind and there is also significant increased with its flight times.

Buzz Technology are planning to launch a standalone phone case for this concept while asking for a crowdfunding on Kickstarter as early as possible. According to Atureliya, they have produced the prototypes with the use of 3D printing, thus showing how startups are capable of creating functional prototypes that can be applied for various technologies that we have such as electronic and mobile products.

For the second prototype from Buzz Technology, you will be reminded of the concept of Project Ara wherein modular camera lenses are the main focus. The Cam-On-A-Cable is a camera solution that enables the user to detach the camera from the mobile phone instead of having it fixed into the body of the mobile device. It only means that you can place the camera anywhere you want making it more flexible. 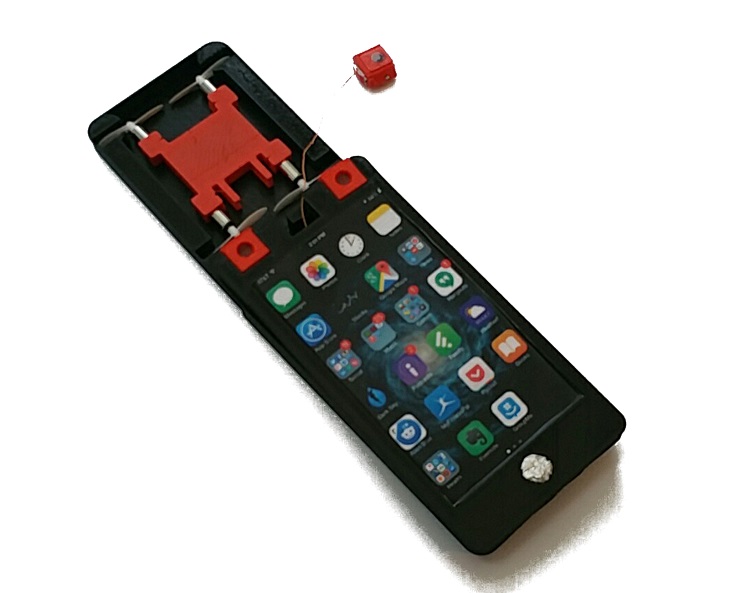 If you want to take photos and videos without using your hands, you can just clip the sensor into a set of eyeglasses. You can also use the camera for a live footage by placing it on a bike or a car with the presence of magnets. It is possible for you to put multiple camera sensors that make use of various lenses in just a single smartphone. You can also experience its macro capabilities or capture wider angles by swapping the sensors. You can also capture an aerial view if you will combine the concepts of the Drone-In-A-Phone and the Cam-On-A-Cable.

Buzz Technology was capable of presenting the proof that functional prototypes can be created by startups. You could see the prototypes on the Gadget Live Show in Birmingham, UK. The idea of introducing these products in the market still requires investment and further developments. However, you can already see how 3D printing is being incorporated to different technologies nowadays.