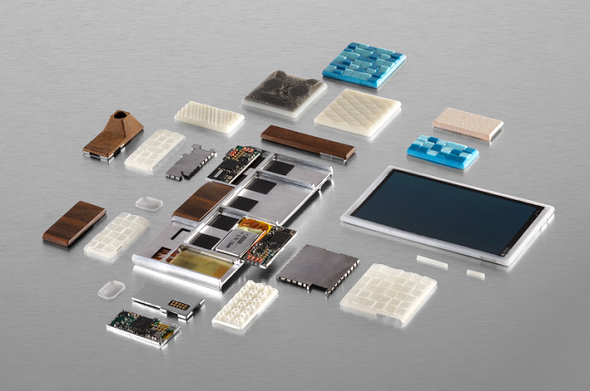 Earlier, we told you about the project called Ara in our previous articles. Project Ara is a modular phone concept that was originally started by Motorola and was kept by Google after recent purchase of Motorola by Lenovo. Also last November Motorola announced their partnership with 3D Systems to develop high-speed 3D printing platform and fulfillment system to support Project Ara’s needs.

Google expects to sell the entry level unit no higher than $50. It will include a touchscreen, Wi-Fi radio and the circuitry to run both. All other parts of the phone could be purchased in specific kiosks that Google plans to open after the phone release. It will allow users to construct their own phone and easily choose its characteristics from low-end to high-end model.

Paul Eremenko, from Google’s Advanced Technology and Projects group says that a functioning prototype of the Ara phone is weeks away. The first work version ready for launch is expected in the first quarter of 2015.

Also the first Ara Developers conference will take place this year between April 15 and April 16 in Mountain View, California. It is planned to present the first release of Ara Module Developers’ Kit.