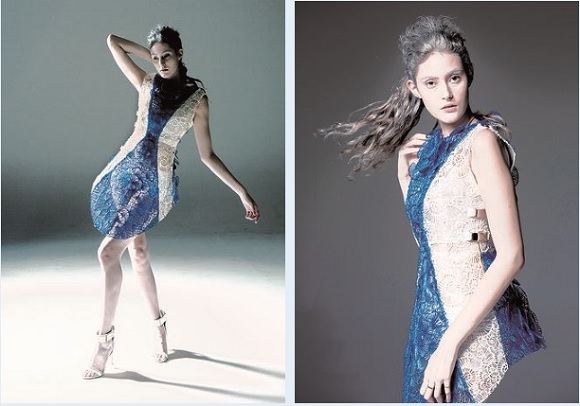 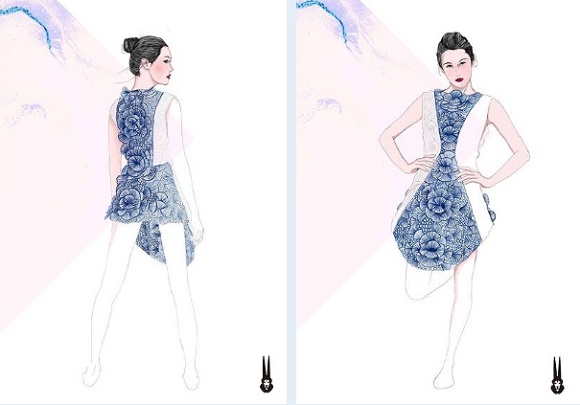 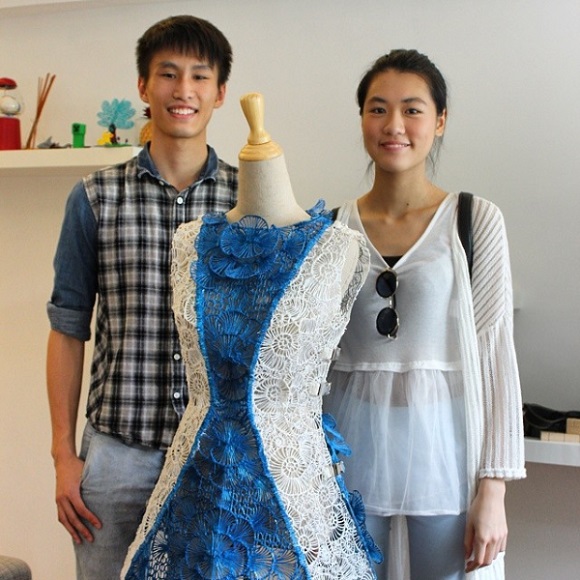 As SHIGO explains that this is the first time anyone has ever used 3Doodler to print clothes entirely from plastic. The 3D Printing Pen’s Dress project is going to be a challenging task that they a will set for themselves. Thus they aim at demonstrating the possibilities of new technologies. 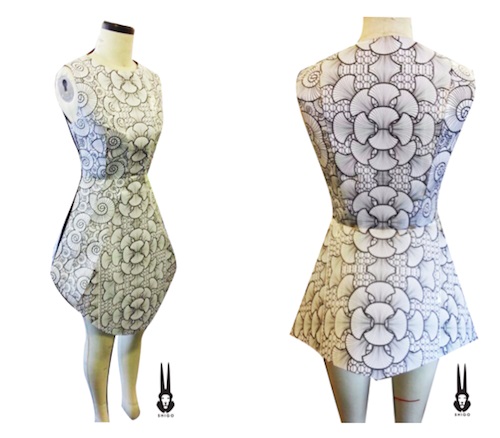 The topic of the first cooperation project developed for SHIGO had seashell as its base. Seashells of two patterns have been used and interwoven together and so they got the final version of the lace dress design. 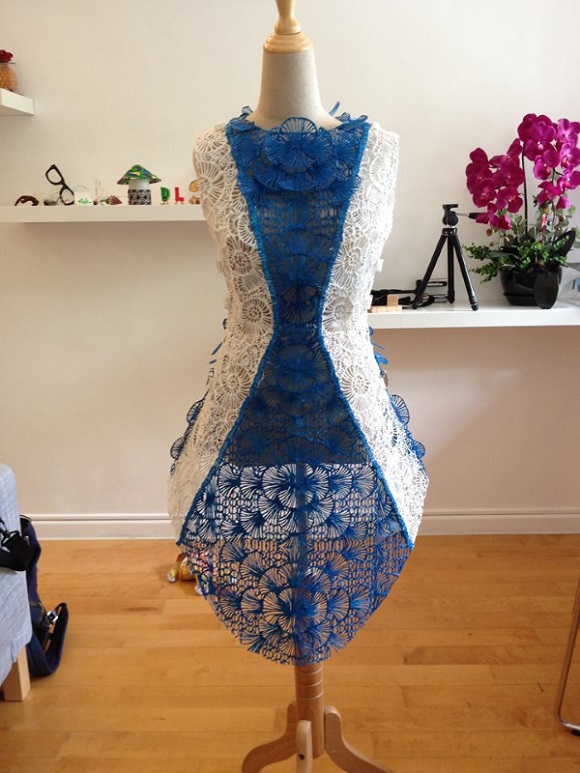 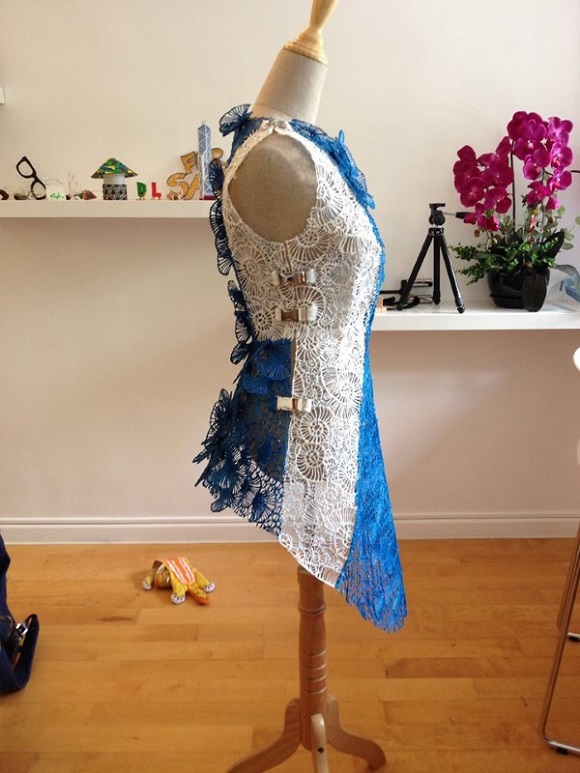 The project was completed within three months. During this time the team chose the patterns and tried to work with 3Doodler to add 3D effect to the dress. SHIGO likes experimenting with new things. First of all they started with constructing the basic layer made of thick paper. Then on a 2D printer they printed out a seashell pattern and attached it right to the first layer. After that they used the 3Doodler to draw a pattern. They decided to use 2 types of PLA plastic – Diamonds & Pearls and Blue Steel. 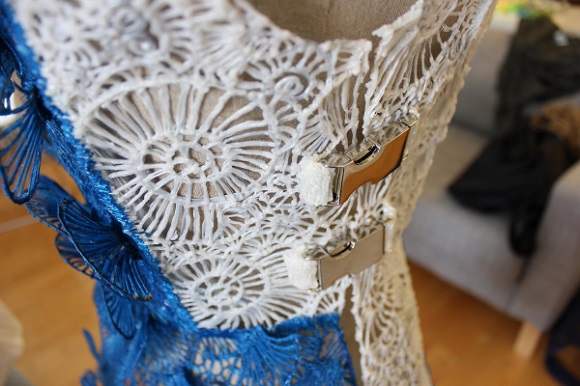 When the doodling process was finished in every detail, they peeled off the pattern papers and so just the ready plastic seashell pattern was left. Buckles were the only part not created by 3Doodler. They were attached to the sides of the dress and the shoulders with PLA plastics. 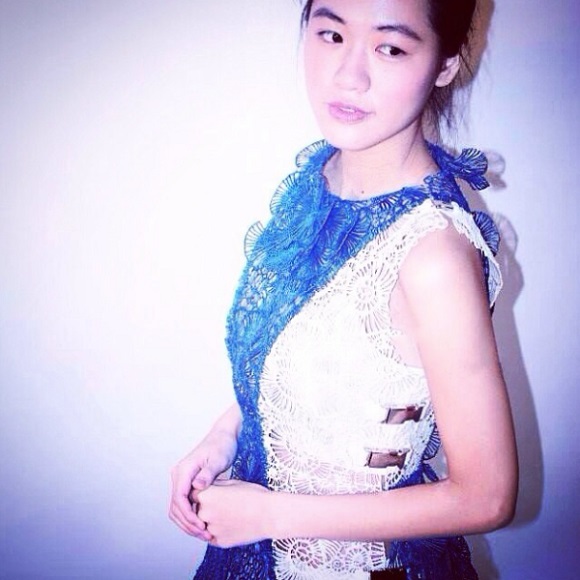 The designers believe that such a dress with 3D printed seashell laces will be a success and will inspire designers to use more 3D printers in their work. 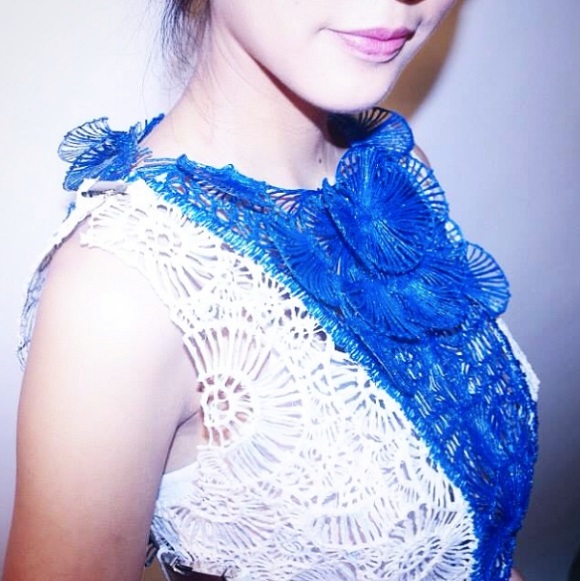 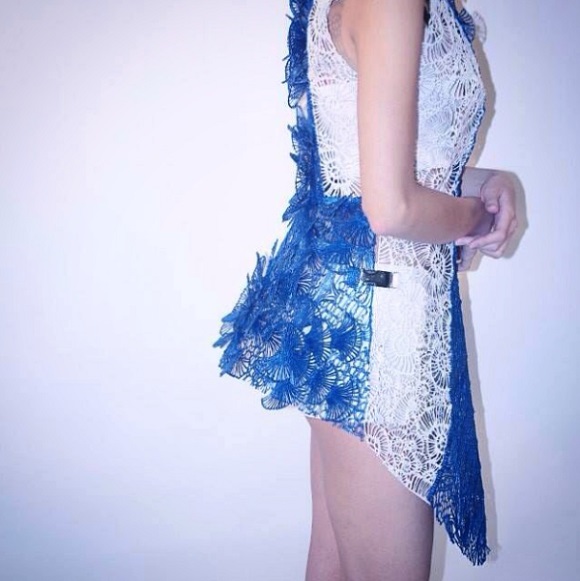 3D printed trees can save enough solar energy to power smartphones
3D Printed Voxel – Is It a Table or a Seat?
MIT Creates a 3D Printer That Can Make Glass
How To Print The First Road-Ready 3D Printed Car