There are different things people can do with a 3D printer, and the complexity of creating something beautiful is a challenge. Moreover, that challenge is expressed through bringing 200 entries in the contest during the European Shell Eco-Marathon that was held in London. The challenge was to create a vehicle that can travel the farthest using only one liter of gasoline. That sparked many responses coming from 29 enthusiastic countries.

Many participants used the latest technology available and a broad spectrum of materials and a full notion of design, shapes, and sizes.  An entry from the Indonesia’s Institut Teknologi Sepuluh Nopember used PVC roofing that was combined with applications of gaffer’s tape while the UK’s Aston University managed to get their hands on a flat packed car made out of wood. There were also different types of entries during the contest and all of them were using high-tech carbon materials to keep the vehicle’s weight manageable and other panels that from natural resins and eco-friendly silk.

The main eye candy during the contest was the vehicle called CityJoule which was entered by a group of talented builders from the University of Nantes. The team was also working in conjunction together with a local high school. The design was inspired by the form of a dropping water which results in being the most aerodynamic car in history because of the drag coefficient being less than 0.1. Aside from being the most aerodynamic vehicle, it also has a powertrain, wheels, and the total weight of the vehicle is only under 80 kg.

Also, there is also a car named TIM07, which was created by a combined team from two colleges in Toulouse. The team was very familiar with using CNC machines for creating the CAD design of the exterior. 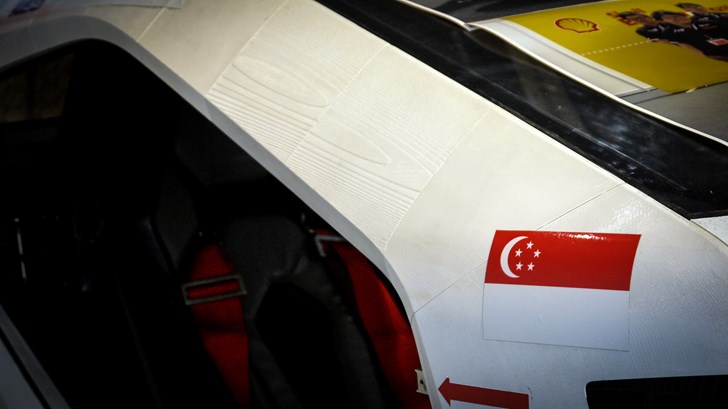 Many designs were very eye-catching just like the vehicle that was set up by a group of students from Nanyang Technological University from Singapore. These kids used the 3D printing technology to its fullest form in the creation the concept vehicle. Another Indonesian design called Venture 8 entered in the urban concept category which requires builders to create a car that can be roadworthy. The challenge was to rebuild a vehicle that has four wheels, lights and windshield wipers.

The best additional feature of the design and what made it stand out compared to other cars was the drivable carbon fiber chassis. The frame can run even without the whole body. One interesting fact about the Venture 8 is that it has 150 printed parts which were later on glued together. Also, the team was also interested in the probability of creating a vehicle using 3D printing alone and also investigating the possibility of building an entirely customizable model that can fit any chassis. There were also many teams that incorporated the 3D printing technology into the designs of the cars. The printed parts were used either for aesthetic use or functional use such as 3D printed steering parts.

The design that won had a distance traveled of 1,619 miles and the winner of the Urban Concept Car traveled 277 miles.