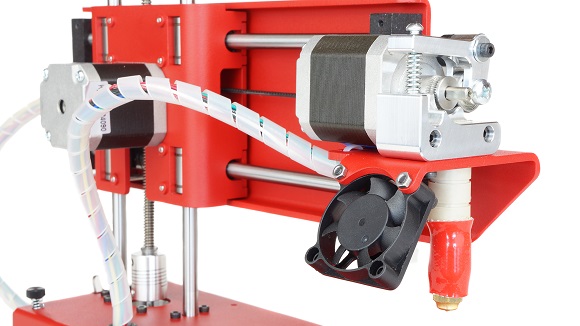 This year’s 3D Print Show introduced some interesting projects that could be used for almost anything from fashionable designs to wood-printed furniture. Surely, these were represented together with the latest in 3D printing technology. Companies try to introduce their newest printers and materials for those who corporate home manufacturing.

For example, Printrbot – one of such companies – represented their freshest model to its Simple line, completely made of metal. The company is renowned for its wood-based frame 3D printers at reasonable prices, which are an example of open-sourced equipment that can be developed depending on project requirements. In contrast to the laser-cut setups Printrbot is famous for the wholly metal Simple printer which also is a bigger build-plate with self-leveling characteristics with longer Z-axis rods, which is better for more complex project builds. As stated in Printrbot’s press release, with the wholly metal Simple 3D printer in combination with GT2 belts and pulleys the machine are able to develop prints (at up to 100 microns) that can compete with more costly setups on the market nowadays.

The printer is available in numerous powder-coated colors, among which there are black, red, white, and industrial-looking silver (a bit like grey), and can either be purchased as a kit (at $539) or fully assembled (at $599).

Brook Drumm, who successfully financed his first creation via the public-funding site Kickstarter, established Printrbot in 2011. The initial idea was to invent an available 3D printer that everyone could use at home themselves for easy projects. It immediately got popularity with the buyers as a trustworthy equipment supplier. Nevertheless the company states that any fault with the kit builds is out of their responsibility for it can’t guarantee enough technical experience of the consumers. 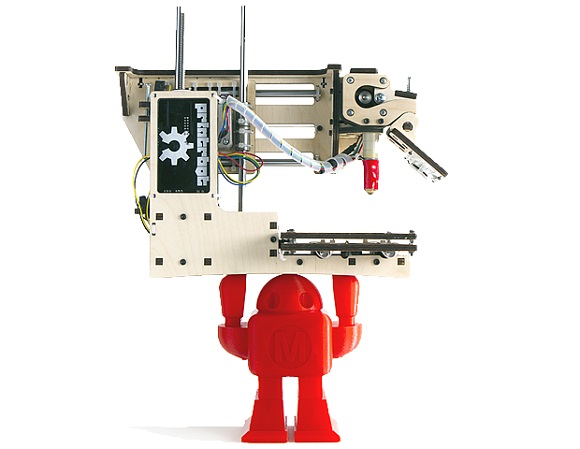 Printrbot also attracted press attention when it represented the Printrbot Go V2 portable printer, which is available in three sizes such as the Go Small, Go Medium, and the Go Large (or Go home). All of them are totally constructed and feature a Raspberry Pi pre-loaded with OctoPrint software for wireless printing. The printers are as well equipped with the same GT2 belts and pulleys found on the wholly metal Simple printer. Each of the portable 3D printers is supplied with an onboard ATX power supply and can get powered by a laptop battery to be available for printing in the field.

Portables are found more expensive than the desktop models (from $1,299 to $1,699); but in contrast to desktop models they can be used literally anywhere from submarines to space stations.