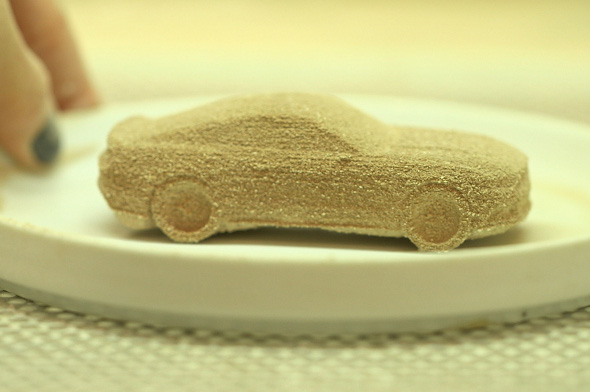 It looks as if everybody is trying to catch up with the 3D printing tendency these days, only for the purpose of promotion. Recently Ford has added their name to the extending list of corporations using 3D printing technology. Still they use it for manufacturing as well as for charming small promos as those in the picture. 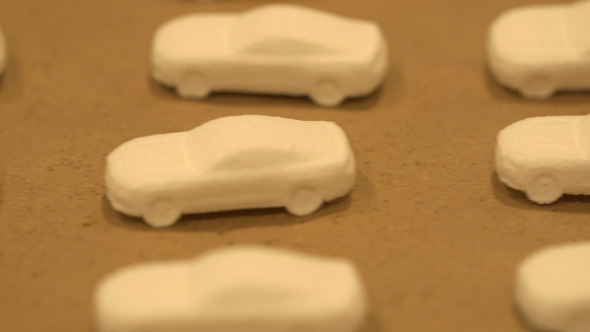 For Valentines’ Day, which was quite recently, Ford has decided to create a mini 3D printed model of their new 2015 Mustang. This is done to feature the fact that 3D printers are employed in the manufacturing their real cars as well.

For instance the 3D printers are used to produce some constituents for the new Mustang among which are:

For this enterprise, Ford joined 3D Systems, and their just obtained, Sugar Labs, out of LA. Paul Susalla, Ford’s 3D printing supervisor confessed that they intended to create something for fun to show that 3D printing on manufacturing level can be used in the development of a sports car just as it is used for making edible cars.

On the video below you will notice that a plastic version of the car was produced first, 4 inches long by 2 inches high. Then it was 3D printed from a chocolate and sugar substance. Layer by layer the printer adds a small mass of powder sugar, and finally hot water which crystalizes that sugar layer. In the end the ready-to-eat car is printed out.

If you want to eat a Ford Mustang one of these days, you might have difficulty with it. Ford only produced a few of them, and doesn’t intend to print them in large quantities.