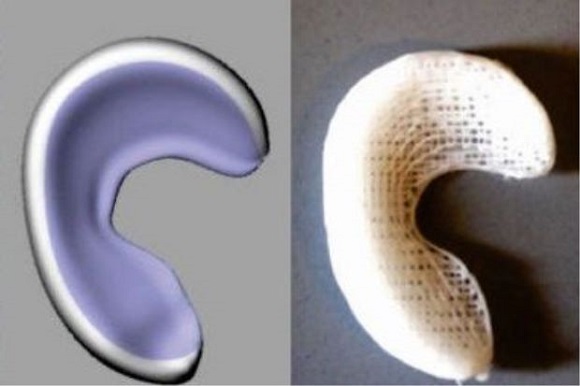 If you are a sports enthusiast or at least watch sports live from time to time, you probably know that one of the most common types of injuries among sportsmen is knee injury. Those who do sports, as well as the elderly, are predisposed to knee problems either due to injuries or because of aging and arthritis. In most cases it’s the meniscus and the kneecap that suffer most. The meniscus is gristle in the crescent shape, which covers the knee joint. To speak more precisely there are 2 menisci. The common treatment for the meniscus is repairing small parts. To repair the larger parts doctors have to remove the meniscus, so the joint is left vulnerable. Transplanting tissue is hardly successful, so there’s great need in a better treatment.

Nowadays researchers from Columbia University Medical Center, New York, have come up with a new way of treating menisci – 3D printed implants. Jeremy Mao, DDS, PhD the Edwin S. Robinson Professor of Dentistry (in Orthopedic Surgery) is the leader of the research team. He explained the failures of the current methods of treating meniscal injuries. As he explained, these days there is little that surgeons can do to repair the knee meniscus. The new method allows surgeons totally replace the tissue. 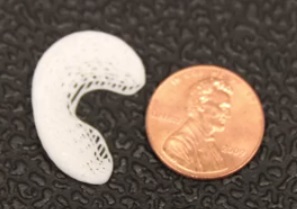 On December, 9, the team published a paper in Science Translational Medicine, in which they described the process they had successfully tested on sheep. The first step is MRI scans of the undamaged meniscus of the patient. The scans are later converted into a 3D image of the knee. The information from the 3D image will у used to produce a 3D printed scaffolding, which is the exact copy of the healthy meniscus. It will take you about 30 minutes to have the healthy meniscus printed using polycaprolactone – a material, which is a biodegradable polymer.

However, that’s not the whole process. To make sure that the meniscus will make a good form from the scaffolding as soon as it is implanted, scientists infuse the CTGF and TGFβ3- connective growth factor and transforming growth factor β3 respectively – into the scaffolding, both of which being recombinant proteins. In the accomplishment of precise tissue engineering both proteins are released in a particular order in certain areas of the scaffolding. The team from Columbia University estimated that such a system of subsequent delivery draws stem cells that are already in the body of the patient and stimulate them to generate meniscal tissue.

The scaffolding can be interposed into a knee during a common surgery and regeneration of the 3D printed meniscus will take from four to six weeks. In the end the scaffolding dissolves and the body gets rid of it. As a rule, all the work happens in the lab when stem cells are removed from the body. But with this new method all the interactions happen inside the human body. 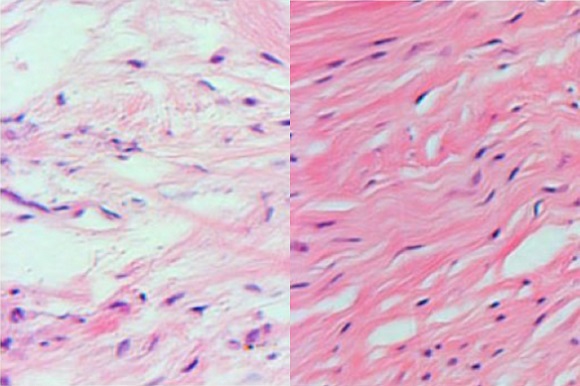 The co-author of the 3D printed meniscus project and a sports medicine orthopedic surgeon Scott Rodeo MD hopes that their new method will be widely used with so many patients who need meniscus removal. Up until now the procedure has been tested on the sheep, whose knees are very close the humans’. At this stage of research scientists check the endurance of the tissue. They are very optimistic about it and hope that when it is approved and they are allowed to use it on the humans, you will be able to get your own 3D printed scaffolding in a couple of days.