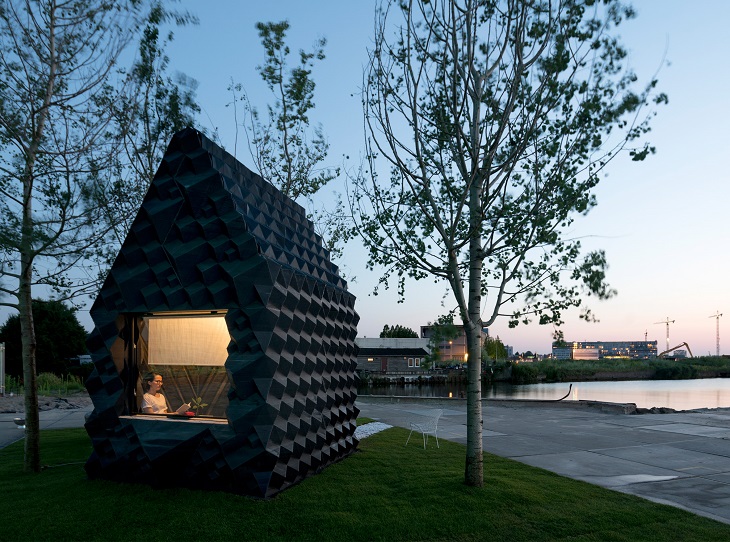 The use of 3D printing technology in creating innovative and cost efficient infrastructures is now being recognized all over the world. The conceptual idea about this technology is now applied for different purposes. As a matter of fact, a particular office in Dubai was constructed by using 3D printing. Alex Le Roux, a professor at the University of Baylor has decided to design and create its own 3D printer in order to come up with a livable house that he had completed in less than a day. There is also a village in Italy that is still in the process of being 3D printed.

It only shows that the technology performs a significant role on how architects and engineers make their designs. This is their chance to put their imagination into reality. DUS architects, a Dutch Studio had 3d printed a house in Amsterdam which they called the Canal House. This is one of the many ambitious projects in 3D printed construction.

A recyclable building that was 3D printed for the Europe building project was given a 3D printed entranceway by the architecture firm. This is used temporarily for hosting meetings that the Dutch Ministries have organized.  Though the project was not yet finished, it never stops the DUS architects to apply 3D printing technology for smaller innovative projects. 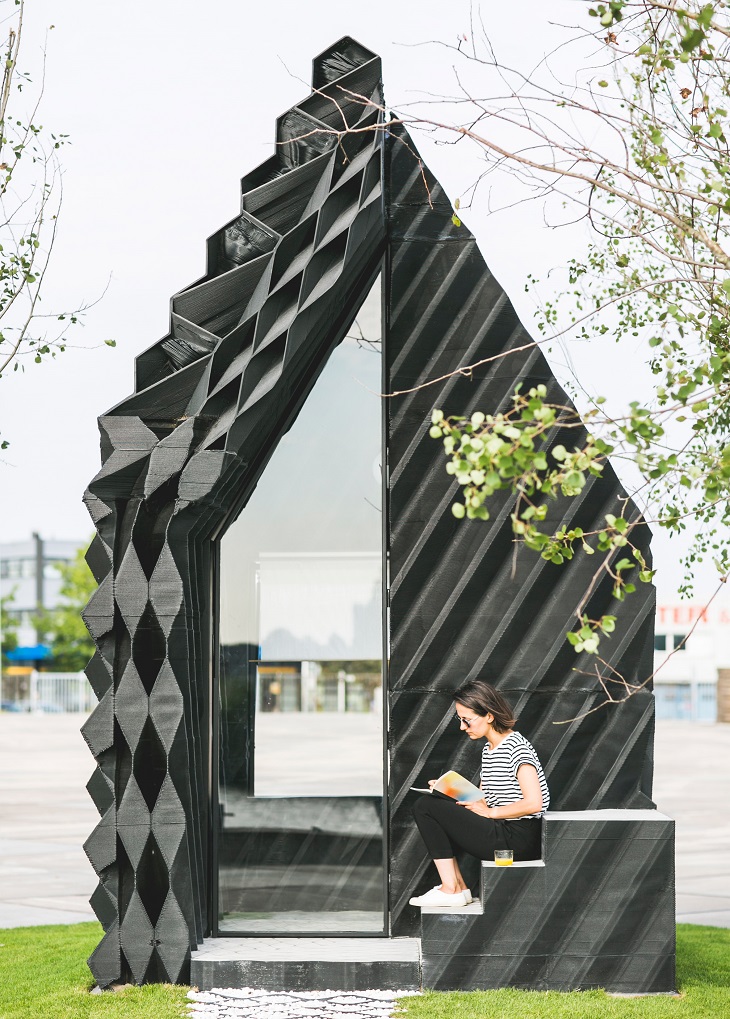 The latest achievement of the group is a 3D printed cabin that has a sustainable bio-plastic material. You can find this cabin in an area in Amsterdam that was formerly used for industrial purposes. The cabin also has its own 3D printed outdoor bathtub. Urban Cabin is just a part of the 3D Print Living It Project that was launched by the DUS Architects. This project will help them explore the use of 3D printing in creating sustainable and affordable structures in an urban setting.

According to the team, the Urban Cabin makes use of a black “bio-print” material that can be shredded down and can also be reused in creating new designs. The main component of the material is linseed oil that was developed with the cooperation of DUS Architects and Henkel, a consumer manufacturing company based in the UK. The cabin only measures 25 cubic meters. 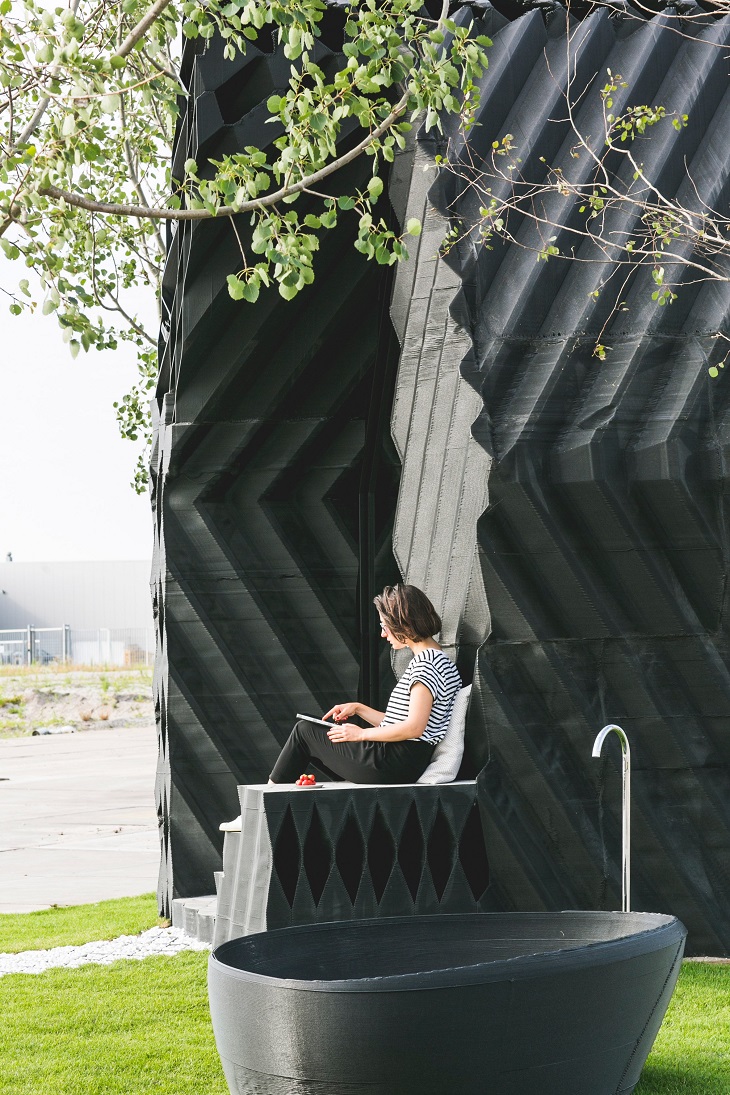 For the flooring of the cabin, they have use a little amount of concrete. It can only accommodate a twin-sized bed however the team had provided the structure with 3D printed bath and mini-porch. The design of the Urban Cabin was created by Martine de Wit, Ivo Toplak, Hans Vermeulen, Martijn van Wijk, Peter Hudac, Inara Nevskaya, Foteini Setaki, and Hedwig Heinsman. It was 3D printed and arranged by Nathalie Swords, Jasper Harlaar, Sven de Haan, Joe Platt, and Ina Cheibas.

People can book the cabin if they want to stay there for a short period of time. This will help them escape from the real world without going out of the country. It only shows that the DUS Architects are one of the most inventive groups when it comes to contemporary architectural structures. 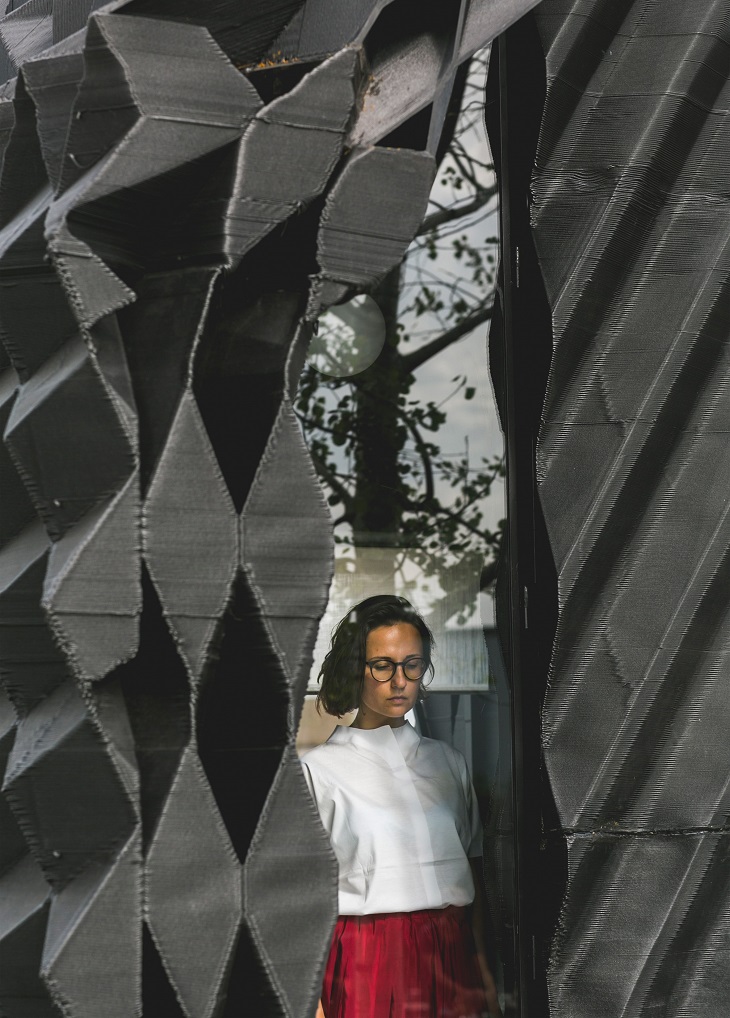